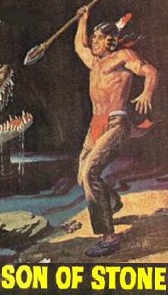 Kind of a wonky question that I doubt works, But if I get a Microsoft Store Gift card Then use that at the microsoft store to get an Xbox Gift card?

I was told yes in chat via MS-com's store support some months back but didn't try it. Just started getting Walmart through rewards, it's more points to redeem but easier and I can buy MS$$ through Walmart's email code without a expiration or direct deposit.

Wolfenstein ll: The New Colossus [Xbox One]  -Like New/Complete.

I wonder if this is just for the Xbox Gift Cards or if it will apply to Xbox Gold Memberships and Game Pass too.

My friend I were talking/wondering about the very same thing. It doesn't mention anything under the restrictions for those atm at least but it could, or it may be in the works as things are subject to change and changes are being made. I'm not sure if in the past if it said a code would be sent in the description but it doesn't mention a code.

Our family usually builds up the LIVE one year on an account and put it on the primary account the console is registered, 12 months hasn't been offered lately but is back now, no 12 month Game Pass available just one and three months.

Too I see there isn't a $50 option now, i thought that it was there at one point on one of the two GCs.

On the accounts we get promo credit we're thinking about getting the Wal-Mart $5 though it's 1/4+ more points I believe you can get Xbox credit physical cards online and there would not be an expiration once added to any account you choose skipping direct deposit and being able to build points in one account.

MS Rewards changed up the redeem method of the Xbox/Microsoft gift cards. Instead of getting a code it's applied directly to the redeeming account, no more emailed codes and selling or stacking several account's codes into one account. I thought there might be a change coming because I noticed during the last "Hot Deal" in March that the codes redeem by date were 9/30, then the first few days of April I redeemed a non- Hot Deal $10 promo code and it went back to 6/30.

NEW! Microsoft Rewards has enabled direct deposit. Now when you redeem points for an Xbox Gift Card the value will be directly deposited into your Microsoft account. You’ll no longer receive a code in your inbox that you’ll have to take to Microsoft.com to apply yourself. We’ll only email you to confirm when the value is ready for you to spend.

When you confirm your order for a Xbox Digital Gift, you agree to its full value being added to your Microsoft account. Subject to the Microsoft Gift Card terms.