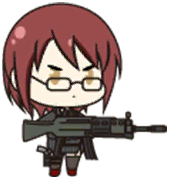 bappt hasn't added any friends yet.

I think they did that for the collectors that don't like opening the collector's edition just to get the game and lose all it's value. With the game on the side, the box is still sealed and safe.

It's dumb but I get the attempt

Apparently some of the ratings boards were also starting to be interested in the content of art books and posters (all the Japanese preorder artworks which wouldn't even pass Nintendo's lax policies) so they created a collection box with no game console branding on it.

It's an okay game. The story missions are easy enough to beat, but the requirements for some of the extra achievements like not bumping into walls takes some skill. They try to take the story in a dark turn at the end but it never goes anywhere and doesn't even show up in the anime. Easy platinum too, unlocking everything and playing the tutorial is all it takes. Outside of the Senran Kagura DLC the other stuff is an extra color scheme for costumes in game.

Looks like the Ryza sale is also going to hit Playstation. The Japanese focused stream is 12 hours from now.

The Atelier Ryza preorder bonuses are being re-listed as a celebration for 1 million sales.

The Summer Adventure and Divermento's Embrace costume (That unlocks a brief moment between Ryza and Klaudia) are coming to all platforms.

Another DLC for Ryza 2 will be announced in a live stream on the 31st in Japan (8:30 AM March 31st Eastern)

How do the NiSA digital soundtracks work, if it's known? I saw the Poison Control Contaminated Edition also uses a digital soundtrack (sampler? I think) Do they just give you MP3's or do you have to use some special software/service/library nonsense?

At least in the case of the Xseed ones I've gotten, they just copied an MP3 to an inserted USB drive using an separate application on the console.

Azur Lane Crosswave for Switch has limited time free DLC. It's Neptune from the Neptunia series and only available until 3/16

Sophie has a new event and costume

Firis has a bulldozer

Ah, I have the physical disc!  Hopefully, they allow it to be purchased eventually.

It still shows as free on PSN

All the DLC I've ever gotten for Atelier games have been through email.

Where did you find that chart?

/r/Atelier modified the graphic used by Koei Tecmo Europe. The EU premium box is actually being sold directly through a "Koei Tecmo Europe" store (really the same place Idea Factory Europe and NISA Europe ship from) so their graphic included it unlike Koei Tecmo America.

The Puni shirt (limited to physical console preorder) and straw hat (digital preorder only) are the two things you have to buy before the 26th. Sonnet of Dawn is listed as "Early Access" on the premium box product page so it might become available later.

In theory the early purchase summer outfits should be free to claim on eShop and PSN, but Steam requires a purchase to get DLC for a game (designed to protect people from buying DLC for games they don't have)

Neptunia Reverse came out in Japan on the 17th. It is just Neptunia Rebirth 1 with raytracing turned on. Lots of shiny surfaces and lighting effects added to maps, but you're still just playing Neptunia Rebirth with the same reused maps. The music and environmental effects are changed between maps so they feel less repetitive (one Lowee snowfield had snow falling, while the other had clear sky.) There were 8 new illustrations added to the game. Half are menu screen illustrations and two of the remaining four are seen during the opening event and another was a Japanese preorder poster.

Definitely not worth the full price on the Japanese store, but the $49.99 asking price for the western version is probably about right all things considered. Idea Factory International has to re-translate PS3 HDN1 for the fishing minigame unless they license the script from NISA and possibly re-dub a couple actors since the original Vert and Noire were replaced.

Atelier Ryza 2 came out in Japan. I went with the PS5 version of the game. Pretty much it just loads faster, but there's a weather effect "after the rain" where the puddles might be raytraced.

It's just more Atelier Ryza except with more budget. By the time the first dungeon is finished you can figure out what the final boss is going to be, but the fun comes from character interactions and crafting.