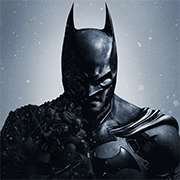 BigTime2Play hasn't added any friends yet.

Merry Christmas Everyone - same here on any hauls, nothing yet. I too been eyeing Disco Elysium as well as Star Wars Jedi: Fallen Order on Epic for $13 after coupon. I’m also thinking about Mortal Kombat 11 Ultimate from GMG for $35.

I went ahead and upgraded to the PS5 from the PS4.  Been playing The Last of Us and Division 2 and seen some noticeable improvements in both.  TLoU isn't listed as one of the "Boost" games but it certainly seems to run at 60fps even in the "Preferred Graphics" setting.  Division 2's load times are much faster and the game is less cumbersome overall.  The sound from both games going through my 5.1 receiver is more accurate and crisp versus the PS4's output.

Yes, I am one of the people impressed by the haptics in the controller.  I first thought it was a gimmick and not as eye popping as people have said but after playing a few minutes of Astro's Playroom, I can't wait to see how developers utilize this feature in future game releases.  I like most of the PS exclusives especially God of War and The Last of Us, Demon's Souls, Spider-Man, Ratchet and Clank, etc.  Also, I would have purchased it eventually when the price went down but the out of pocket cost after trading in my PS4 Pro is about the right price point for me.  So there's a short list as to why I do own a Playstation and decided to upgrade from the previous generation.

Now the Xbox is just, IMHO, sort of insulting.  All of their exclusives are available and run better on PC and are most often cheaper.  I can't be too mad though - it's the main reason why I ditched it and built my own PC.

You're complaining about the game being brutal and "off" and unbalanced yet you weren't guarding, weren't equipping better weapons, not being mindful of your equip load, and only using one stance, apparently.

Sent from my iPhone using Tapatalk

Nioh 2 Complete coming to PC in Feb.  Also Nioh 2 and a remastered version of the first Nioh coming to PS5.

I wanted to like Nioh.  I played through to the, I think, second to last boss and tried too many times than I needed to beat him.  I realized that I needed to grind more and I already put in too much time and effort to get to that point - grinding included.  Mind you, I have played and beat Ninja Gaiden 1 and 2, Demons Souls, Dark Souls, Dark Souls 2, and recently beat Sekiro.

Nioh has some good mechanics, such as the various stances, but it the difficulty seems too unbalanced to be enjoyed.

Finally got a shipping confirmation email from Walmart.  The PS5 has been in transit since yesterday and is expected to arrive today.