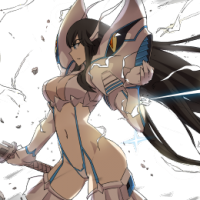 Just watched Playing Hard on Netflix, about the development and release of For Honor

Curious if it goes into how Ubisoft basically shut out the lead dev that brought the game to launch, the guy who was doing all the presentations and the like.

Decided to hold of on RE3 due to the large backlog. I really want to play it but even during this Capcom renessiance it seems like all of their games are price dropping fairly quickly. That and the fairly mixed things I've heard from hardcore RE fans made me decide to wait for a couple months. I just hope they sell the pre-order costume later as I do want that. I'm guessing they will, also based on recent Capcom games.

Other than that Comcast finally updated their site and policies to fully reflect the removed data caps, so I've dived in hard to downloading stuff. I'll likely fill up my 5TB HDD I use for media stuff. I've definitely been dipping my toes into more digital games too, stuff on Game Pass and the like.

Not sure I'll be grabbing much from this Xbox sale, the other platforms are having or about to have fairly big sales as well. Thinking about Ace Attorney or Iconolcasts, but I've already bought some Switch stuff on top of Animal Crossing, and am thinking about $5 Blazblue Cross Tag Battle, though I hear online is dead.

They stopped taking in games sure, but my thought is the transmission that will likely happen from having to deal with customers regularly. The bags still don't do shit about the airborne portion of everything. Customer coughs in your face or into the store and I could see it making it onto a game. Seeing all the dumbasses that have come out of the wood work over the past month, I wouldn't expect all of these employees are taking shit seriously even know. Obviously most people likely are, but it's amazing how stubborn people are still being, just like these people actually going to the store for stuff that can likely be bought digitally.

Workers have been told to wrap a plastic bag around one hand to protect it from exposure to the virus, open the door a crack, and take the customer’s credit card, the manager said. Employees are then to run the card with a hand still encased in the bag, flip the bag inside out, leaving the card inside, put the purchase in the bag, and hand it back through the door.

I love that this acknowledges the large and pointless risk they're taking by claiming they're "essential" while showing that the really don't give a shit about anyone's health over money. This might help employees ever so slightly but it doesn't do a hell of a lot of the idiots doing curbside pickup.

If someone gets a used game is the employee supposed to (or allowed to) bag up while getting the case and digging through the disc drawer? Are they cleaning the card reader after every transaction? People paying with cash kind of defeat the limited touch idea here for other cash user right?

As far as application, if stores are getting a lot of pickups then they will burn through bags fast at this rate. Not a big deal, though I wonder how many are kept on hand in general. I love that someone inside the company that has to be aware of the PR shitstorm about lack of cleaning supplies and trash policies thought that this wouldn't stir up anger again.