Keep an eye on brickseek for a good Keurig deal. One of the best investments for a coffee drinker. Or if you need to-go coffee, McDonald’s has probably the best fast food coffee out there, coffee that costs a dollar has no business being that good

Oof, you savage! Then again, I am a coffee snob so I can't really judge what people prefer to drink.

How do you use a $5 cert online? Trying to pickup MK11 and don't see it anywhere

In the PowerUpRewards section of your account, your certificates will be listed under Active Offers.  Click to expand one of them and there will be a long code you can copy-paste.

Paste it on the first screen of your cart (before shipping, before payment options), on the right where it says "Promo".

CAG has me thinking about hunting for car seats at garage sales. What a strange place this sometimes is.

Didn't Gears of War 5 come out today? Amazed nobody is talking about the guaranteed 59.99 trade credit, unless of course it didn't get it.

At this point I tend to assume anybody who's going to grab a first party Xbox game at launch already has GamePass. I love GamePass, but I'll never understand the business logic behind it - putting all first party titles on there day and date has to be putting a major damper on their software revenue.

All you need is the receipt. Makes it all mute.

Picked up a switch bundle from fb marketplace real cheap today. Thinking about trading this switch for the new one and keeping my old one to mod.

Can you transfer saves system to system? I know dark souls doesn’t have cloud saving and I have 10-15 hours in mine.


Yep there's a pretty easy transfer option, just have to have both switches present.

made worse by walmarts taking away price checkers.

I use the walmart app.  When used in store it'll identify the store and the price check feature should pull prices from that specific store.   I was bothered by my store eliminating pretty much all of the price checkers, but the app for me has been very accurate.

BOY I SAID I GOT GAMECAST

Every week i'm amazed at what one of my local stores unearths from the back.  Thus far ive seen USB dongles from 2012, Monster cables from 2013, and now these:

u must live in an area far far away

I bit on it. I figured it was worth that, I haven't gotten to try a FC game on my ultra wide yet.

You're in for a treat.  New Dawn has improved on FC5 in every aspect.  It's shorter, but $20 is more than a fair price.  I got a little burned out on FC5 in some parts where it just felt like I was repeating the same thing over and over just to advance.  Did not get that feeling in New Dawn and was left wanting more when I was finished.  I got close to 20 hours out of it doing everything 100%.  I do need to finish some challenges that require co-op so if you need to do those feel free to add me on Uplay. 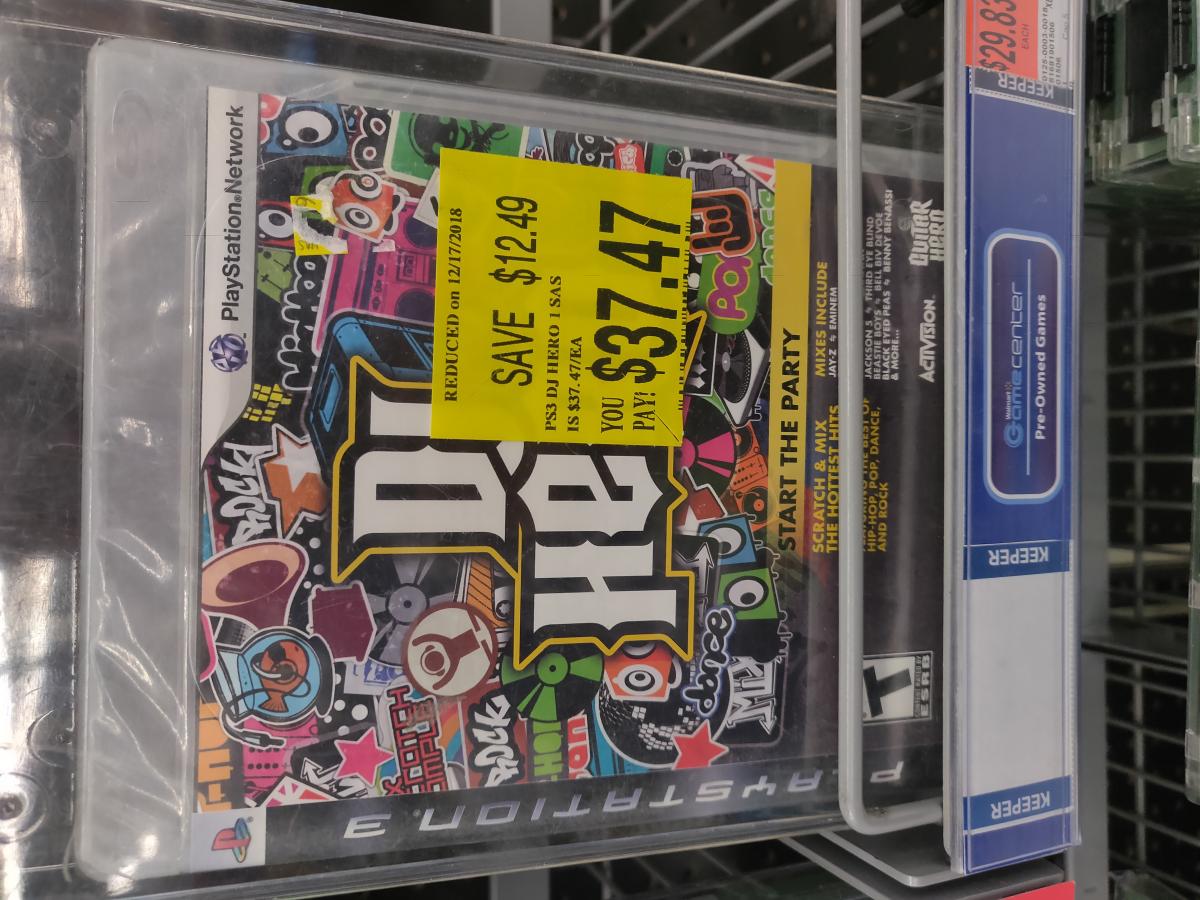 Just dropped by the Fuquay-Varina, NC store and saw a bunch of clearance on a table by the electronics counter. Most of the games were $15 with a few being less. I picked up Mafia III: Deluxe Edition for Xbox One and 50 Cent: Blood on the Sand (X360) for $15 each. 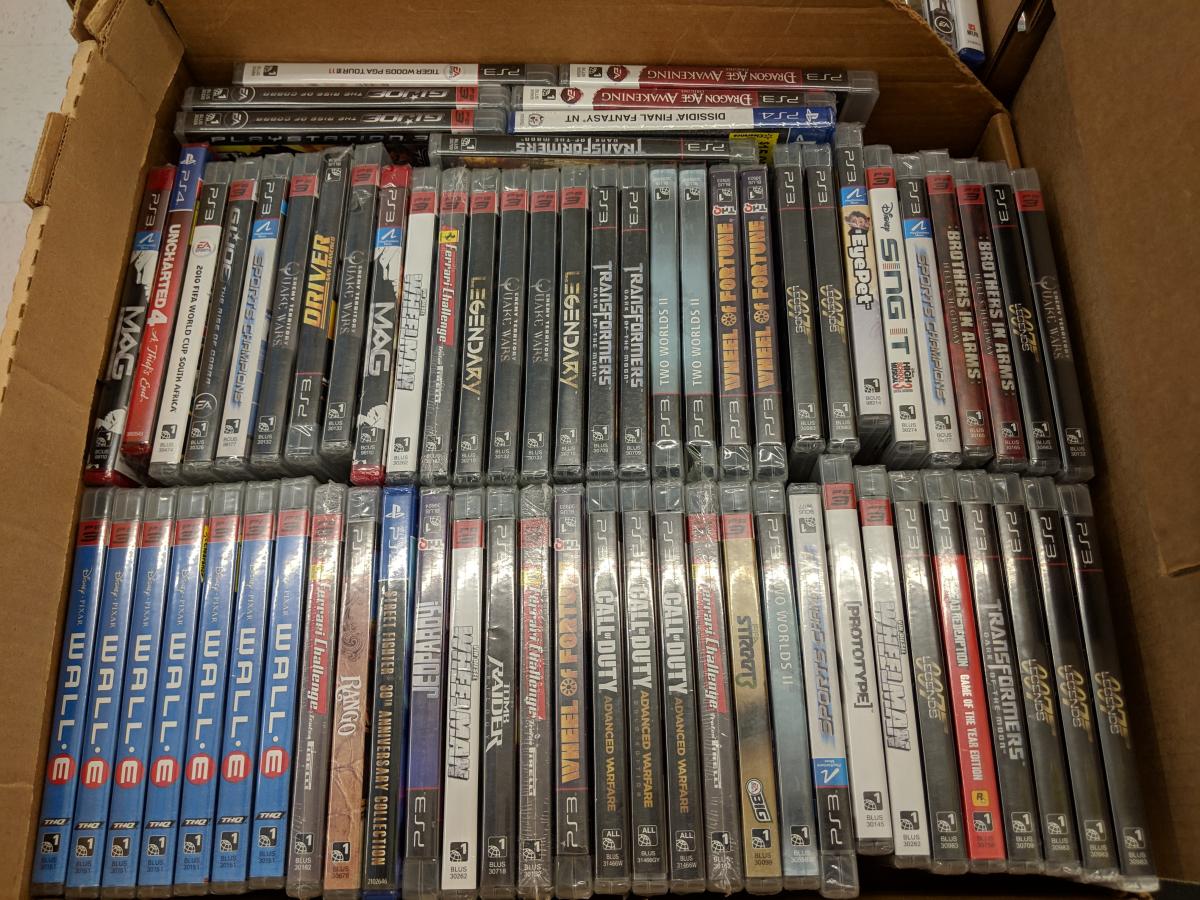 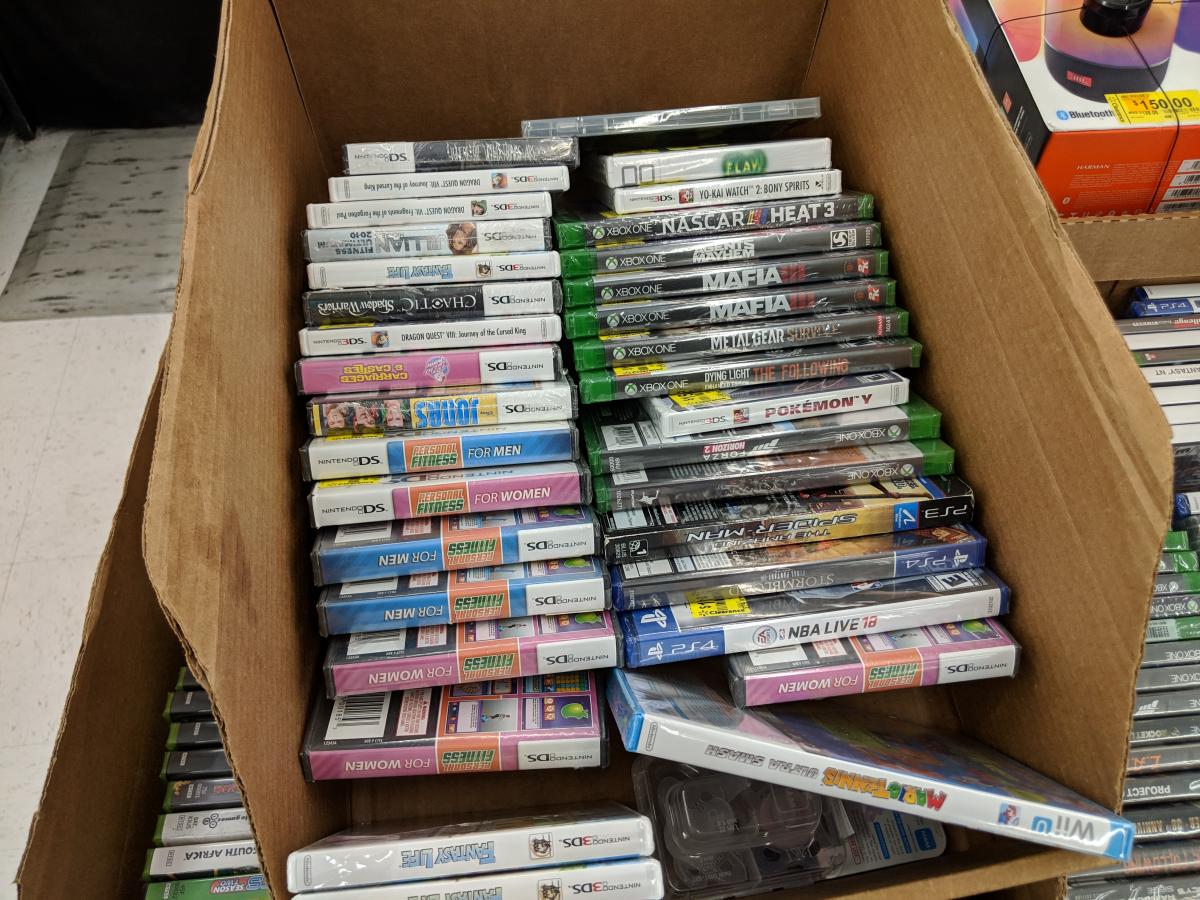 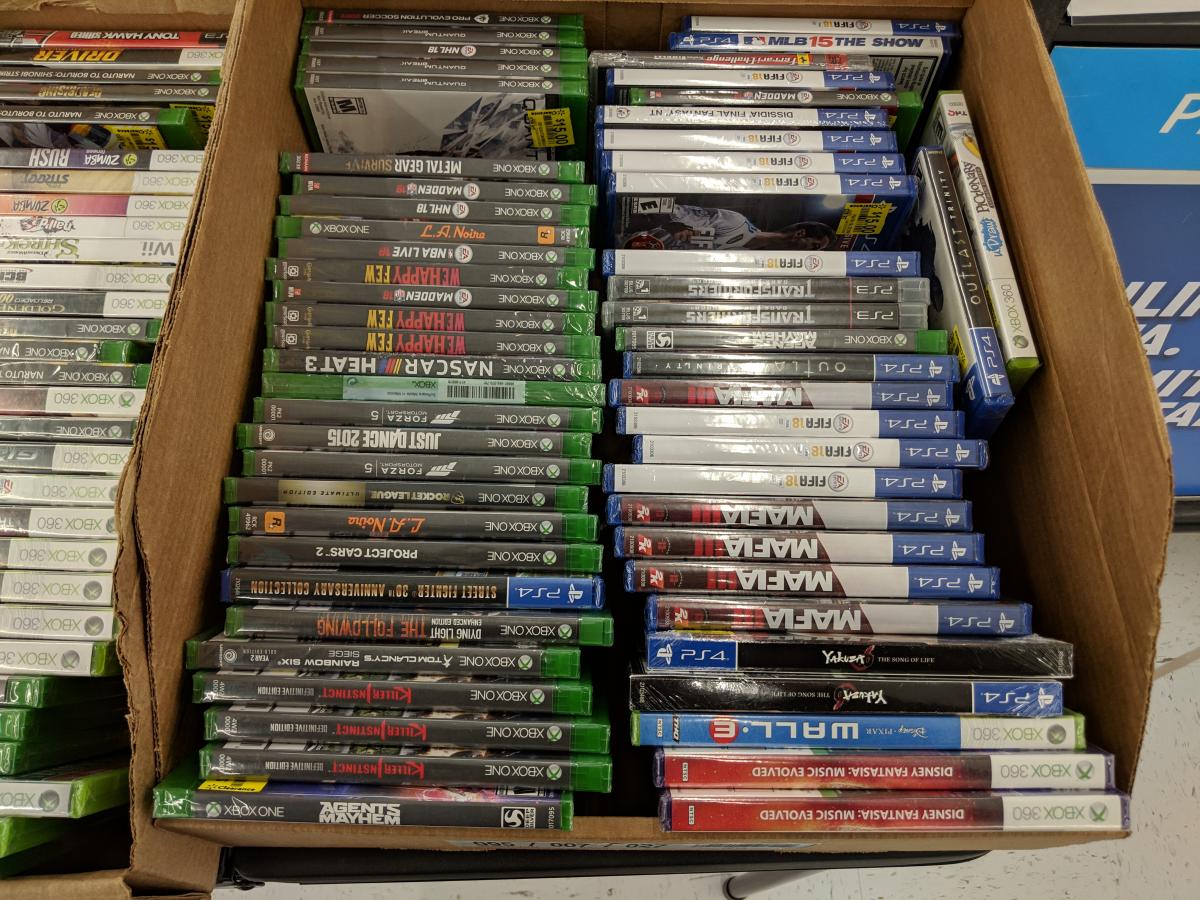 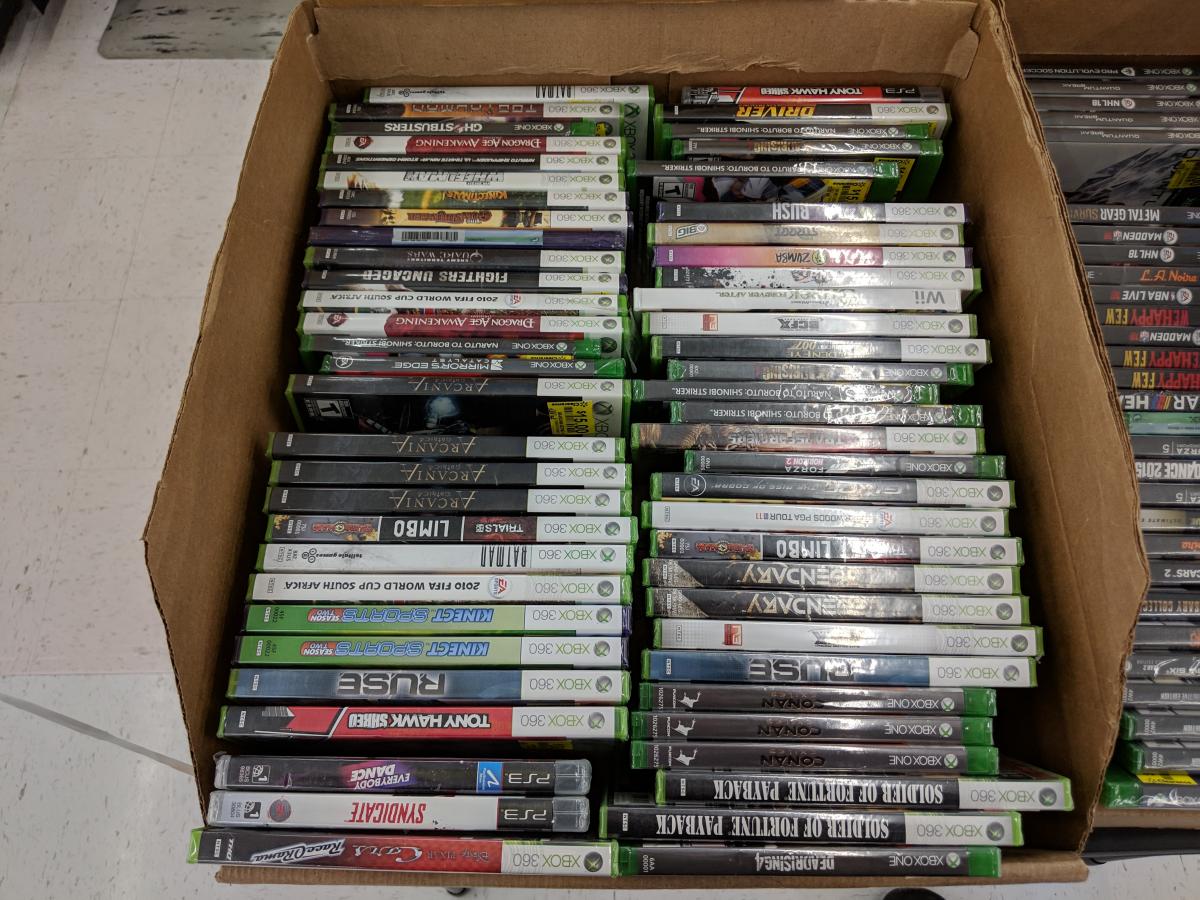 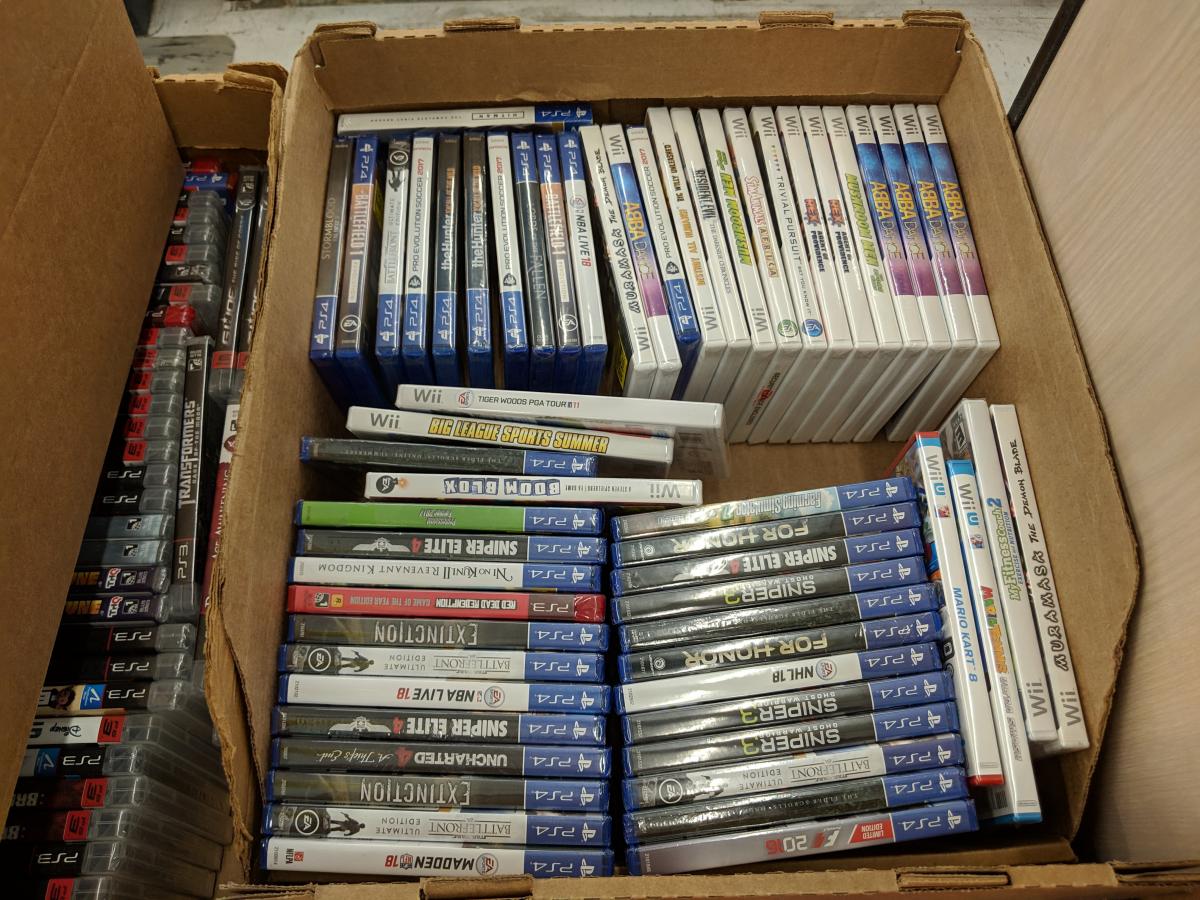 I also found what was supposed to be a copy of Fire Emblem Fates: Conquest for $19 at the Knightdale, NC store but discovered when I got home that someone stole the game and repackaged it for return. Bleh.

The thing is its subjective. I would never pay 600+ for a tv as I have seen the same quality in lower end models. I paid 250 for my LG 49 inch and it works just fine, Ive also had Insignias in the past with the same clarity, maybe with 1 less hdmi then higher priced models. I just saw this deal and figured iI would point it out, I didnt see how the panel itself looks.

I almost always go by price to performance model. I have a G-story 27 inch 1440 144mhz monitor I got for like 299 on Amazon. I bought it last tax season before high refresh monitors started coming down in price, Havent had any issues whats ever with it, even has features I wasnt expecting like a USB 3.0 hub and stuff. But people skip over stuff like it because it's a no name brand, most of the times the internal parts are from other brands over stocks or B stocks.

Now if your a professional and need like the best color clarity or something then I can see in investing in a "High end" equipment sure.

In the end good and bad are subjective. To me a 55 in 4k HDR tv for sub 300 dollars is a good investment, as long as there's nothing majorly wrong with it.

Wish I could have seen it at 150 I would have got one in a heartbeat, Ive spent more on less.

See I've been on both ends. Years back I bought a cheap 47 inch Westinhouse that literally malfunctioned under a year, was repaired, then officially died 13 months after ownership. Later I moved to a Panasonic Viera plasma for around $1,300 and bought a four year service plan. No issues to date. Last year I said screw it, I want to buy a high end TV, and bought an LG OLED.

Now I can tell you as a gamer and mega movie buff (BDs and 4K discs in the thousands), I cannot go back to 'regular' TVs. It is just that drastic of a different to have a high end TV calibrated in a decent home theater.

haha, well hopefully not
here's hoping he was jus messing with us?
dude was cooL and at the very least kept this and the Target thread going...

also it was a breath of fresh air that he ALSO threw in NON-video game stuff in as well.


NOW somebody ansswer me about those BEYBLADES!

F it.  Pulled the trigger. Will report back.  I'll be sorely disappointed if this isn't a brand new nice sweet shiny Sweeeeeitch.