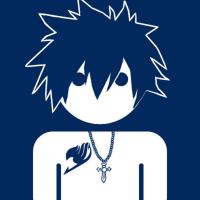 Gearbox is only publishing Godfall. The dev team is Counterplay Games. Their resume is a dead (no updates in 2 years) F2P digital card game, Duelyst, and having employees that worked at other studios. They also only have 75 employees, which is likely not enough to make regular content if it is a looter game.

I'm not saying the game will be bad, but I'm keeping low expectations.

It's also coming to PC via the EGS so if you already have a capable PC then that's a much cheaper way to play it.

Anyone who ordered that Astros A40's when they were on sale the other day might check your emails. Looks like all of the orders are being canceled unless you got lucky and price matched at Best Buy.

Also noticed extra button in the middle of the controller.


I noticed that too. Maybe a capture button?

I'm shocked that Overwatch 2 is real. When we heard the rumors earlier this week, it looked like someone just photoshopped a "2" onto a screenshot. The graphics look exactly the same.

I can't claim to follow the game's scene closely, but it doesn't seem like a great idea to make a sequel when their esports venture hasn't gained a lot of traction. This seems like a Starcraft situation, where the original game remains more popular than the sequel for years.

From what I've seen the same multiplayer will be playable in both 1 and 2 so that if people don't want to upgrade for the new stuff they don't have to. The main draw for 2 is a story mode and hero missions (I'm sure there are other things but that's what I've seen). All cosmetics and such will also carry over from 1 to 2. They stated that 2 will launch with multiple new heroes and maps which will also be available in OW1 at launch.