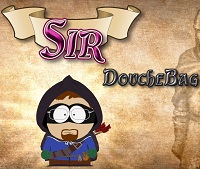 I bought a 2070 Super.... cause I wanted to play one thing on my Rift.. then I got the Quest and the PC with the 2070 is effectively only ever used for browsing the internet.

Last time I defended my ROG on here, the fans on both the CPU and GPU went out at the same time, then the ones I put in weren't up to snuff.  So I'm not saying nothing about ROG anymore...

But I've had a couple and that's my one complaint.

however, if you're like me and can't wear headphones or earbuds for extended periods of time, give them a try.

It still amazes me we can literally commit genocides in games but tiddies are TOO FAR....

Hey morans, looking for tech recommendations. Looking for cheap bluetooth headphones, with the one caveat being the earcups have to be large, like comically large. I've purchased multiple pairs of true wireless/in ear earbuds to discover my ears are sensitive and can't use them for extended periods. I'm not saying I have Dumbo ears, but they are large. My current headphones are Skullcandy hesh 2's and even those get uncomfortable after a while. Anyways, any help is appreciated.

I use Aftershockz for mine... I like the bone conductive as it lets me hear other things.  Might not be your cup of tea but that's how I found MY solution for the ear issue.

I never had one around me, but saw plenty of people talk about them...
Funky electronics chain Fry’s is no more

Man, that hurts.. I'd get something from them every time I flew to Vegas.... we don't even have Microcenters in FL... it's like living in the stone age.

FYI, Marvel regularly hits a sale for their unlimited.  That's when I grab mine.  New comics are about ~6 months behind.

So having played HP2 for over 10 hrs now.. I can honestly say it's a WAIT unless you really wanna see girly bits.  I liked the first ones story so I bought in... (yea yea) but at least there were a couple of honestly funny story quotes from HP1... I don't think I've got one from HP2 that's made me do anything other than snort.  I'm about 65% done from what the game save file says but I also blow at these Match-3 games.

Game is DEFINITELY wait for $5-10 or bundle.

Not for subscribers.  28% off vs 10% off on Steam.   Might have ran out of keys, might have done what another dev did (I forget which game it was) and pull Steam keys from Humble because they thought the choice price being cheaper hurt their sales on Steam by making it harder to be on the bestselling list or something.  Who knows.  I never have played the first one, I need to at least try it one of these days.  The story aspect looks dumb as hell but I have played and enjoyed some truly awful match-3 games so it has to be better than some of those.

It isn't great, but the current "rumor" is that if you have to update anything not Steam you're going to have to wait a few days for a new EXE to install updates.

Not nearly as good as the first one.  And more of a pain in the butt in the match 3 department.

Is it possible to experience magic on the Epic game store?

Isn't that the stuff the kids smoke before playing their Forkknifecraft game?  Likely the only magic there.

I will admit.. I could 100% see the kid doing that on my computer and me not realizing it.. but at the same time... this is why you test your stuff out early to make sure.

Yea.. I musta played 1-3 quite a few times.. I'm on like the 3rd planet in Andromeda and can't manage to give a crap

See I even did it in the 3 stupid endings to the trilogy.  It's HD!

You can make fun of us Warhammer nerds, but really it's just jealousy from the peasants at the nobility

And there you have it... sooooo many games are being given away on Xbox and by Epic.. money saved!  #ultimateCAG #timetobuya$15coffee