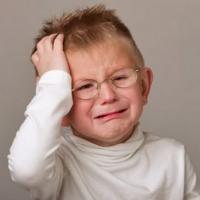 It's sad to see that the thread for one of the best stores ever for clearance games hasn't had a post for 10 days until today. And the last posts were mostly about Goo Gone. If physical gaming isn't dead it is sure going out with a whimper.

Lol. What? Physical media is dead because there are no clearance deals? Not sure how you reached that conclusion.

It's the most wonderful time of the year, folks! Let's win some Xboxes!

Another oddity to point out is that I noticed at least one DVD with a K-Mart dump bin sticker on it. It's possible that the source of these things is from a K-Mart/Sears supply, which might make sense in some of this.

I seem to recall a few years ago there was some chatter/rumors that K-mart was having trouble with game distributors (even before the stream of store closures) due to some financial issues, which resulted in them having a window of time where getting new video game hardware/software stock was difficult.

I wonder if the intended location of this stock had originally been K-Mart's that could no longer receive them and they ended up in a limbo for several months (maybe over a year) before they end up at Dollar Tree. Could explain the lack of variety and of total games, overall.

You have to pricematch...

I want to get Ratchet and Clank, but that would require me going to Gamestop. Ick.

I hate this argument. I don't even touch the single player in Call of Duty, Battlefield, or mostly any other game that is heavily focused on multiplayer. Why do people want them to waste time and resources on a single player portion when they can better the multiplayer, which is what the game is all about...

Heaven forbid someone else has another reason for playing a game!

Still looking forward to Dark Souls 3 and Uncharted 4 though, too bad neither is part of the $10 bonus.

I guess when the next B2G1F is done I'll have some stuff to buy, which is nice

Lots of games I want, but I'm too much of a cheap ass to pay full price. I'll wait.

Walked out with a nice rotisserie chicken.

Did you bring some for the rest of the class forum?

All though I made it out of the Oman Wars without a scratch. I did have a butt hole clencing moment. When you start losing a console and all items tied to it and you have spent hundreds on games and dlc you haven't even played yet that free game that you probably won't even play doesn't sound that interesting anymore. I'm very cautious about that sort of thing now.

Glad to see other that others survived the Oman Wars. I thought I was one of the only ones. I downloaded so much too. LOL

I'm surprised gamers haven't learned yet. I'd say only about 5 percent of the CEs are ever actually rare.

I think Mafia 3 is much more likely to be good than Uncharted 4 or Dark Souls 3, given the spotty track records of those series, but okay.

You pretty much hate everything though.

Man, Q2 of 2016 is going to destroy my wallet. So many games I know I want and so many wait and sees/maybe's.
I'll start w the know:
Uncharted 4, Quantum Break, Dark Souls 3, Ratchet & Clank, No Mans Sky
And the wait and see:
Mafia 3, Doom, & Homefront
8 games!! I'm a CAG so some will have to wait until BF.

I know that feeling. There are so many games I missed last year and beginning of this year.

Anyone willing to let me use their phone numb for Gcu discount so I can buy this? Dm me. My Gcu expired and I really don't feel like paying 30$ to renew right now lol

You can't PM AND use GCU.

Link does not work. "Naruto" is gay anyway so no big loss.

i swear this forum needs a dislike button. Naruto is a fun watch but still not as good as Dragonball Z. this is not the first time Naruto Season 1 has been free.

Or you could just not respond to stuff you don't like. CAG continues to transform into SD...