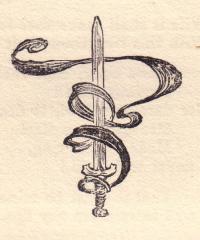 notung hasn't added any friends yet.

Just got confirmation as well, due Wed.

Feel extremely lucky to get this, especially after missing out on the 500 Million LE multiple times. Found out about the pre-order shortly after it sold out on the website. Called my local GS (only one in the area) multiple times--associates and manager were both clueless about in-store ordering, said it was online only. The following afternoon, was out of town and happened to pass by another GS (one of the "prestige" stores); initially decided not to go in, thinking it was too late; then got held up at the traffic light, so said WTF and pulled over; spoke to the associate at the register, who flatly told me it was sold out and turned to the next person in line; fortunately, another salesperson, who was just coming back from break, overheard the exchange--said the Pro had come back in stock a couple times that morning and kindly took me to the other register to check; surprisingly, it was available again, so, needless to say, my credit card was out in a flash. Totally crazy that this thing ended up being so hard to get, and my being at the right store at the right time was a complete fluke. (Another guy in line after me tried to get one, but it was OOS again.)

Been trying for weeks to get the Spider-Man CE on BBY. When it has popped up, I typically get it added to cart but then get the yellow, no-longer-available for shipping notice, followed by the red out-of-stock notice. For those who have had success, do you just keep pressing the yellow checkout button and hope for the best? Any other tips?

And is it worthwhile to leave it in the cart after getting the out-of-stock notice, or do I need to start all over again? Have these in cart now, but, if I go to another browser, the product page is back to coming soon.

FINALLY got one! Going to answer my own question for anyone else trying--I left the item in cart after getting the out-of-stock notice and basically continued pressing the checkout button for the better part of an hour. Then there was a longer-than-usual loading icon, at which point the site made me sign in again. Other times when I did this, everything was automatically removed from my cart; but today, I actually made to the "Place Your order" page.

I was in my local Gamestop store Saturday and am friends with the manager.  He said they haven't been even given information yet if the store will be able to do pre-orders; or if its online only through web in store.  He also didn't know when they were going live on their system on the 24th. He said they will have them but not sure how the stores get to handle them.  That was Saturday 10am when they opened.

The 500 Million LE is a new CUH that runs quieter but hotter than the first generation Pro; also, the translucent dark blue console shell is apparently a dust-scratch-fingerprint magnet. Love the look, but too high-maintenance for me. Good luck to those trying purchase.

If the DPCI merged, will the gold/deluxe editions ring up the sale prices of the regular edition now? Saw a Shadow of War gold edition and didn't want to pay to $60 but I would get it for $39.99.

For anyone who purchased Prey as part of the Best Buy DOTD on Thursday ($47.99 GCU plus free steelbook & collector's guide), I was able to PM the Target sale price without any hassle.

Not dumb at all. The alternate artwork and limited availability make this version collectible.

Had no problem purchasing Breach & Clear via PayPal. Thanks to Limited Run Games for doing this--so glad to support any effort to produce more physical Vita games; hopefully there's many more to come!

EDIT: Both are back in stock, as the regular was sold out to I believe. Make sure to hit the LE button if that is your preference.

LE back in stock at the moment. Actually, both editions have been going in and out of stock the past couple of weeks. If unavailable, just keep checking back. Not sure the game is worth the price but happy to have a physical copy.

Broke down and placed a pre-order for the CE from BB; received notice an hour later that the game had shipped.

The only two guides I wanted to buy, Tomb Raider and Bioshock Infinite, are no longer carried in stores and were pulled. Anyone know when this happened?

I came across a hardback Metal Gear Rising Collector's Edition guide at my local BB; amazingly, it was still in excellent condition. Took it up to the register only to be told by the cashier that she couldn't sell it to me, that the guide was no longer in the system. She tried looking it up online, but only the regular softcover version turned up. Again, she told me she couldn't sell it to me, that the guide was supposed to be pulled. I then asked her to check with the manager to see if there was any way for me to purchase the book. By this time, there were a couple of cashier's involved, and there was lots of discussion with the manager over the radio. After a few minutes, one of the cashiers handed me the guide and said, "You can have it. Happy New Year!"

As with any relationship, there are always ups and downs; but, after this and all of the recent gaming dealings, I'm feeling the love for BB!

I need to get this, but I've never heard of this company before. Are they legit? Hopefully it will still be that price on Friday (pay-day).

The sale is listed as the "DailySteal," but these deals sometimes last longer.

Yes, this company has been around since 1991. While it's rare to find really good bargains on new games due to shipping, eStarland can be a useful resource for rare, used, and retro items. My limited mail-order transactions have all been positive. (Single games are shipped in bubble mailers if that is a concern.)

I, too, live close enough to visit when passing through the area. Has a distinct warehouse feel to it but definitely clean and well organized; cool and knowledgeable staff as well.

If you live in the Northern Virginia area (like me) and can visit the showroom, total is $17.71 after sales tax.

Still a bit high for this game, IMO (should be readily available for under $15 as the holidays approach), but it's the lowest I've seen for the PS3 version thus far.