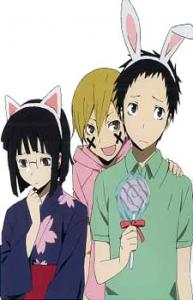 Just take a look at the writing in Fallout 4 and that alone proves that Bethesda is not a good choice to handle any sort of game that relies on dialogue:

I don't think you can accurately judge a game's writing quality based on a dialogue tree with a dog. I don't know about you, but my conversations with my dog are pretty concise.

What did you pay?

$184.18 with no tax, since they weren't charging it in Ohio yet. A new pair would have cost $280 at the time, so I'm still very satisfied with the price I paid.

Somewhat on topic question, has anyone ever ordered headphones from AWD? I ordered a pair of bluebuds x with a "very good" rating and this description.... "Item is in original packaging, but packaging has damage. Small (less than 1/4" x 1/4") cosmetic imperfection on front of item." Sounded like a dinger, but I'm getting crap over at slickdeals for ordering "used headphones"

I took a gamble on a VG pair of Sony XBA-H3s a few months ago. I was worried about them being used, but the overall perfect condition, lack of any burn in whatsoever, and the fact that all the accessories were still sealed makes me believe that I got a dinger/return. Best of luck to you!

For anyone considering the cables to hook up a PSP to a TV, be warned that, at least for the PSP 2000, you need the component cables for gameplay. The composite cable will only allow you to display pictures and videos.

Is there a way to lookup my old posts? I know there are at least 5 on the profile, but what if I want to look back say 50 or so posts?

The only problem is that it seems to only go back a year.

Thanks for all the hard work on the upgrade! Would it be possible to get an update on the current status of the Marketplace (i.e. when/if it's coming back)? If it will be ready anytime soon, I want to get a head start on adding my collection.

Well here's the picture of what I got.

For free games? I don't think that is what happened. I know people got banned for circumventing region restrictions - buying games from other territories where they were cheaper - but as far as I know, no one's gotten banned for getting free games. There was that SNK glitch for Modern Warfare 2 and I've never heard of anyone who exploited it being banned.

I just found this post about the incident, and the games were, in fact, free: http://www.cheapassg...-ban-the-story/

All they did was create a new account (you're allowed to have more than one) and set their region for wherever was applicable.

I never said that people should or would get banned for doing this, all I said was that if Sony wanted to ban people for this, they could justifiably do so because people bought this with the sole intention of exploiting a glitch.

I personally think they should not be. The Video Game Deals section is already way too cluttered with non-deals as it is, and allowing people to post Kickstarter links would further bury actual, favorable deals. In addition, I would imagine that too many people would abuse the opportunity to post their own Kickstarter projects as a way of self promotion, rather than posting legitimately interesting projects that offer noteworthy discounts off of the final list price.

How do you do an advanced search?

Or display results as posts, not threads?

You can get to the advanced search page by going to the CAG homepage, clicking on the search bar, then pressing enter without typing anything. There's an option there to display the search results as posts, too. You can also get to it from this link.

Codes on the left are for The Maw, codes in the middle are for a Fox TV show, and the codes on the right are for Ms. Splosion Man.

It is prohibited to sell/trade it here on CAG, if that's what you mean.

"The following items are not for sale, trade or purchase on CAG:

* XBL, PSN or Steam accounts, the sale of which is prohibited in their TOS."

The complete list of rules can be found here: http://www.cheapassg...updated-442013/