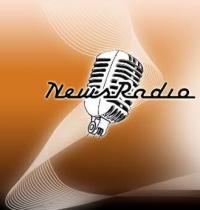 Still mindlessly playing Far Cry 4. I've been pretty ill the last two weeks and I don't really feel motivated to finish it, but I probably will anyway.

And since I was name-checked...

Ever hear the phrase, "Look, but don't stare?" There's a fine line between a passing comment about having a crush on a celebrity and being creepy or gross (which is also present in this thread but I'm not quoting those posts). I was crushing on the G4 women back then, and it was nice to see other women talking about my favorite hobby. It's always odd to hear commentary on women I also find attractive when the things being said are objectifying or dehumanizing.

There's also a lot to say about how when women are the face of something, inevitably looks, sex appeal etc end up being part of the conversation, as if how fuckable someone is makes their opinions better or worse. I've never heard anyone dissect Geoff Keighley's or Phil Spencer's looks, or the male hosts from G4 for that matter. This isn't limited to gaming culture, of course, but it's alive and well in the industry.

Physical attraction is almost always a key component of everything we do.  I selected my partner based partly on physical attraction.  I bought my car because it's looks nice in addition to other features.  We do the same thing with entertainment, food, housing, clothing, etc.  Looks aren't everything, but the vast majority of people make it a significant part of their selection process.  To deny this is to deny being human.  There certainly are some differences though - some personal preference and some is just the difference in how men and women approach and think about subjects.  Perhaps that's where it might be difficult for the opposite sex (both sides) to understand the other.  And yes, it is typically men that can take it too far or place too much emphasis on attraction.

However, if attractive women are being talked about in the context of video games (and their relevance to the industry), why is this a problem as long as it's respectful?  Doesn't this mean that people were thinking about more than just looks?  Yes, these women are attractive, but they are more attractive to this group because they play games and are involved in the industry, etc.  Don't women (and modern society) want men to consider more than looks?

I'm not saying things are perfect or this discussion about looks is completely mature.  Yes, ideally we should want looks to be excluded from the equation, but there doesn't have to be a problem just because people find other people attractive.

It’s ironic but I think it’s Bungie that ruined me. In destiny 2 when your fighting through these mobs to an objective there’s so much going on around you by other players. It feels more alive like war. Then you hit the personal insurance and there’s this single player boss type game. It just feels more lively and bigger.

You know nothing of war.  If M*A*S*H taught us anything, it's that there is plenty of leisure time during war.  If anything, the problem with Halo is there aren't enough jokes, no pranks, and no cross-dressing nurse.

I always take reviews with a grain of salt anyway. Because they are reviewing it as a full fat $60 game with no DLC or patches. When I eventually buy the game, it has been out for a year or two, is usually $20 or less, and it has tons of DLC and patches that fix it's worst issues. So, if a game gets a 5 or a 6, by the time that I play it, it's probably more of a 7 or an 8.

This.  Plus I play at a pretty slow pace.  Reviewers are often rushing through games and cramming them into a full schedule.  I feel like if many reviewers approached games a more casual pace (or whatever pace they might naturally play) they would enjoy and appreciate it more.

This discussion about backwards compatibility is missing a principle of sales.  People want to feel good about the product they're buying.  It's not always the actual product but the intangibles behind it.  I'd bet a lot of those old men driving Corvettes don't drag race.  But they like the feeling that they can.

People get really excited about a box. I don't get it.

I used to be, but then I had kids who left discs out to get scratched.  Then I got a house that got messy with disc clutter.  Then I got fat and was too lazy to get up and put the disc in.  Then I got divorced and my wife took half my discs.

That's some misleading marketing spin right there.  Even in comparison to the glacially long boot & load times off a budget 5400rpm notebook hdd.

Perhaps I don't understand your post, but it's a response like this that is the exact reason they are so careful with wording.  There is no pleasing anyone anymore.  I'm not sure what you want them to say, but the moment they say something more definitive, they get a bunch of people complaining about how their load time is 2 milliseconds more than it should be, etc. (all for a free upgrade, by the way)

you guys just haven't found your thing yet, and nobody is too "old" for either side of it. There's this 84 year old grandma on Youtube that only plays Skyrim for years and she's almost at 1 million subs.

One of the rising streams during COVID is Hikaru who's one of the best chess players in the world and you can watch him everyday from your room. it's crazy to be able to watch clips like this:

I can appreciate the "just haven't found your thing" sentiment, but it's more than that.  Yes, i'm sure there are some streamers that are more entertaining than others, but we all have some kind of limit on our leisure time (some seem to have much more than me), so we have to make a value choice.  It's hard for me to fathom that any streamer gabbing while playing a game is better than me playing the same game or better than the writing, acting, and production values of a TV show or movie.  But that's, of course, my perspective.

I will say that I have occasionally enjoyed sites like Giant Bomb and their "streaming" which is different than a normal streamer and is almost treated like a produced TV show in some ways, but even then it's not something I would regularly choose over other forms of entertainment.

I don't following streaming and also don't understand the appeal (i'm too old), but i'm sad to see Mixer go away mostly because I don't want consolidated power (but also because competition in general is usually better for everyone in many ways).  I worries me when there are only a few platforms for any product or media for many different reasons including free speech, etc.

I believe it's just the new tags only. I recently starting seeing the numbers popping up for people on my friends list who had recently changed their gt. This is just from my personal experience though, I haven't read anything official about it.

No, this is not on all new tags. I assumed it was duplicate names, but I don't know what the exact reason is.  I know my son wanted to change his and painstakingly went through several name options before he found one that didn't have numbers hashtagged at the end.  I assumed that this was because he's 10 and thought he was being creative when he's the millionth person to come up with the same name, but maybe it was something else.  Anyway, he did get a few that worked without having any numbers added.

This.
Backwards compatible and no drive? All my ps1/2/3 disks would be worthless unless there is a conversion process with Sony that they have not announced.
I get people wanting diskless, but it does not work for everyone. Unless you want to spend more money to convert old titles to digital.

Who said anything but PS4 is backwards compatible?  Is this an announcement I missed?  Sony can't even fully commit to being BC on PS4 games.

The disc drive will be $50 to $100 more for those people who love or loved physical media (or the perceived value it offers) and still have PS4 discs they want to use and PS5 discs and other media they want to play.  End of story.  There's no other disc-based compatibility happening here because Sony and publishers make too much money re-selling digital versions and remastering old games.

The disc-less version is for the growing number of people who are already treating their PS4 as a digital media box and never putting a disc in now and will never have an interest in putting one in a PS5 either.  I suspect Sony would really like the disc-based PS5 will be phased out within a year or two, but there are too many people still interested in physical media for multiple reasons.

Your PS1, 2, and maybe even PS3 games will probably be available as backwards compatible downloads on PS5 if you can play them on PS4 now.  If they've already done the work of making the machine BC for most games, I don't see why they would exclude others on purpose.  But they're not doing it for free like Microsoft.  They'll want you to either buy the PS4 or  PS5 BC version of those old games rather than just put your old PS1,2,3 disc in.

Is it weird to anyone else that right now would be the Square Enix E3 press conference and the only one left to go after right now would be Nintendo Direct in the morning? If this were like last year.... Microsoft would have gone yesterday, Bethesda, Ubisoft and EA would already be done too.

Tomorrow is when the show floor would officially open...

Well, seeing all the protesting and anger does remind me of the last time Microsoft revealed their console at E3...

So glad we have these Cowboom deals since my local Circuit City just closed.  I'm starting to worry about Circuit City.  I don't think they will make it.

This sucks.  Always giving us dumb shooters.  They should give us simulation games.

I will echo this. Never thought I'd enjoy a Ghost Recon game. Loved Wildlands. As someone mentioned, the free 'DLCs' Predator and even a mission for Sam Fischer from Splinter Cell were cool crossovers. I was really looking forward to Breakpoint and I am really sad to hear it sucks.

You may not intend it to sound this way, but it sure sounds like you're pretty easily closing the door on trying the sequel to a game you never expected to like.  If you were surprised once, why not have an open mind again?  My recollection is both games got some heavy criticism...

Hindsight, I can understand someone misinterpreting my words on their phone/computer. Just like when my significant other texts me "what are you doing," I dont take it as she's tryna keep tabs on me. Shes inquiring about my well being, to make sure I safely get home from work.

Might want to make an unscheduled stop at home, bro.