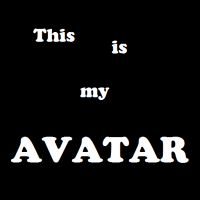 Mac the Geek hasn't added any friends yet.

Wow, I picked the right day to check up on CAG.  Nothing like that new thread smell.

You know.. if you stopped that sentence at "foil goats" I would have bet you that at least one reader would have googled "goat slots" and maybe got more than they were looking for.

How does her crotch hair manage to grow upwards?

It's very, very happy to see you.

We're just over 24 hours away from our bi-annual DirkBellig visit. Remember to leave a plate of cookies and a saucer of milk with each post, chaps.

This has been a Steam Thread Public Service Announcement.

I wonder which lousy sale he'll bitch about first.

Hrm. Didn't realize when I sent a PM that I don't actually have 10x posts in this Steam thread. If previous threads don't count as well, then I guess disregard my entry and feel free to publicly ridicule me! =P

I need to post  9  8 more times before I can start ridiculing you.  Please be patient, I should have sufficient post count by September or so.

Someone in your marketing department should have thought that name through, Amazon.  With all the videos of lithium batteries going nova, you want people to pay money for the privilege of walking around with Fire in their pockets?

God, you're such a nerd.

Spoiler
In Unfinished Business, his real name is revealed to be Chrístõdavõreendiamondhærtmallõupdracœfiredelúnmiancuimhne de Lœngbærrow

Yes, but it's pronounced "Throatwobbler Mangrove".

So, ummm - is this game in Early Access or something?

Per the article at RPS, there was a 10GB patch that made the game playable for Nvidia owners, but AMD owners are still out of luck.

In other words... if you're dumb enough to pay full price for a game at launch, be sure to pay the extra money for Team Green too.

(I should point out that my gaming rig sports an Nvidia card, and I don't intend to sound like a fanboy.  I DO intend to make fun of people who pay $60 for games, though.)

did war z have legos in it?

It had something called Olegs, which were TOTALLY ORIGINAL and NOT A KNOCKOFF AT ALL and anyone who says otherwise is just a mean poopyhead.

Another AAA game brought to you by Strategy First!

Strategy First.  Where "AAA" refers to the batteries we use to operate our QA apparatus.

I still don't get how the developer of Air Control - Killjoy Games can become the headline of Groupees Bundle Yourself by Killjoy Games. I think this game is even worst than Earth: Year 2066.

The following gameplay video shows the latest version of Air Control, you don't have to be a genius to tell how bad this game really is.

I've said before that I would gladly buy a copy of Big Rigs: Over the Road Racing for a dollar.   Just for laughs.  Air Control looks like it might end up in the same waste-a-dollar-for-drunken-hilarity compost heap.

But the more important thing is that you snitched, and snitches get stitches in these here parts.

As founding father Benjamin Franklin once said, "A snitch, in time, gets my nine."

I was interested in TS14 then I noticed the riduclous pricing of everything for it lol, its damn near $3k for all the DLC

[wall of movie-related text mostly snipped, except for]
... as much as I love DC characters I've gotten the strong impression that, unlike Marvel, DC-Warner doesn't really seem to have a plan as to what they want to do with these characters in the cinematic universe.

Not only is there no apparent plan for the Big Two, every attempt to get one of the other DC heroes on screen seems to be a half-hearted, half-assed effort.  (Ryan Reynolds?  Seriously?)

Marvel is hitting home runs* because (a) they're getting top-level talent, both in front of and behind the camera; and (2) it's evident that the individual films are cohesive parts of a larger universe.  Samuel L. Jackson's cameo at the end of Iron Man might be, in retrospect, one of the most important scenes in the history of Hollywood.

(I agree with most of the snipped stuff, by the way.  Every single Marvel success owes a debt to Tim Burton's Batman films, which were a watershed moment in cinema.  They proved that comic-book movies weren't just for kids.)

I remember that Amazon DVG deal - I made sure I got in on that deal.

Seeing such a killer deal on Activision games = RARE.

What, you mean this one?

Oh, Activision.  Your past bundles will never be forgotten.  Not even the Call of Duty Steam bundle from 2010 will pass quietly into that good night:

So there it is, Bobby Kotick.  You want more of my money?  Give me a reason to stop bragging about The Old Days.

Sweet   ...and I think he believes it's Cognitive Behavioral Therapy...

Boy, is he in for a surprise.

Looks like the No One Lives Forever franchise will probably be coming to GOG and Steam in the future. It's not official or anything, but a pretty sure guess considering Night Dive Studios has the rights now.

Either way -- hooray, progress!  I missed these games when they were first released, and would be happy to add them to my digital collection.

Saw Postman in the theaters...twice.  Really enjoyed the book and thought maybe I just didn't "get it" the first time.

I've read many of David Brin's books, but the stigma of the movie has actively turned me away from The Postman on more than one occasion.  Maybe someday I'll overcome that fear and give it a shot.

I'm sure David Brin is a much better author than Costner is a director.

Absolutely.  I was browsing my paperback shelves last week, and both Sundiver and Earth jumped out at me as books I haven't read in years.  They're both due for a repeat.

I feel like this guy is trying to sound smart, probably due to the audience of Forbes who aren't a typical gamer audience. I also feel like he thinks putting in hundreds of hours in a game somehow makes him an authority to speak on it, ignoring the fact that it's somewhat insane to spend that much time on something you detest.

I thought the same thing.  Maybe it's his own preconception of the typical Forbes reader, or maybe Forbes has an online editor who is big on "snooty factor".  I do wish the author had taken time to define his terms, though:  I personally don't put 40 minutes into games I can't stand, much less 400 hours.  He comes across as an addict -- he hates the game, hates the grind, hates himself for continuing... but he can't stop playing.

Let me know what you honestly think guys.