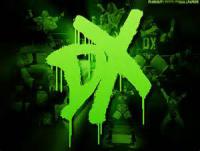 BB's been stingy with reward certs ever since lowering the GCU price. Hopefully after GCU ends they'll pick it up. They've been slacking hard.


They already have....last year there was only like six games they offered with a 10 dollar preorder cert...this year it's 11 iirc. So not sure how you can say they are slacking now.

I find it funny how everyone moans and complains about how shitty the ad is nearly every week...this is no different then any other year...the sales dry up in the spring and summer months and then in the fall and winter boom
Sales galore. Happens literally every year don't get why it shocks people every damn year.

Fact is this...PlayStation plus pays for itself in discounts on sales alone. Fact is if you want stable online service through PSN and security so another breech is less likely to happen then 60 dollars(really 40 cuz you can find PSN on sale for that for a year easily enough) it really isn't that much money. And let's not go overboard and act like XBL games they give away are any better then psns because they aren't. I see the free games(which in reality are rentals as you don't own them) as a perk...the more stable online ecosystem and all the psplus discounts is the true value of plus. If you don't play online with friends then by all means don't sub to plus and save your whole 5 dollars a month( in all actuality 3.33).

How about everyone shut up and let's see what happens. It's a year away. Lot can happen/change in a year.

Bottom line is...cosmetics are one thing. But when 60 dollar games start employing f2p or p2w game mechanics in a ull fledged AAA games that is a huge issue and if we as gamers don't push back against it then it's only going to get worse. I think we can all agree that there is at least some enjoyment to be found in almost any game but that should not allow publishers to continue to practice shady shit.

Ubisoft finally dropped the requirement for VR on their StarTrek Bridge Crew game...so now anyone with a PC or a simple PS4 can play it without that bulky piece of plastic on your head.
This makes one more VR game breaking free from failed tech.


Failed tech? Really? Is VR perfect? No but it is an amazing and unique experience which is tons of fun. VR is continually expanding and evolving and getting better and more popular every day. PSVR, Rift, and Vive are the first ever VR headsets made...ofc it's not going to be perfect but it is far far away from "failed tech."

Good lord that KDH deal is at least 250 hours of gameplay right there. Played them all long time ago, but I don't know if I want to go through it all again (water world singing dancing sucks). Could always put that money toward the next one whenever it comes out

Will be 20 easy somewhere on Black Friday, Id hold off

Totally worth it...  unless you have a PC.

I do have a pretty decent gaming PC, might just wait and hope Divinity is on sale on steam sometime this winter.

People who try to argue and say GCU isnt that good, or amazon is just as good or cartwheel is just as good or this is better, or that is better are fucking dumb.  GCU is 30 fucking dollars for 2 years and its 20% off EVERYTHING, if you want to sit and dilude yourself into saying that isnt the best deal for a gamer possible then your just plain and simple a fucking moron

So your telling me Tri-Ace/SE can freaking remaster that but cannot release Star Ocean A Second Story on PS4.....like really.....

I have heard the opposite, that the transactions arent needed at all. Im gonna support these Devs cause they make fun games, and not support them thru the microtransaction.

That is not true, yes you can play it without the lootboxes and such but to get the TRUE ending of the game you have to endlessly grind for 40-60 hours or buy loot boxes....watch this video if you do not believe me.

So that confirms it.

Zero deals on Shadows of War.

Really not sure why in the hell you would want to support more Devs who are trying to push microtransactions.  Every reviewer has said you have to grind needlessly for 40-60 hours to get all the shit you need to see the true ending of the game unless you buy in game credits for it.  Stop supporting this sickness that is infecting the gaming industry that is Pay to win Microtransactions.....Speak with your wallet and dont but this shit or Star Wars Battlefront 2.

That's one of my fears with the One X. Yeah, it's way more powerful than what's out there already, but what if the game has garbage optimization and it doesn't matter?

I would be worried about the XB1X for that reason and more, what is the point of all that power when Microsoft forbids any game from not being playable on the OG xb1 compared to the 1X.  That is the biggest reason the 1X is doomed to fail, because it can have no exclusivity to it and the S already upscales to 4k resolution so your going to see very very minor performance increases between the S and the X, just like with the PS4 and the Pro, the problem is the Pro is only 100 more then the regular PS4 while the 1X is 200 more.