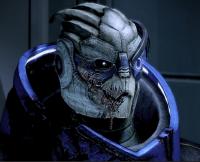 In terms of gaming, I really enjoy RPGs, strategy, and tactical games.  As a CAG though, my backlog is ridiculous across most genres.

Top games/series for me in recent memory are:

I mostly prefer solo gaming, though would be up for multiplayer games with an amicable crew.

PsiScream hasn't added any friends yet.

Is there a way to tell whether you own a game vs have it from Game Pass?  Asking because Shadow of Mordor is leaving this month and that's been my main game this past month, but I won't have the time (thanks a lot school) to finish before they remove it.

If you look on the store, GamePass games and GwG will still give you the option to buy it, if you don't already own it.  One thing to watch out for though with SoM, is I believe there was also a GOTY edition of this game which you may have purchased, and you should look that up separately.

Frostpunk is a perfect GamePass game for me. One of those titles I wouldn’t have bought because I’m usually am intimidated by those type of games. But intrigued enough that I will give it a try.

I bought Frostpunk on PC before Christmas (should have known it would go gamepass someday...) and it's a lot of fun.  There are different difficulty levels - I think I was playing on normal and found it a decent challenge but fair. If you like base-building or resource management games I suspect you'll like it.

I understand now why Minecraft is a big hit among people of limited intelligence.  But I still don't like it.

Minecraft satisfies in somewhat the same way as old-school lego, where you built the intended spaceship or boat or whatever once, but then played for hours making your own creations.  Minecraft gives you all these different blocks, along with a number of crafting recipes, and then you can do what you want with it.  A humble dirt hole in the ground with a bed, furnace, and crafting table does about the same thing as a castle on a hill, a treehouse, or underwater fort with glass walls, it's just lacking a bit in creativity

.  Playing in survival mode with the monsters also keeps you on your toes, and scratches that base-building itch.

The general disregard for its usefulness and the validity of its content didn’t seem to matter to anyone making a decision on the fate of the list. I don’t partake in Wikipedia edits so I could be taking it wrong but the parts citing not catalog were especially bothersome because it was not a list of prices or a way to track prices. It was simply a list like any other, no different from a discography for musicians. It was not a catalog. So to me it just seemed an agenda was made to remove it.

I agree that the page was a useful reference, and the whole WP:NOTCATALOG thing strikes me as odd since so much reference material is exactly that, a listing or a catalog of items.  The fact that the debaters even admitted it was both a popular page, and contained deals that were no longer available, is the very definition of good reference material in my mind.  Current information is not necessarily reference worthy, and lists of useless information that no one looks at are also of dubious archival value.  The GwG page should remain on Wikipedia imo.

Was a pretty good year for gaming and a lot of the credit from my perspective goes to GamePass Ultimate.  Initially I was digging into the Xbox titles it offered, and kept up with a lot of the rewards challenges, and then towards the end of the year rediscovered PC gaming with Ultimate and PlayAnywhere.

With the new gen coming out next Christmas, I'm thinking 2020 is going to be fairly quiet, but that gives me time to get back to some great games in my backlog that I never finished like Witcher 3, Dying Light, AC: Odyssey, Fallout 4, (and tons more), but I can also count on GPU to provide a continuous supply of new titles - it's amazing!  Sony has got to be a bit worried, especially considering Microsoft's strength on the desktop and the x86 convergence we're seeing.  I haven't played a game on my PS4 in over six months.

Interesting sale.  There are a couple things I'm sort of looking at like Prey:Mooncrash and Burnout Paradise Remastered but they go on sale so frequently there's no hurry.  Red Faction Guerrilla Re-Mars-tered is on my watch list but feels like a GwG or Gamepass candidate.

Never even heard of 'Marenian Tavern Story: Patty and the Hungry God'.  Looking on Steam it has mixed reviews and was ported from a phone game.  Meh.  Then there's 'GODS Remastered' which I guess is a legendary (?) game from back in the day that I somehow missed, even though I had an Amiga 500 for a few years.

As far as I know, Rebel Galaxy has never gone on sale on xbox, and now the prequel Rebel Galaxy Outlaw will be coming to xbox in 2020, but Double Damage Games has done basically nothing to prep the audience.  I wonder if these guys have a full-time marketing person, and if they do, what that person does all day?  Hmm, Giant Bomb says they only have 5 employees so I guess that explains it.  Still, a bit odd to never put your product on sale, especially when it has been deeply discounted or even free on PC.

I spent some time playing last night and definitely ran into that.  Dying of thirst is a big problem.  I'm starting to figure out where all the types of resources come from though, but still haven't found salt so I can make bleach for water purification.

The GamePass quests are making me try out some stuff I otherwise might not have - but they are also distracting me from playing AC Odyssey.  :P

You can also convert the bladderfish to water in the synthesizer.  These fish swim around close to the ship with the peepers.

Gold is a bit tough to come by, but the deeper caves sometimes reveal silver and gold when you break the sandstone outcroppings.

I like Subnautica quite a bit, but progression is only slow and steady.