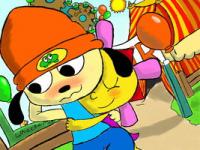 There's been a lot of drama on my craigslist lately....

"This is directed to the vermin who placed the phony Upper Coleville Road ad for video games a few weeks ago. You made yourself 15 brand new enemies!!!!!! We got a description of you from the folks on Greenbriar. Backwards baseball hat, red sedan! No doubt you thought this was a pretty good trick, but you are probably not aware that you committed a crime. Theft by deception, harassment by communication!
You were obviously not satisfied with just going to sales early to get games, but thought by pulling this scam you would eliminate your competition at Greenbriar. If this is how you want to be, okay, game on!!!!"

I took my sister with me to a community garage sale and we split up to better our chances. I found absolutely nothing while she got me all this for $26! Good to see the gaming media pick up on this...

"GameStop is charging a whopping $90 for used copies of a Wii game (Xenoblade)—and it's leading some fans to voice some serious suspicions about how it got back in stock."

"One GameStop source tells us the retailer printed a few thousand copies of the game with no shrink wrap in order to restock their inventory, then labeled them as pre-owned. Reached for comment, a GameStop rep told us they're looking into it. We'll update when they get back to us."

"Xenoblade is also now heavily promoted on GameStop's website, and the product listing has been updated with all sorts of new info about the game's characters and features."

GameStop: $90 Xenoblade Is 'Based On Current Market Value'

"GameStop regularly receives feedback from our PowerUp members regarding old titles they would us like to bring back, such as vintage games like Xenoblade Chronicles. We were recently able to source a limited number of copies of this title to carry in our stores and online.

In fact, we have sourced several more vintage titles that we will be hitting stores in the coming months, including Metroid Prime Trilogy.

As always, our pricing for these games is competitive and is based on current market value driven by supply and demand. PowerUp Pro members always receive a 10% discount and earn PUR points on pre-owned purchases."

IGN has also released an article now- http://www.ign.com/a...ked-at-gamestop Thanks for pointing this out Tarskidx!

Keep checking throughout the day, maybe we can still nab one.

Got one! I got Target to price match!

Correction: Sony Corrects Themselves, Says The Last Guardian Is Not on ‘Hiatus'

because most people giving bad opinions are obvious Sony boys or trolls not Xbox fans who have real opinions, Xbox One could be $400 with no DRM and optional Kinect and I'm sure the same people would be here nitpicking some small aspect of it

I'm overall a Sony fangirl but IF the Xbox One was $400, with no drm (which is now gone thank god), and optional Kinect, I would definitely pick one up. Not at launch...but within a year or two. Personally the Kinect is what is really stopping me from getting an Xbox One. I loved a lot of the games shown at E3 (Quantum Break and Sunset Overdrive especially) but I will not put up with that camera in my house.

All my local GameStops that had them told me they were discontinued and they had to send them back to their warehouse...
Now to believe them or not...

Don't believe it. The employees either took everything home or they destroyed them/threw them away

Personally I have never liked the Xbox 360 because in it's last few years it did not seem to focus on games. It was Gears, Halo, and Kinect...none of that interests me. Sony and Nintendo got all my money.

BUT, the games shown at the Microsoft press conference interested me more than the PS4; especially Quantum Break.

There aren't many games that have interested me on the PS4 (except for knack and the new infamous) but I am buying it on day one due to Sony's pro-consumer business practices. I know there will be great games down the line (I'm a huge naughty dog and quantic dream fan) so it's only a matter of time until the games I love are announced. I don't want to see my hobby become filled with all of these ridiculous requirements that Microsoft is trying to force down our throats.

I would get one....but they are just way too expensive :c When did Ebay become so terrible? :/