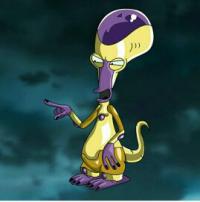 Haha I literally just was about to post that the buds were showing up for pickup. The Controller bundle wasn't at any of my stores though, not sure if that means its sold out or if the stock is low

EDIT: Did a pickup for the Galaxy Buds. Reviews seemed much better across the board, and seemed like they had more features

$50 still seems a bit for expensive for these considering its half ass quality. I got a pair with my Note10, and the battery on one of the buds was dead merely days after warranty ran out.

Lists for PS4 and Switch blindbox are up

How does pm work when I have GCU.

PM and gcu do not stack


I mean they don't have to even do that. Like Fallout 76 was a disaster too but don't think any stores extended the deadline. CDPR basically lost all goodwill out of this... honestly shocked they'd even allow something like this to hit the market.


And that's why Bethesda got hit with a lawsuit and had to settle out of court for Fallout 76. PR wise this might keep people from hitting CDPR with lawsuit....maybe.

If anyone to blame, blame Sony and MS for certifying this half baked potato.

Wario64 just posted an announcement from Best Buy forum: they will accept return of both opened and unopened copies of Cyberpunk (standard,CE and digital) up until Dec 21st.