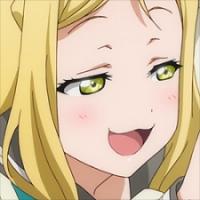 smokeyjoey8 hasn't added any friends yet.

I just tried to add the Super Mario 3D All-Stars game to my cart, but the Best Buy website wouldn't allow me to do it.

Did they recall the game early or something?

Did you try adding anything else to your cart? I haven't been able to add anything to my cart when using Best Buy on my computer for awhile now. I don't know if an extension is causing problems, or if Best Buy's website has just gone to shit and won't let people buy anything. Between games and laptops, everything I've added to my cart just says "There was a problem adding your product to cart".

I tried on my phone on the Best Buy app and the 3D All-Stars did add to cart, so give that a try.

Do they charge extra for shipping to the U.S. with the print subscription?

Doesn't look like it. I used a Privacy.com card just to make sure I don't suddenly get charged more than $3 though. So far they charged $4.11, so I'm not sure if they charge taxes (the checkout page only ever mentioned a $3 total, so much for their claim of no hidden charges).

Yup. I think they nerfed the points you earn at every level a while back. You pretty much need to use the credit card and buy a ridiculous amount of things in a year to not only qualify for the best level of rewards, but to earn damn near anything. To add insult to injury, they also got rid of a lot of opportunities for bonus points, and they don't let you earn on things like Apple products.

Amazon's been matching some of those lately, though.  I know I got my Resident Evil 3 preorder for $49.94, and I've seen others.

I think Amazon only matches them if Walmart.com has the price. A lot (or all) of the Nintendo games that go for $50 in store aren't given the same discount online, so Amazon won't match it.

To be fair Nintendo does not usually follow Xbox and PSN prices so your point is moot.

Nintendo didn't publish these, so it shouldn't matter. The whole "Nintendo doesn't discount their games" applies only to Nintendo games, and the third-party games they publish - such as Square-Enix stuff like Dragon Quest XI and Builders 1 and 2, Octopath Traveler, and The World Ends With You. If these games never see the pocket change prices on Switch that they've seen on other platforms, it'll be because Nightdive Studios is greedy, not because Nintendo didn't discount it.

Oops. Ordered a MicroSD card (256GB) from Amazon a few days ago. It was snapped in half though, so I requested a return and replacement. I guess now I'll just cancel the replacement order and get my money back. $39.99 for the same card at Best Buy, AND I get a $10 certificate? AND the chances of getting a fake card are much lower? Seems like a no brainer.

If you find one let us know. I’m this close to just paying $48 for cdkeys.

I fully expect a complete edition around the time Far From Home comes home. I'm more concerned the dlc never goes on sale. Example with WWE 2k19 on sale right now: regular game is 20, deluxe 30, season pass on it's own is 30 and will likely stay that way. I see Spidey doing the same.

The Spidey DLC season pass was on sale for two weeks back in March for $16.

Which Overwatch is better? Legendary Edition or Game of the Year edition?

GotY edition comes with 10 loot boxes, a pet for WoW, Tracer for Heroes of the Storm, I think Mercy's Wing's for Diablo 3 and a Hearthstone cardback, and the Origins skins for Reaper, S:76, Tracer, Bastion, Pharah.

Legendary Edition comes with that but instead of loot boxes you get 5 epic and 5 legendary skins.

If you can find the GotY edition at gamestop (maybe it's in plentiful supply? I dont know which came first, legendary or GOTY), you apparently get a code for the legendary edition content that isn't included in the GOTY edition.

Even without a prime now credit for slow shipping you're still getting free money of some value, that's a deal no matter how you cut it

Yeah, but if you don't want or need soda, spending something like $24 on 5 2 liter bottles after tax, shipping, tip, CRV really isn't worth it, especially if you're just in it for the credit. If you give zero fucks about soda, you'd be better off buying a $20 credit than buying $24 in soda you probably won't drink.

For people that do want soda, and aren't dumb about shopping, they know they can buy 2 liter bottles of 7-Up and Dr. Pepper for less than a dollar, sometime even $0.70 a bottle, from their super markets. For an actual cheap ass gamer, spending $2/bottle or $6/12 pack is just absurd. I can buy a $20 credit for PSN and take that $4 to Vons or Ralphs and pick up 5 2 liter bottles of soda, and still have some money left over.

This is a deal for people who already spend $15/month on Amazon Fresh and frequently order $50 in food (otherwise they're going to have to pay a $10 delivery fee, which just makes the deal worse), and who probably don't care about food prices. Those aren't cheap ass gamers. I imagine the actual cheap ass gamers who have saved up a bunch of credits to cover the cost of this are few and far between.

Unless this is some future addition to their new plan, the guy either lied to you or has no idea what they're talking about. I can't find anywhere on that Total Tech Support page that mentions a 20% discount on games, nor do I find one in the terms of service. The only other thing I can think of is that its a secret part of the plan, so if someone wants to be a guinea pig and spend $200 on a crappy tech support plan just to see if they'll save some money on games, please go ahead.

SCII is going free to play, so it's not really a YMMV situation, unless maybe you JUST bought WoL. Everyone with a battle.net account can get WoL for free, and people that already had that get HotS for free. The latest expansion isn't free though.

How odd. These are pretty much the GCU welcome coupons. I wonder if it's a glitch.