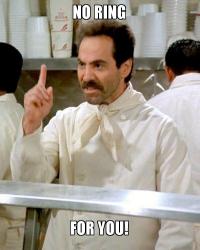 MrHyde hasn't added any friends yet.

Spyder up in here like Michael Shannon in Take Shelter.

THERE’S A STORM COMING! ONE LIKE YOU’VE NEVER SEEN! MICROTRANSACTIONS ARE COMING!

I like the balls Amazon has. Everybody else has Star Trek Beyond on sale for a ridiculous low price. Amazon said

Can confirm that getting a few of the 360 free DLCs will knock it down to $30.

Douchebags stealing the info he posts and not giving credit when it's due. I don't blame him one bit for stopping.

Though the ads have been horrible lately.


Right? How else will he feed his kids if people take credit for store ads he had absolutely nothing to do with?

I really don't get all the hate Deader is getting for telling twitter to give credit where it is due. Almost every BB / Target ad that gets posted here on CAG is posted from his (Bainbridge's_stache's) leak and has been for years. Most of everyone (Vigilante, Konfusion, LitePink, Beatles93, MidnightMetal, htz, etc.) all give credit where it is due. Credit should be given out of respect if it was taken from that source. If you did it outside of that source than you deserve the credit.

Thanks OP and thanks to others who have posted the ads before including twitter. Thanks Bainbridge's_stache on the Blu-ray forums for leaking it to us early as well.


Because Deader acts like he's the credit police and is a major dick about it. Again, who cares? Is Bainbridge personally making these ads himself? Is he setting the prices? Is he printing all of these ads out of his garage? No? Then seriously, what is the big deal? He's not losing out on a job promotion or a Nobel Peace prize. It's an ad. AN AD.

And on topic, ads are typically lame in the beginning of the year unless you're in the market for a tv.

Honestly, this whole credit thing is nonsense. There's more than one source for these things. Acting like there's only one person who can deliver is just illogical. Plus these aren't college essays or studies that will revolutionize medicine. They're video game ads. That's it. If you get some sort of satisfaction for people you don't know giving you hollow recognition over a video game, you need to evaluate some things about yourself.

Are you joking they suck

Your opinion is so cool.

My anoos wasn't prepared for this.