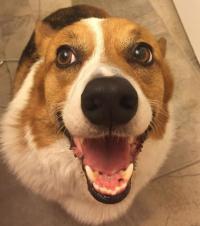 If you've purchased a Game Drive/ Fire Cuda from Best Buy, Walmart, or GameStop, or plan on it soon, you can use your receipt to redeem some free PSN cash. The T&C's make it sound like its only retailers that are listed on the bottom of the landing page, but I'd still try even if I purchased it from Amazon. This promo is open to U.S, U.K, Australia, New Zealand.


Details:
The Gift of Seagate Gaming

An “Eligible Purchase” is the purchase of one unit of Eligible Product (unless otherwise provided in Appendix A) from an Eligible Reseller.

GameStop is fucking goofy sometimes lol. I just got my order of PS4 Ghost of Tushima Director's Cut and the packing slip has the wrong name/address and the tax and total was almost $2,000, but the only thing itemized is Ghosts of Tushima.

Is the B2G1 free going on in store on used games?

Just got home and the B2G1 is still going on. Traded in RE: Village (PS4) for $32 after the 50% bonuses and picked up Xbox RE: Village for $19.99. I also grabbed Lost Judgment which came with a steel book.

GameStop has the Halo Infinite Steelbook Edition available for preorder for $59.99. It's currently unavailable at Amazon, Target, and Best Buy. Happy Halloween!

Not sure if this is news, but Resident Evil 8 Collector's Edition is in stock for PS4. Link

finally got around to playing last of us remastered. story seems interesting but i am not really sure i am enjoying the actual game

I think we're overlooking the big question that hasn't been addressed yet.  What color will the game cases be?  PS3 was clear, PS4 was blue...  Personally, I really want purple.

I'd be surprised if it was purple because that's what the Kinect game cases were.

I didn't want to make a whole thread for this because it's probably regional and there's really no way of me knowing if it's nationwide, BUT, Safeway's Just 4 You app has a "Save $5 when you buy 2 gift cards" promotion going on. GameStop is one of the companies listed, and I checked the store and saw that GameStop's range specifically started at $15. With that being said, I'm not sure that it's actually required to be a minimum of $15 because I talked to a store associate and she said that it can be as low as $5, but when the gift card says $15 to whatever, I'm just assuming it has to start at $15.


The deal expires on February 14th and I have no idea if Safeway's subsidiaries such as Vons are participating and worst case scenario it's $25 for $30 worth of credit at GameStop if you have to do a minimum of $15 on each.

Ah, I am using the app. I will try this.
Thanks

You can also call CS and they can issue you a new one.

How's everyone been!? Still flippin? I think I was removed from the discord for lack of participation, but I just wanted to say hello to everyone!

Definitely going to keep an eye out for Dragon's Dogma. Thanks, Op!

Sweet thanks. Responding so I can get the notifications.

Never played yakuza but bought 0,1,2 and 6. Heard great thing's about them.


The best advice I can give is read the Descriptions of the accessories. I can’t remember if it was 0 or 6, but I picked up a book that seemed beneficial only to realize 6 chapters later that it was making the game more difficult and caused more battles to happen. The description of the book was vague too. It was something like a highly desired book or something similar.

Because this happened when I was still new to the series, I got pretty frustrated and didn’t realize what I was doing.

I’d also recommend playing 1 & 2 first because even though they are remastered, the mechanics can feel dated compared to 0 & 6.

Finally, I believe Judgment is on sale too right now, you may want to pick it up (or at least keep it on your radar) if you have the extra cash/credit. It’s the first spinoff that takes place in the Yakuza world and you play a private detective and solve crimes. Imagine Yakuza meets LA Noire and Ace Attorney. At times Judgment can feel a bit long, but in the end I liked it a lot.

Take your Far Cry® 5 experience to a whole new reality with the Season Pass. You’ll go on a ride through three otherworldly adventures, facing off against hordes of zombies, ruthless Viet Cong soldiers, and Martian arachnids. As a bonus, you’ll also get Far Cry® 3 Classic Edition. The easiest way to enjoy all of this goodness is by picking up the Far Cry 5 Gold Edition, which includes the Season Pass.