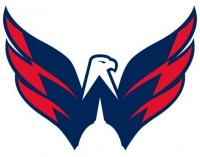 Jeebus81 hasn't added any friends yet.

Pretty sure that's the best it has been, by far, because I bought it for freaking $22.50 last week from GMG.

Homefront - The Revolution (Freedom Fighter Bundle) for $7.19 after code "BLACKFRIDAY10"

Good price...I haven't seen it lower than this yet.

Free Steam key for Ticket to Ride from this page:

The graphic is a little more than halfway down the page on the left.  There's some contact info required like usual, but it's quick.

D2D has Skyrim V - Special Edition for $10.  I'm pretty sure that's the lowest it has been by far unless there was some deal about owning the older version before they put this one out.

Twitch Prime loot - Legendary Loot Box for Heroes of the Storm.  Guaranteed 1 legendary, can be rerolled but it starts at 750 gold.  I got a legendary and 3 commons which was a bit disappointing but decided not to push my luck, if you have lots of gold it might be worth it, I dunno.

Is there any way to make money off these?  I will never forgive myself for missing out on the giveaway/money-maker for peanutbutter undergarments.


Well, I did finish up Mirror's Edge: Catalyst recently.


I got it in the $5 sale too and am enjoying it. Do you play with KB+M or controller? I tried with a controller but I played the first one with KB+M and that just feels better for this game.

PSA:   Day of the Tentacle Remastered is free for Twitch Prime peeps.  I just claimed mine.

I'm not sure who suggested the Polk Audio Melee headphones but I got some from eBay with 15 of my bonus eBay Bucks (they were free) and they do sound really good for cheap headphones.  I don't care about the mic abilities so I'm using them strictly as wired headphones and they sound good.

They are slightly heavy (but really not bad) on the top of my head but there's very little pressure inward on my ears so they are pretty comfortable to wear.  I got sick of the subpar music performance of the Logitech G930 so I wanted something decent and cheap.  Good suggestion, whoever you are.

did you look like a triumphant hobo walking with your newest score from the city dump?  You should have put a donation can in the seat as you pushed it to fund my copy of p-nut butter baffle ground.

Me, I'm probably gonna' pass here. I got my kick-ass JC3 fill with the few hours I played of it during the trial (i.e. 7 hours during the trial) and maybe at some point, maybe I'll boot up JC2 until I can get a better deal on the JC Collection. But right now - eh, not too much interested in the series right now. Given the series' repetitive structure + nature after a good number of hours with it for me - eh, I don't think it's something I'll kick around too long.

I've come to the same conclusion, though I was very happy to see it ran fine for me for the hour or so that I played.  It did get very annoying that Rico can't climb up on platforms (mainly wanted this going from rooftop to rooftop) that are waist-high without using his grapple...that felt awkward.

I'm waiting for a lower price, too, and will probably revisit JC2 in the meantime.

Why not download the game & give it a shot to see how your 1080 handles it?

Oh that's right, it's free until tomorrow.  I'll do that, thanks!

While JC3 seems like good old open-world JC-style of blow things up, kill enemies, pull of crazy stunts, and typical nonsense - these performance issues are getting in my way.

I appreciate the details.  That sucks about the performance issues...it will probably keep me from buying it.  Did Arkham Knight ever get to a stable point?  That was possibly going to be my next game.