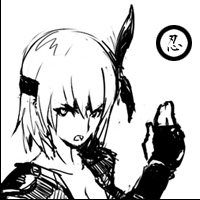 Is that a sex thing?


Not usually, but your mom sure turned it into one.

Still using an iPhone SE. Not the new one, the old one. I think it was originally released between i6 and i7? Still takes the updates, though. Got it free about three years ago for signing up to MetroPCS. I was required to stay with the service for three months, then switched to TracFone. I'm a CAP (CheapAssPhony) as well as a CAG. But that screen seems to get smaller every year...

re: Microsoft naming its consoles, they clearly were/are insecure about using a standard numbering sequence because that puts them one behind Sony's consoles. They didn't like the idea of 'Xbox 2' competing with 'PlayStation 3' so they went the geometry route with '360'. And while one popular guess for the next iteration was '720' (did some suggest '1080'?), they went the other direction and returned to 'One' (with they might have justified because the original Xbox didn't have a number). And now? I think they just like to

with the naming sequence. Personally, I think they missed an opportunity to call the new generation 'Xbox 4K' to return it to some logical sequence, even indirectly.

Speaking of console variations, did any of y'all fellow ol' curs manage to try out one of the iterations of the PiPP!N?

I wish I had the old SE—same form factor as the 5 with the guts of a 6. That size of phone is just more comfortable to hold and type on than the larger phones that took over.

Curious about how the 12 mini might feel—in another two or three years when it’s actually at a reasonable price.

Also no Pippin, but I had a CD-i growing up.

There’s a Zelda: Twilight Princess one that’s 1000 Platinum Coins on My Nintendo. It’s a good intro to the whole thing and it’s technically free.


I haven’t bothered with Nintendo rewards since they closed Club Nintendo for no discernible reason.

I pay so little attention to graphics these days I literally don’t even know what ray tracing is. Is it as cool as blast processing? I feel like probably the answer is no.

In any case, we’ve long since reached the point where every new generation of graphics and performance hardware, be it for consoles or PCs, is more or less an incremental increase. It’s not like back in the late 80s to mid 90s when a year or two could make a huge difference in how a game looked or performed. We reached a point where you could have enough polygons, pixels, and particles on screen at once that adding a few more wouldn’t substantially change the wow factor probably ten or fifteen years ago.

Yep and I was the one to discover it or at least I have never heard it mentioned before. I also checked on other platforms like the ps3 and it doesn't give them analog support on there with a pro controller. It's a feature specifically tied to the vita tv for whatever reason. And it doesn't work with a regular ps4 controller as I also tested that on ps3 and vita tv. No idea on the pc side since I don't have either game on steam to test it out with but I would assume since its pc that it would work as button inputs are usually customizable.

You have to wonder how many other titles it works with. Of course that's moot for ff7 since the hd remaster adds in analog support iirc. But for chrono trigger that's not available elsewhere.

Riding on a tractor
Lean all in my bladder
Cheated on my baby
You can go and ask her
My life is a movie
Bull riding and boobies
Cowboy hat from Gucci
Wrangler on my booty?

I actually think nothing has even come close to the perfection of smb or the major platformer hits of that era. Modern stuff can't even get the controls just right, in that sweet spot, let alone provide catchy tunes, charismatic enemies, tons of secrets, and 'omg' moments all at once. There's a reason those games keep getting ported each generation.


There’s a limit to nostalgia, grandpa. 2D platformers were vastly improved by the example of SMB1 in 1985, but only really started reaching their full potential around the late 80s, and the majority of high quality 2D platformers come from the early 90s, though plenty have been released since, as well, and even within the IP, SMB1 is easily topped by pretty nearly every 2D Mario platformer that’s been released since.

Awesome! A new build!
What are the specs?
If I can ask, how much did this build run you, cost-wise?


MysterD would also like a closeup of your mouse, and maybe a selfie with it.

I actively dislike achievements. They aggravate my completionism OCD, and I always turn off notifications for them when possible to make them easier to ignore.

I wanted to like Nioh. I played through to the, I think, second to last boss and tried too many times than I needed to beat him. I realized that I needed to grind more and I already put in too much time and effort to get to that point - grinding included. Mind you, I have played and beat Ninja Gaiden 1 and 2, Demons Souls, Dark Souls, Dark Souls 2, and recently beat Sekiro.

Nioh has some good mechanics, such as the various stances, but it the difficulty seems too unbalanced to be enjoyed.

I don’t know how representative my experience was, or how representative the PS4 beta of Nioh 2 ended up being of the full game since I haven’t played the full game yet; but while I never got very far in the original because I kept losing interest, I actually kinda enjoyed the Nioh 2 beta and got through all the content except the optional human boss which just crushed me over and over until I gave up on him. Which is more than I played the original.

Anyway, I liked it enough that I’ll probably pick it up someday. When it’s like $15 or less. Or maybe I’ll wait till it’s monthlied. I mean, the character creator would be worth the price of admission alone in an otherwise halfway decent monthly, it’s my favorite one to date.

Can I talk about my fetish if it involves cheap games and pizza?

Can I talk about my fetish if it involves cheap games and pizza?


Depends on where you’re inserting them.

The votes are with Motoki.


What, being held hostage by Yanni? I knew there was foreign involvement going on.


Whew, dodged a bullet not buying that.

Looking forward to endless DLC that will be only be partially included in multiple “complete” editions for the next entries in the Dirt and F1 franchises.

Oh, and ads. I feel like unskippable ads will really add to the immersion factor.