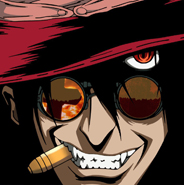 The post talking about Humble running out of keys made me think I should go check my unredeemed keys and I have 17 pages going back to 2016.  Uh, I guess since I am too lazy to sell anything I need to mass reveal them and give them away at some point.  Remind me in a year or so.

Horizon, a game I actually didn't backlog.  Dumb with my list of games I need to play but I will probably buy it again if it shows up on Steam and is a good port just to play it at 1440 with higher frame rate.  I loved it.

I don't care about Steam removing crap games and it making my game count go down.  What DOES bother me is that you still get booster packs for these games and then you can not sell them and they usually turn into like 2 gems.  I really wish the automatic booster generation was turned off for delisted games.  Everytime I get one of those boosters I am deeply saddened over the loss of several potential Gaben-pennies.

I know myself well enough to know that throwing money at something like Game Pass just means I'll be paying for something that I'll never use in order to get cheap access to newer games that I won't play until they have been out for years anyway.  *shrug*

I picked up The Witcher Tales because I have somehow convinced myself I'll play it soon, which I will not.  I also bought a few cheap games and some dlc.  And I bought Trine 4 which I have already played through with some friends, I will likely finish the achievements on it since multiplayer screws up a bunch of them and I liked it enough to go through it again anyway.  I had added quite a few things in my cart over the last few days and I have Steam wallet to spend on stuff but I ended up deleting my entire cart after thinking about how many games I have in my backlog.

I have played Lord of the Rings Online a bit lately because I used to play it a lot and I want to see the conclusion of the main story and see how they presented the later areas from the books.   The places I have seen look very nice for such an old MMO, Minas Tirith is massive and looks very nice.  Mirkwood, Lonely Mountain, Dale and other locations from The Hobbit are in game but I have not made it to them yet.  However the game is a mess these days.  The population is tiny in comparison to what it was even five years ago, when it had already dropped off by massive amounts from its peak.  It is horribly laggy, some areas are terrible to even play in even if almost nobody is around.  The endgame revolves around a grind that makes some of the Korean MMOs I have played and gave up on seem reasonable in comparison.

One of the worst aspects is the legendary weapon system.  Players had been asking for some sort of catch-up mechanic for alts and returning players since one character might need to upgrade multiple legendary items and it takes months of grinding to finish one.  So they finally responded by briefly offering something in the store that would almost catch one weapon up for $60.00.  So yeah, I guess LoTRO is only limping along due to whales at this point.   I still intend to finish the solo bits of the game (minus the newest expansion since I have no intention of buying it) but after that I doubt I'll ever revisit it.  Unfortunate for what was once my favorite game but they have been working hard at driving away players for years so it is hardly surprising.

Oh wow, that sounds pretty cool. Admittedly, I still have quite a way to go before I get to Shadowbringers content. Still trudging through the base game's story, but I think I'm nearing the end.

They are reworking the base game stuff in the near future to make it less of an ordeal to get through.  It has too many quests that exist just to take up your time, especially the end right before you get to the first expansion.  A fair number of people quit before reaching Heavensward, which is a shame because the game is far more enjoyable once you get into that stuff.

Final Fantasy 14 consumed my life for a month and a half this past summer. Couldn't say no to Shadowbringers for $15.

It is fantastic.  There is Nier raid now, it is fun!

Takes some getting used to but man... once you do get used to the ultrawide you wonder how you ever managed without it.   Of course I probably said the same thing back when I got a 21 inch Trinitron CRT which seemed massive.  I guess in another 20 years I'll be wondering how people even played games before they had fully-immersive VR contact lenses or something.

It was weird the way the LotR movies played out with each one being less true to the source material as though to prepare us all for what was coming with The Hobbit.  An entertaining but completely nonsensical trilogy that might as well have been sourced from fan fiction on usenet for all it had in common with the book.

Arcana Heart 3: LOVEMAX SIXSTARS!!!!!!  (Yes that is the title) is $6.00 on GMG, previous low is about 22 bucks so probably a glitch.  2D fighting game, probably limited interest here but now you know regardless.

edit:  upon logging in it was actually $4.68 for GMG VIP, whatever it is that qualifies you as one of those

So in the end it's like that Lunar New Year promotion they ran earlier this year where you'd get a $5 coupon for spending $30. Except here you need to do a bunch of other BS as well.

And pre-existing wallet funds do not count.  Steam says screw the money you already have in our system, we want NEW money from you.

I miss when Steam tried to actually do something interesting with their holiday events.

Sekiro was a great game, yes.  I give FromSoftware the credit for that though.  Meh at the rest.  Especially Hearthstone.

I feel no loyalty to Steam whatsoever.  I've been buying stuff on Origin, GOG and Uplay for years.  Sweeney is just an asshole and I despise him and his company.  Same with Gearbox.  Acti/Bliz as well,  honestly more because they just pump out garbage now rather than the various ethical reasons to avoid them.

On the off chance anybody is like me and forgot to buy Cadence of Hyrule, it is still on sale on Amazon.