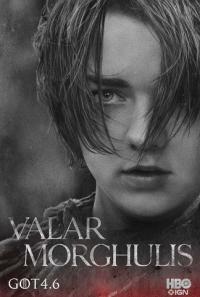 Wonder what the criteria for the recap sale games is going to be...

Is $5 a good price for Skyrim Vanilla?  Been wanting to try out skyrim with mods, but not so much that I would ever spend over 5 bucks on a game I've already platinum'd and played a bit of on 360 (the collectors edition is why I have a 2nd copy).  Even 5 bucks seems like a lot at this point.  Do any of you see it getting any cheaper during the summer sale or should I just bite at 5 bucks?

Most PC AAA games will bottom out at $5, vanilla. Most likely there's a "GOTY", "Complete" or "Gold" version (in this case, Legendary) which has some if not all of the DLCs, for more money.

In Topic: The Bundle Stars Thread

Both lurked, but thanks for dropping them!

I guess I'm the only one here, so I'll say it: the Bookworm games are pretty great. Although I think PopCap could have given us Bookworm Adventures 1, at least, instead of the oldest and least well-executed of the batch.

Other than PvZ I've spent the most time playing BWA. Very fun if you like word games.

Things that I found interesting (green text are quotes from the blog post by Andy Schatz of Pocketwatch):

2. "Distribution of revenue typically ends up being the default distribution of 65% developers, 20% charity, 15% humble tip." - Most buyers either don't care about the sliders, or don't even know they're there.

3. "With 6 developers, plus the mid-week additions of Fez, Starseed Pilgrim, and BeatBuddy, that’s around 8% per developer." - So the % of the proceeds that go to the devs are split about evenly among them.

4. "Monaco grossed approximately $215,000 over the course of the Humble Bundle." - So putting your game in a bundle (albeit one of the most successful bundles ever) can be very lucrative. This along with factoid #5 below suggests that devs that bundle their games to get onto Steam via Greenlight are definitely doing the right thing, and NOT giving the bundle buyers a Steam key is definitely the WRONG thing. (ie, the bundle people are not a significant % of the people that might buy your game on Steam at retail or even at 50% off).

5. "Despite the huge number of units that we sold in the Humble Bundle, it doesn’t appear that our presence in the HIB affected our day-to-day Steam revenue. Why is this?  My guess is that customers tend to be loyal to sales channels.  Customers that buy from Humble Bundle tend to only buy indie games from there, and customers that buy full priced games on Steam probably don’t know about — or don’t care about — Humble Bundle." - Most surprising to me, and in the end I think I agree. CAG, Slickdeals and similar communities are pretty much outliers and are a miniscule niche of the game-buying universe. The vast majority of people on Steam still behave like brick-and-mortar store customers - want game, buy game now if price now is acceptable. A small % of buyers will put off a purchase and wait for a Steam sale, and an even smaller  % are of the "75% off or GTFO" mentality.