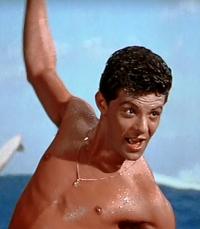 Glad to see this thread has lived on. I havent been back in a few years due to life, kids, taking a break from gaming, etc.

It finally happened and my hard drive couldnt be recovered. Lost all of my ps3 saves, and even worse my gameshares and cant recover any of my resells due to not logging in after ToS changes and the accounts may have been deleted on Sonys end if thats the way it works.

Mainly looking for Disgaea shares or DLC. I owned Disgaea D2 on an account but cant recover it. Lost Disgaea 3 DLC share, but lost the gamesaves too so guess I can start over without the DLC.

Also is the PS3 library shares still a thing? Sorry about my miserable story. Carry on.

D2 is on PS Now, as are 3, 4, and 5. The service doesn't run great for streaming PS3 games, but it works fine on that one and Now is going to be discounted during the Days of Play. Might be worth looking at to see what mix of downloadable PS4 games and PS3 games that might stream decently that you're interested in.

Speaking of the Mana remakes, what's everyone's opinion of Adventures of Mana for the PS Vita?

I'm thinking about buying it as it's 50% off on the UK PSN Store.

It's pretty faithful to the original. That's not entirely a good thing as the gameplay is very dated at this point. I loved the Gameboy version, but going back to it now just wasn't something I much enjoyed. It doesn't hold your hand on where you're supposed to go or what you're supposed to do next, the combat is clumsy, and the screen by screen world exploration just feels tedious.

If you're still like playing old games, it's okay. I just don't have the patience to deal with that stuff anymore and ended up using a guide and map online to go from objective to objective rather than spending a ton of time wandering around cluelessly.

Luckily a ton of the games I was looking for were on here, but if anyone still has Dead Space 2 for PS3, please let me know.

You do know the ultimate edition is $6 on PSN right now, right?

3 hours of the alpha gameplay for Nioh 2.

An alpha already? They must be using a lot of stuff from the first game if they're pumping it out this fast.

Why wouldn't they? Same platform and it's an established developer who created their own engine for the first game. It's still been over two years since the first released, though, so I think they've put in enough time that we can reasonably expect more than a slight rehash. Looks like they've changed things up a decent amount from the trailer, anyway.

I feel like devs will just make nicer looking games and have crappy sub-30fps again on the PS5. I guess the saving grace is that if devs now target 4K 30fps, maybe we'll get more 1080p 60fps

Tossing 8k in does seem to be asking for that. Capping the visuals at 4k would have been more interesting for me--give the system more room to focus on performance instead.

I really wish Sony would start putting in and enforcing performance requirements instead of sexual explicitly rules nobody really cares about.

did they removed scott pilgrim cause i paid for that one

It's removed, but delisting games just means they no longer show it in the store as something you can purchase. It's still listed on your account and you can still download the game via your download list.

To All Mankind has a trailer now.

The wife and I went to Europe in September for a couple of weeks. When we were in our hotel room in London we were watching Bake Off and then shortly after that a show called Naked Attraction came on. A contestant chats with the host and there's six people of the contestant's orientation standing nude behind walls that rise as the show progresses. At the start the six are shown from the waste down, and as it progresses you see all six plus the contestant looking for a date fully nude. This was on channel 4 and it's completely uncensored. I think it ran at 9 or 10pm.

That's much less terrible than having to worry about the near-daily mass shootings we have here in the U.S..

I know. Joke. But the article does say that they're not legally recognized as married.

Woulda been a hell of a funny outcome if he somehow managed to obtain half of Miku's assets.

She's 16 and anybody under 20 needs parental approval to get married. Trying to establish who could provide that would have been interesting.

Also, she's pretty slender so there's not much to obtain, as far as that goes.

That's too bad, because Moana and Brave were both really great movies. Baymax was up there too.

The wife and I just watched Coco last night, it was also very good. Not sure if the game uses that at all, but it'd be a really cool world to visit as far as the visuals and concepts go.

This has already been <$20 multiple times this year, and was $15 last month. Might want to reconsider the pricing.

Speaking of lost code, I'm tempted to try the Silent Hill HD collection on PS Now just to see how bad that really is. No idea why it's there when they removed it from PSN ages ago due to complaints.

And yeah I do agree with the loss of long-term profitability when you're just carrying forward the backwards compatibility. Even the PS1 Classic is a joke because of that--of the games revealed for it so far only Tekken 3 isn't already available on PSN. Maybe the full list will include a bunch of games that aren't already available (and probably better on a portable screen like Vita's due to the smaller size holding up the aged graphics), but are there really many PS1 games worth playing that aren't on PSN?

What I would like to see is improved emulation like MS is doing. PC emulators can up the rendering resolution of PS1/PSP/PS2 games and PS3 games as well nowadays. Yes, not every game gets much out of this, but 3d games generally fare well with higher resolutions.

It's not deliberate. Is it greed? Partially, I'm sure.

But like I said in the Vita thread a few weeks ago:

PS4 definitely has the juice to run a PS1 emulator and PS2 emulator. Different architecture, sure, but it doesn't even take a high-end phone to run emulation on those. I've no doubt that it was a business decision to leave that stuff behind rather than a technical issue.