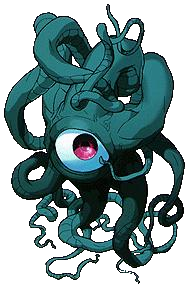 My PS3 crapped out thanks to that Yakuza 4. Lost all my phantoms, my saves, everything. I knew I should have subscribed to that PS plus service long time ago :'(

It just opened up. I'm melting.

Just because the Destiny servers will open doesn't necessarily mean that digital game will unlock at that point. That's what I got from some seemingly knowledgeable people. They could be wrong though.

I wish I could go back in time to post this.

Putting in smiley face since it's easy to come off as dickish without it. Ready? Ok...

Yeah also tell him to ban you. How the

did you buy CoD from a guy who have 0 posts? Did you just randomly message him "hey do you have any CoD for sale?"

People may be a bit hesitant to deal with you given your only feedback is from a person that joined the same date you did. Also the feedback appears to be left for a gameshare(?) which is not allowed. You should probably get that removed before more people see it.

This reminds me... someone had left me site feedback for a gameshare a while ago and I did PM one of the mods to have it removed but I guess the dude isn't on cag for a while now. Who are the people to contact? The guy I PMed is CaseyRyback. This was while ago and I stopped thinking about it after sending the pm.

Also, for the guys that don't look at the front page:
http://www.cheapassg...kes-30-seconds/
Free $5 paypal coupon. The coupon has restrictions like expiring on the 30th of this month and only being able to be used on 'official' type of purchases. The whole thing takes less than a minute and only requires your paypal email (to send the coupon). If Bestbuy.com is an 'official' place you could use the coupon on a psn card. Takes a week to arrive though.

Kind of off-topic: One of the newer guys was looking to make buy a Destiny Guardian share but he needed to put up the whole $90 at first and even knowing that he'd get the money back (maybe even within one day, like another cag suggested) transferring the money to paypal from his bank would take 2-3 days and after he got it back it would take another 2-3 days to transfer it back. Dude's user id started with a 'k'?

It might not make a huge difference but sometimes I send from my bank and I do it as if I'm sending money that is already in the paypal wallet. It looking like it's going to charge you for sending from the bank but it doesn't. Not in my experience anyway. Since it's instant that cuts down some of the wait time.

Not sure how paypal would react to someone sending $90 by gift though.

Every time someone says "PM sent" in this topic I slaughter a baby. I can't stand that shit. Why are you telling them you sent them a PM? Would you text your friend saying you just sent him a letter in the mail?

If you are trying to get something done quick (like, for example, someone gets the gameshare slot you are eyeing) it might be good move since sometimes people miss PMs. Still, I kind of agree. Babies deserve what they get.

To all new guys:

If someone only seems to communicate here by PMs make sure to look at the feedback. If you feel something shady is going you might be right.

So first that? LOL! Anyway ! I I Don't Care what you say but i will participate! Cheers ! Have A Vodka Mr Mad Ass!

One of the biggest things for me when doing anything that requires some type of effort (or restraint) with another human is reasonable communication. Sometimes there can be a language barrier but things tend to work out. A stupidity barrier doesn't have that tendency.

That is slightly strongly worded but I think bluntness is needed.

Can you imagine if something goes wrong with an account and if you turned to Cyborg to find out the specifics and he responded with "LOLZ!!"?

Really, I don't know you and maybe I'm wrong.

Is it just me or did like 10 new guys suddenly appear? Not remotely complaining about new people just saying though. I wouldn't be surprised if at least one of them was a scammer though. If someone starts showing up with a handful of resells and already very aware of the terms used here yet they seem to be new guys...

For rent to established CAGs:

Sport's Friends (I'm told it has easy trophies, for those of you without ps+ and love trophies)

You can input a PSN redemption code on the ps3, see that it is still valid and that you have the correct code, and then not redeem it. His got redeemed somehow.

I want to say that if you make up a story and and quickly you might have a chance. I've never heard of it happening though.

Haha. It didn't even occur to me to google that. I'd only searched using the search function in cag at the top of the page. Good stuff. Wasn't even going to post the previous comment but I saw how far this was going.

He also went under "aligsm" and "darkangel786". The user id's are greyed out and unclickable so I assume that means banned.

I was searching for "Arkham City" in this topic and list of:

Was a clear giveaway since that's the same copy/pasted list. This dude spends more time making accounts than... something people do alot of.

You seem cool and I have nothing against you or Elite. Both sides do have a point but I think Elite 'wins' here.

Your point about this price scheme simply being an offer that isn't being forced onto people is accurate. It also seems to go against the attitude of this community. I've seen the thought expressed here before that gamesharing should be about everyone involved getting a game cheaper and that a "business" money making mentality was frowned upon outside of timeshares. Even then those tend to be dirt cheap.

Offering your own pricing scheme that favors you paying less money while not doing anything for the people people putting themselves on the line (the resell and the locked phantom) is really cutting it close, isn't it? It is their choice, true. I could put for sale some super obscure resell at a higher price than I paid for it (yet lower than the standard price) and that would just be someone's choice. It just kind of goes against the spirit here.

*By "business" mentality I mean the money making aspect seems to be looked down on not the good communication, clear goals, or trustworthiness others might mean by business. That stuff is clearly good.

No love for DBZ guys?

The next game is made by the Budokai guys and has some kind of character creation. BOZ can burn.

Sadly, my dad will not be able to partake in my parties for Plants Vs Zombies next week due to insignificant HDD space :( (he's still running on that old phat 40GB). So, I'll be selling a phantom still for $5. I'll probably run out later and grab him a physical copy or just let him use my ps3.

Playing games with older family members sounds like so much fun. The only older person in my family that plays can only be bothered to learn like 3 or 4 games per console generation.