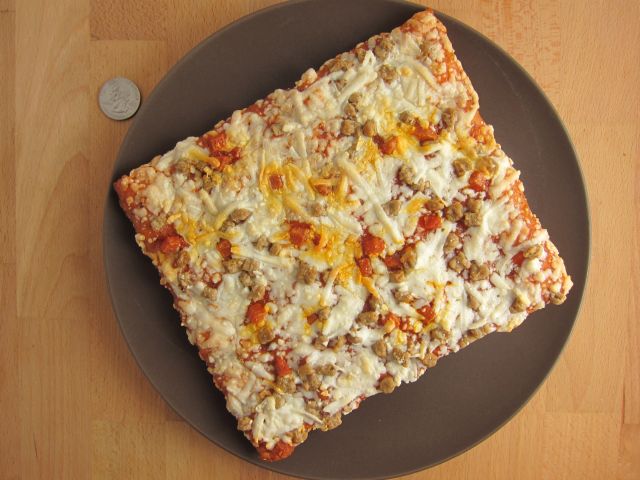 Yep used the coupon. 16GB check - I got the build you and some others recommended [emoji41]:

Sent from my iPhone using Tapatalk

If you're the patient type, check out the CAG Steam buy/sell thread, Steam Trades, the Steam group "Group Buys", etc. to get bundled games individually, if there's only one or two in a bundle you want.

Ok so I have managed to turn my GS trade credit into cash and have narrowed my choices down to these two PCs:

Which one is the better of the two?  UNLESS anyone has any better suggestions.

If you're looking to get a pre-built PC, Dell currently has a coupon code for 17% off their XPS towers. Here's one I configured (the price shown is BEFORE the discount):

Comes out to $1269 before tax. Same price as the HP Omen you linked, but the Dell has a better processor and video card.

Regardless of what you end up going with, one thing you ABSOLUTELY want is an SSD (solid-state drive) rather than a traditional hard drive. The HP Omen you linked does not have one. The CyberPowerPC does.

I play and enjoy a lot of mediocre-to-bad shooters, but I couldn't bear more than about 2 hours of this garbage. Even at 89 cents you're getting shafted.

Any ideas at all or am I doomed to play games with screen tearing? My laptop is Lenovo ideapad 110 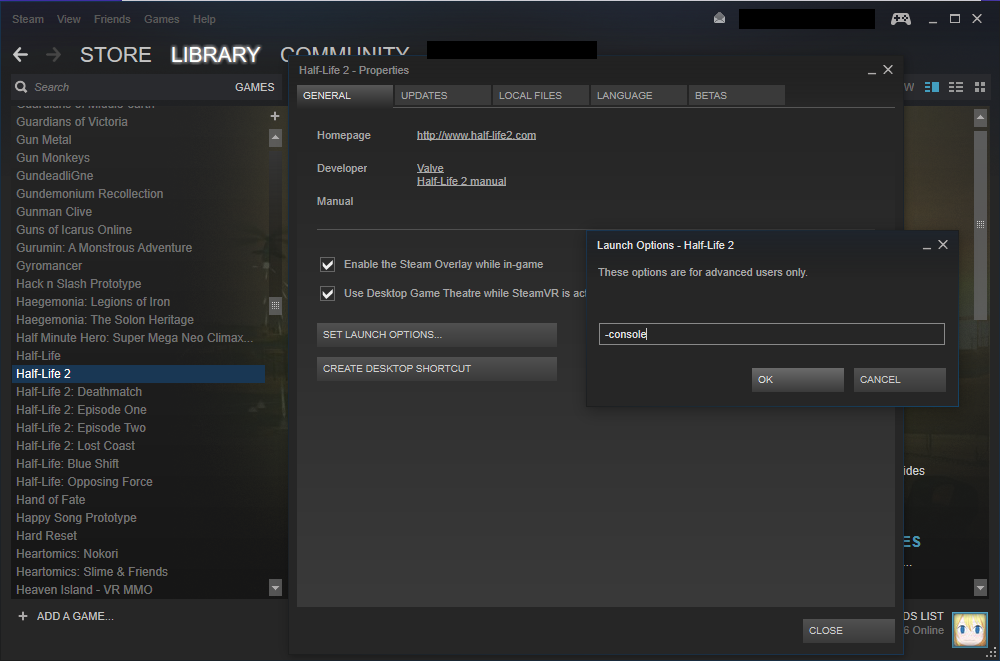 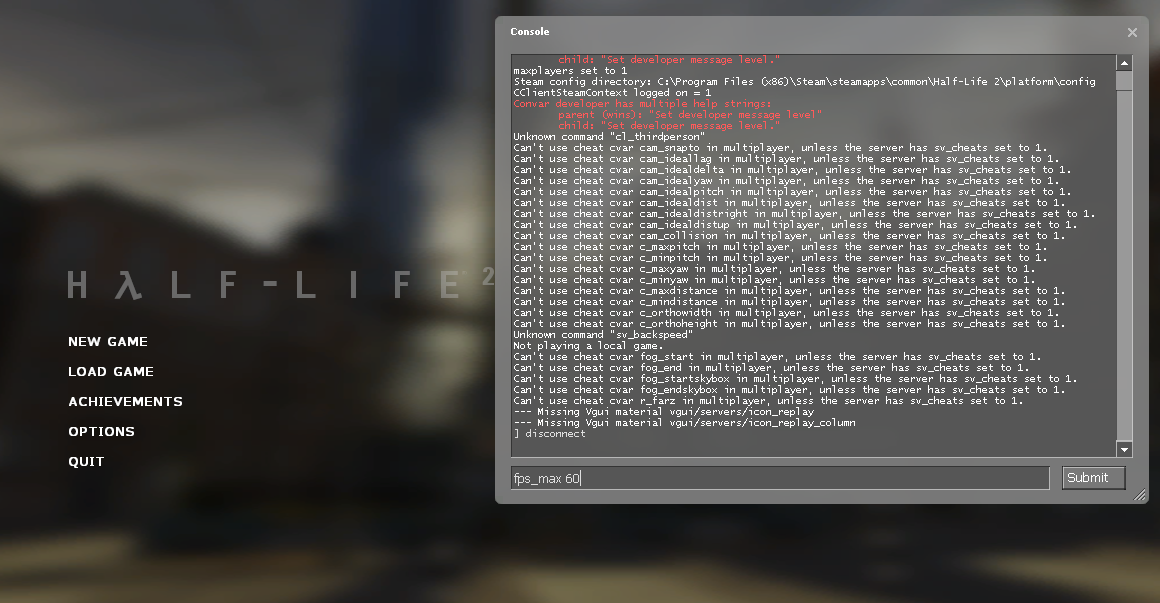 If you don't have any luck you could try also try doing the same thing with fps_max 61, 120, 121, 30, and 31, although running at a low frame rate might feel kind of crappy.
Diagnosing PC problems and issues with games tends to involve a lot of trial-and-error. There's a high chance this won't work, but it's pretty easy, so it's worth a shot.

P.S. I doubt the 360 version of The Orange Box is really that much worse, although it is capped to 30 FPS, and it's backwards compatible on Xbone. If you get too frustrated by the tearing, maybe check that out. Avoid the PS3 version.

It's just a stretch to call it "videogame development" when so little new gameplay-relevant content is being produced, let alone new IPs or even new titles in existing franchises.

I mean I'm all for ongoing support for games, but isn't there exactly one map in DOTA 2? CS:GO is better on that front, but it seems like generally, most of their time is spent making changes for balance, new skins, etc.

It's more like "game updating" at this point. They are excellent game updaters, perhaps the best in the business.

I understand that the market is trending that way, consumers clearly respond to it, and it makes sense from a business perspective. But it's certainly a change from the production we have come to expect from large developers. This is exacerbated by the gap between tiny game devs and AAA studios. The "B" games in the PS2 era that were so prevalent have become far less common. On the bright side, Kickstarter and Steam have helped bridge that a bit, and it is easier to make games than ever.

I also have a big problem with indie developers' penchant for playing follow-the-leader, more so than big studios. Compare the number of "roguelikes" and survival games coming out now to the number of GTA-inspired crime/open-world games in ~2002-2005, or Gears-inspired third-person cover shooters in ~2007-2011. It's a ridiculous ratio.

I won't say it's all bad or wrong, but for fans of "traditional" single-player experiences, it kinda sucks.

Hmm, I have The Wheelman for PC. I have that sitting on my retail box game shelf, un-played.

Anyone here ever play it? Is it decent?

I actually had a lot of fun with it. From what I remember the on-foot segments were quite mediocre but the driving is pretty exciting. You can jump onto other cars and hijack them.

The combination of vigorous crouching headbob, total darkness, a claustrophobic environment and low FOV combined to make me feel physically ill playing Get Even.

I turned up the FOV and gamma but the headbob is animation-locked. I had to refund it. :(

Heads up to those that are sensitive to this sort of thing.

Vampire The Masquerade is not a very good game. It's archaic and you have to do too much to make it work. If you're a dorky LARPer, I'm sure its good stuff though.

Have to disagree, I'm with MysterD on this one.

The atmosphere, setting, characters, writing, etc. are wonderful. The combat is based on a mix of stats, RNG, and reflex/skill depending on the weapon you use. It's certainly flawed, but fun enough. You get some interesting choices with the quests and the experience can be wildly different if you play certain clans (Malkavian, Nosferatu).

The jankiness of the game has been all but eliminated by the patches. And honestly, the frequency and severity of the glitches were exaggerated to begin with. I played it start to finish on release with nothing more than a few crashes.

If you like "immersive sim" type games definitely check it out.

Hello everyone. I have returned from the Dad Dimension for a slop drop. I'm not sure if this will even work but here's a code for the Quake Champions pack that can (?) be redeemed from the AMD Rewards site:

See you all in hell.

Gotta love the internet.  A guy probably committed suicide and the comments are one person concerned about it, a few people wanting help to unlock the suicide note, and one guy criticizing the OP for apparently not committing suicide earlier.  And then here I guess the concern is getting the game because it was delisted?

I hope the guy is alright. Unfortunately he isn't exactly getting an outpouring of support.

But thanks to a lifetime of internet BS having eroded my good nature, I have to wonder if it was a stunt to increase sales, in which case buying it would be rewarding his distasteful behavior.

Well, I would argue that it was simpler in some ways in the "old days." I'm assuming by "turn of the century," he meant the 21st century, which is roughly the timeframe in which I last put together a PC. Since then, I've mostly purchased pre-builts and made minor upgrades. It's probably an artifact of not having been continuously doing this for the last several decades, but it seems as though it's more complicated now to match processors to motherboards to memory sticks and internal drives/graphics cards to expansion slots than it was years ago because there wasn't the same variety out there (and let's not even talk about "liquid cooling"). I try half-heartedly to keep up with major changes in hardware now, but I knew the market backwards-and-forwards when I was in college. I think this post is turning into an old man rant with no purpose, so I'll just end it now.

Eh, I don't know. Even back then those differences existed. Sockets haven't changed much (AMD vs. Intel, new sockets every couple of generations). SDRAM and RDRAM don't exist, it's just DDR. And now, just about everything connects through either PCIe or SATA. No ISA, AGP, PCI, IDE, all that shit. Ethernet is built-in. Sound is built-in. Physical media is all but dead. Hell, CPUs even have halfway decent integrated graphics. You need basically no peripheral cards. Very little mucking about with drivers. Everything's plug-and-play or readily available online.

Installing an OS is super user friendly, and you don't have to do things like mess with physical jumpers for master/slave settings of your HDD and CD drive.

It's a big improvement.

EDIT: Last comment on this boring topic no one cares about. Old hardware holds up better than ever. My Q6600-based setup from 2007, upgraded with a $50 SSD, is my parents' HTPC today. 10 years. Imagine using a PC from 1997 for anything in 2007. That's the stuff of nightmares.

I well remember desktop gaming PCs costing $1500-3000 around the turn of the century too.  There was no such thing as building your own PC then.

This is very inaccurate. My brother's old 486 IBM clone was built by his 14-year-old friend. I remember him upgrading to a Creative brand CD-ROM drive bought from Best Buy along with this in 1994. People who have been around longer than me can probably attest to their experiences even earlier than that.

As Syntax mentioned, it was a bit more of a pain than today's dummy-proof stuff, but you didn't have to be some sort of technical wizard to get it done.

There is an entire category of local computer stores that have gone extinct thanks to the rise of the internet (remember shareware?). Not to mention a few chains (PC Club, CompUSA) and things like computer fairs (the electronics equivalent of a gun show).

I have once again written a blog post about the games I've finished this past year. Check it out if you've got the time: