What would a Switch without a screen be called?
1. No Switch
2. Switchless
3. SwitchTV

I loved Cheapy’s comment: “I have willpower to not buy things for no reason”...proceeds to buy MARIO Maker 2


It should have been called Prime Half Hour. Everything else was junk.

I happened to find the last copy of blue reflection deluxe edition at BIC Camera today. 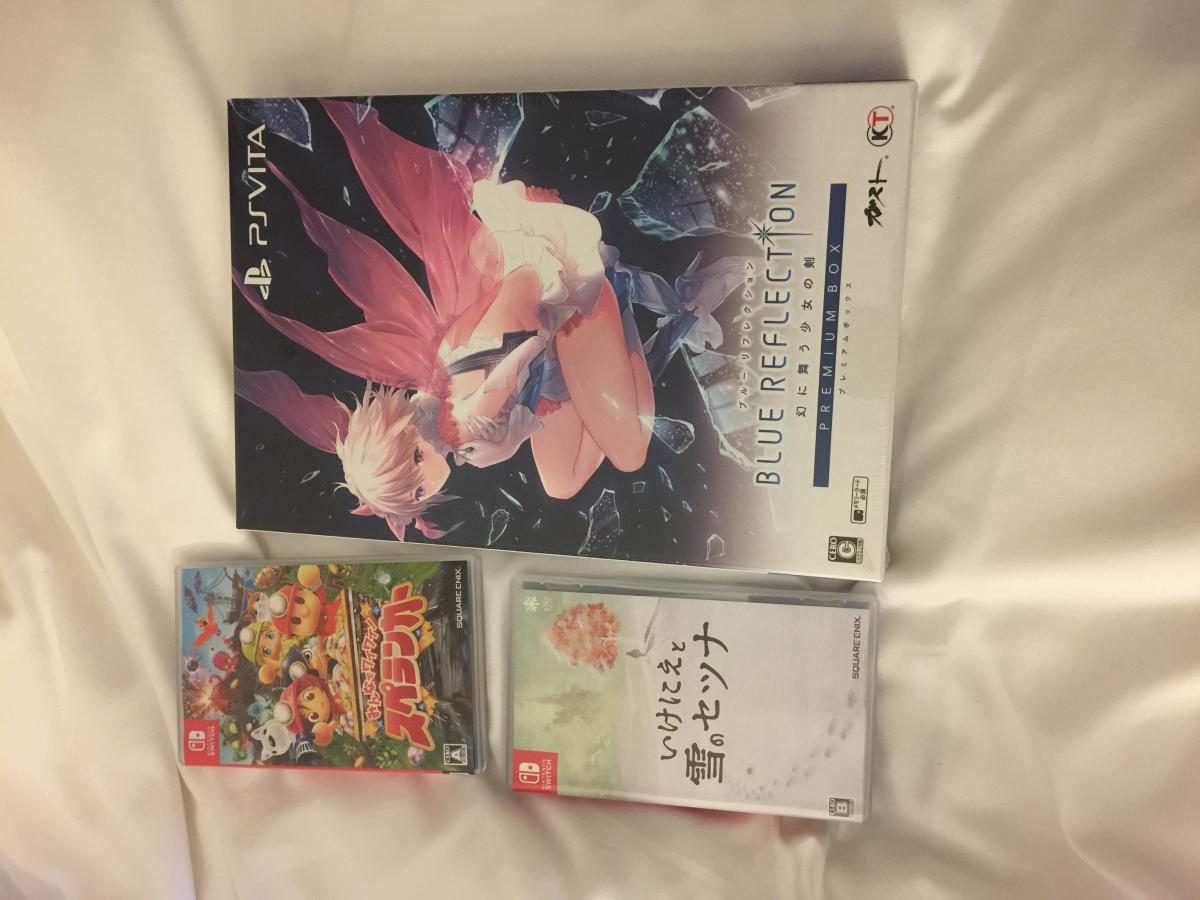 I finally got around to opening my NS today and after playing 1/2 switch & bomberman, I'm a bit disappointed. It just seems another nintendo gimmicky device. The hardware and controllers feels very fragile and cheap. I'm having buyer's remorse, as there are so many great games on ps4 that I have already bought and can not even find the time to play. My kids are pc gamers and the little one just don't really understand how to use the gimmicky joycons. I'm hoping my perception would change if/when I ever find the time to start my zelda adventure.


You're doing it wrong if you didn't play Zelda first. Those other games are crap. Zelda is the One ring.

Are there any Switch game demos available for download on the system? Which ones? Thanks!

If you create a Japanese account, you can download demos of puyo puyo Tetris and DQ heroes

I like how the Japan eshop lists the languages included with games. This going to make it super easy to get Japan exclusives. Several of the games have English. Metal Slug 3, Master Blaster Zero, New Frontier Days, Disgaea 5 there are some others I can't remember now.

This is the one of the hundred frustrating things about the Switch. I want to exchange mine as well but will lose my save. Seriously it's 2017 what kind of amateur shit is it to not have cloud saves or a way to allow me to move my saves to the SD card?

Sent from my Pixel using Tapatalk


We are definitely beta testing version 0.9 of a product.

As do pretty much all airports, one of Nintendo's biggest selling points with the portability. Hopefully they figure this out.

Thoughts on Paper Mario: Color Splash? Trying to figure out where on the spectrum of quality this lands, if it's good (Thousand Year Door) or bad (Sticker Star).

Much better than Sticker Star. I am enjoying it a lot. My only negative is that it is a little easy.

Selling things>>not selling things ALWAYS
I like the rumor that someone at Nintendo loves lines like they have in Japan. They think that is a measure of success.

Really should rename this site SaltyAssGamer.
This is really a you snooze you lose situation.
I had my Twitter alerts up and I bought one with my phone. It took 2 minutes tops. Take this opportunity to be prepared for the next hot item. I learned how to prepare after missing out on Amiibo in the past.


Newsflash: people always bitch about something.

I am looking for a ps platinum or the Kingston Cloud II. Plugging into the controller is not the end of the world for me. Open to suggestions as well. Thanks!

As far as anime on Netflix what's worth watching???


I like Kuromukuro on Netflix. It's a fighting robots anime.
Kabanaeri of the iron fortress is another good one on Amazon Prime from creator of Attack on Titan

It's NOT like Overwatch.
Overwatch plays similar to TF2 that focuses on team game play with a variety of characters that play to each others strength and weakness to do an objective to win the match. It's multiplayer only.

Battleborn has a campaign that plays like a Destiny Strike Missions and a FPS MOBA like Multiplayer matches with a temp DNA sequence upgrade system thats wipes after every play through. The only similarity between the two is that they both offer an array of unique characters that change the style of how you play.

As a general statement (not focuses on who I am quoting) I don't care if people like or dislike Battleborn but please stop claiming they are similar games.


Amen. It is nothing like Overwatch. People who say that have never played BattleBorn. I have both games and I enjoy both. Unfortunately too many people shit on Battleborn early so no one is playing so it takes forever to get in a match.