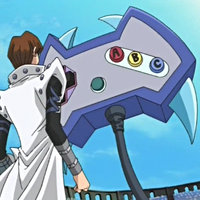 abbabaab hasn't added any friends yet.

I have a 3DS, if that makes any difference.

And this if you never bothered to set up a NNID for whatever reason (you most likely already did this if you've ever bought anything on the 3DS eShop) :

Once you're done with all of that, you should be able to add funds to your Nintendo Account through the website and have them show up on the eventual WiiU once you connect it to your NNID:

Argh I’ve procrastinated so long and I just realized why everyone is freaking out about august even though the WiiU Eshop won’t close until next March. ‍♂

Can I link my wiiu to my switch Eshop account? I was going to wait until sept to get my GameStop Eshop credit and put it on the WiiU but I guess that won’t work.

Are the different versions of MMBN 3-6 different games like FE Fates, or is it small differences like Pokemon?

Somewhere in the middle. For 3 it's the exact same aside from some chips, a couple potential forms, and a side boss or two. In 4-6 it means completely different allies and different abilities from them (as well as different scenarios to match in 4 & 6), but the main story beats remain the same.

Got the email, but no cert. RIP.

I might be wrong, but I don't think the NS has any type of video steaming capabilities (Netflix, D+, etc.) so an OLED screen would likely be under-utilized here.

God, remember just a few years back when we'd all religiously gather here at one in the morning on Sunday to see all the neat gaming deals Best Buy would serve up?

Thanks. I was able to snag one yesterday. I wanted a backup for my New N3DSXL as the dual screen layout makes these games best suited for playing on original hardware. Also, some feel the 2DS is more comfortable in the hand vs the clamshell design but I do use a grip for my 3DS but couldn't find something similar for the 2DS.

Fair warning, though, you won't be able to system transfer to that 2DS, so you need to keep looking if you wanted a backup system for any digital games you might have.

Should have been a three game Zelda set ... not sure why they think a single port of a game that sold poorly on the Wii is enough for Zelda’s 35th. Hopefully they announce more around E3. Might grab that MH Rise console though, I know the EU one includes the game ... fingers crossed the US one does too.

The Direct did say that it would.

Yeah, I got mixed up whether to go with 1 year or 12 months and ended up doing a mix of both.

It might not be as good as what Target had a couple weeks ago for the family membership, but it's something for if you missed out or for those people already on an individual membership plan.

You certainly can find some fun out of it, but I very strongly recommend only playing it in handheld mode. The catching mechanics are quite different from previous games and require actually aiming your throw, which I found a whole lot easier to do using the system's gyro controls as opposed to waving the joycon and hoping that the system reads the throw correctly.

Not that the Poke Ball Plus is particularly much better at it, but at least you have the gimmick of "it's like throwing a real Poke Ball" which gives almost a placebo effect to the whole thing.

As for connecting to GO, that is 100% optional and completely unnecessary unless you are a fanatic about collecting every Pokemon (there are two new ones locked behind the connection, but that's it).

Any idea when Target sales go live online (Midnight versus actually Sunday Morning?) ? If I can get some next gen games I don't have to worry about anything else on Black Friday

Which thread did all this go down in this time?

I was referring to this:

Nintendo has a secret direct at 7am PDT 9/17. There is no info about what will be shown, but speculation is that it will be new games from third parties, and not anything first party related, like the one we got a few weeks ago.

There is no speculation that it will be about games from third parties when they came out and said that's what it will be.

Nintendo has a secret direct at 7am PDT 9/17. There is no info about what will be shown, but speculation is that it will be new games from third parties, and not anything first party related, like the one we got a few weeks ago.