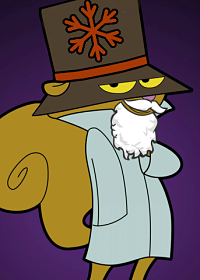 In Topic: PSNOT 2.0 - I kind of want to subscribe to IndieBox.

If he skips 100% of your posts he won't read this one either.

In Topic: PSNOT 2.0 - I kind of want to subscribe to IndieBox.

Just beat Gravity Rush and enjoyed the game a lot more than I expected. Now time to clean up trophies and work on the challenges.

It was the first Vita game I played and I also really liked it, enough that it's one of the few games I've bothered to platinum (quake in fear, Gator). Seriously hope it gets a sequel.

To me Sonic has always been about going fast and semi-memorizing your way through levels so you can avoid traps without having to slow down, because if that happens the whole game sort of falls apart. I thought Generations accomplished this better than probably any Sonic game I've ever played (which is too many for how little I've enjoyed them, though I always wanted to). I don't know when the last time you played the Genesis games, but having played much of 3 just a month or two ago they aren't nearly as open and full of varying paths as you seem to think. Generations melded the old Sonic that usually worked, with the new ideas that basically destroyed the series into something I've enjoyed immensely. I'm sad you didn't like it, but clearly you can't please everyone.

I got none of those, can I spoder?

Considering all the leftovers were gone way faster than they ever have been, I'm pretty sure spoder already beat you to it.

In Topic: GamersGate Thread: (Moved to the Steam+ Deals Thread)

Of Orcs and Men for $6 keeps taunting me, not sure if I'd play it this decade though. I don't want to be the one to make the sacrifice.

Do you like the idea of a Bioware-esq Lord of the Rings B-movie with kind of frustrating combat and characters that talk in hilariously random accents? I can't say it's a great game, but there's something undeniably charming about its mediocrity.