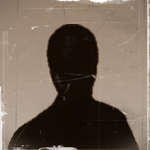 My store that didn't have the games before just put out a new dump of movies in the front bin, and there was one Xbox copy of Titanfall 2 in there.

They also had some decent movies.  I grabbed a copy of the Spiders triple feature blu-ray.

Pretty sure it was part of the deluxe version or whatever of FC5.   I only bought the base version so didn't get it that way.

I don't know if I'll have time for Left Behind, so I might just jump into Part II at the end of the week.

I just replayed the HD remaster over the last few weeks (originally played it on PS3), and I played Left Behind for the first time.  It's not really necessary and just elaborates on stuff mentioned in the campaign, but I thought it did some stuff better than the main story, like having sections where you can avoid some big fights by hiding and making noise and turning clickers or runners on human enemies and just sitting back and watching the fireworks.  But it does give some more character background and is also only a few hours long, so maybe worth checking out if you get a chance.

A long time ago, they had PC games sometimes, and they had original Xbox games. I even got the Burger King games from a local Dollar Tree for Xbox/Xbox 360. But, it has been many years since this has actually happened.

After the whole UMD thing kind of failed, they got in tons of UMD movies, too.  I bought like a dozen movies for my PSP.  And yeah, they had some PC games, especially a lot of PopCap stuff at one point.  But as has been said, it tends to probably be mostly overstock and obsolete stuff publishers are trying to dump, etc.

Mine doesn't even sell movies lol. No luck here.

Most of the ones here with movies just toss them in a little bin in the automotive aisle, if that helps.