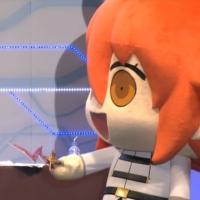 helveticastandard hasn't added any friends yet.

For those who have it/played it, how does Persona 5 Strikers run on the Switch? I would prefer it on the Switch rather than PS4.

It’s really good! Runs smoothly most of the time, but does make some sacrifices to get there (worst offender I’ve seen is some pop-in for ambient objects partway through the second big area) but nothing deal-breaking. Loading takes a bit more than you’d expect, but overall I’m having a good time some 17 hours in.

The eShop is back to orange. looks weeeeeird.

Guess they did kill Mario.

EDIT: a Sega sale just went up. Mario’s dead and they’re dancing on his grave.

A few notable sales today, but I want to highlight that Atelier Ryza is $29.99 (and $36 for Digital Deluxe), which is the farthest it’s probably ever going to drop considering it’s a Koei Tecmo-published game.

I think the only other game of theirs to hit 50% off before this was one of the older Dynasty Warriors games on the shop.

Use this MOVIES ANYWHERE Screen Pass to choose a movie to watch from my list of Screen Pass-eligible movies.
https://moviesanywhe.../SUKPJN3H93XXJA