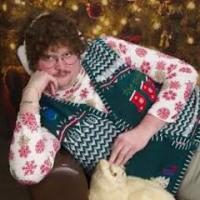 A lot of these games aren't necessarily my cup of tea, but Hitman 2, Gris, Bards Tale 4, and Turok 2 isn't a bad 4 games at all. Hitman 2 is a good headliner but I haven't even touched Hitman 1 yet lol

God of War (Reboot) has had the "PlayStation Exclusive" tag on its website removed, causing speculation for maybe a PC version:

Fwiw this game really is about as good as reviews made it out to be, hope it gets to pc

And yet somehow the flu is still resulting in way more deaths in spite of better treatment and highly available low cost vaccines. At the end of the day, COVID-19, a new disease that’s more communicable and doesn’t have a specific medical treatment, is killing fewer people than something we (the public) don’t even pay attention to. Nobody’s saying business as usual, but everyone acting like the world is falling apart because of a bug that’s just severe enough to potentially kill some of the people who are already at higher risk from essentially any kind of respiratory disease, anyway, is liable to cause as many problems as it solves.

have you considered the reasons the flu kills more people so far is because:

1) in many countries this thing has only recently been introduced and pandemics have an expontential, not linear growth curve and

2) it would be more severe if we didn't engage in some of the measures we are like lockdowns and stuff, if countries have lockdowns and you're saying "why are they doing it not even that many people are getting it" maybe the reason it's not as bad in impact as in projection or rhetoric in some places is because of the drastic measures places have taken

it's just very naive to at the beginning phase of a pandemic (for comparison, the flu of 1918 was primarily active from january 1918 - december 1920, the comments you're making now would be like in february saying what's the big deal about he flu back then) say it's no biggie because it hasn't killed millions of people or something, that's not how a disease works, it doesn't hit the ground running and simultaneously infect everybody over the course of a week or even a month

it's more communicable than the flu, has a fatality rate that appears to be somewhere between 10-40x the rate of the flu, and even mild cases are more severe (it often requires hospitalization, this means if too many people get it hospitals will be over burdened and will literally have to choose who to treat and who to just let die, this is currently happening in italy btw)

tldr we're at the very beginning of this and nowhere near the peak so saying it's not a big deal is short sighted, this is going to be a thing for like a year and a half and the reason people are freaking out and doing lockdowns and stuff is to prevent the worst projections from coming to pass

Nice, it sounds like i felt similarly to blind forest as you did. Sounds good!

Anyone else playing through Will of the Wisps? I thought Blind Forest was fine and was expecting more of the same but my goodness this game is such a significant step above it in virtually every area.

How so? I played blind forest a few weeks ago and i was lukewarm on it. Though it was ok but was disappointed