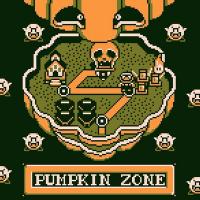 easper hasn't added any friends yet.

Highly doubt it, the maintenance was already planned before this happened. Plus I don't think they could, because what if there's people who bought legit bundle codes? Don't think they'd know which is which honestly.

EDIT: And maintenance seems to be done, just redeemed my code on the website, and it indeed was the full game plus DLC.

Ha. I was mostly kidding, but I was glad to read that it was scheduled.

Thanks for the heads up that the server maintenance was all done. Got my code to go through and it's the whole darn shebang! I'm thrilled. It's glitches like this that make be grateful to be part of this site. Thanks OP!

So, curious, with what you've played so far you think you'll give it another playthrough when they do the enhanced version later?

I also picked this up during the Epic sale and was planning on waiting until the enhanced version hits, but I could be convinced to start early.

Got an interesting mix, Curious to know what you chose. Enjoy !


Wow. Tough to choose but I went with Scooby Doo and KISS to watch with my Scoob-crazed daughter. (Used the second link.) Thanks!

Others have said it before but my download speeds go WAY up if I quit out of any game that’s running. Sucks that it’s an issue but give that a try and here’s hoping they fix it soon.

is there something to click on or look for or does it tell you how much you got??

Thanks! Would have missed it otherwise. There was a box partway down the email that says "Surprise--free gift. Click to see if you've won." Sounds like it's a "until they run out" thing. I got $5.

So my Cyber Monday punch card has decided to stop tracking correctly. What's the procedure for remedying this? Do I use the Rewards email support or do I use the general support online chat?


The first game I bought didn’t register for a couple of days. The second one popped immediately. The third (which should have put me over $50) didn’t pop. I waited a few days then contacted rewards support. That was about a week ago. I got a couple emails saying they were looking into it, but no resolution so far.

What is 6000 points equivalent to in digital currency? I have a pre-order for the xbox version physical cus I like steelbooks but this may push me towards a digital purchase

I'm not exactly sure? It's worth at least $6, but if you are a level 2 MS rewards member, $10 in credit is reduced to 9,300 points, and it sounds like if you sign up for a monthly $10 auto redeem it might be even less? It's not a huge bonus. $10 in BB rewards certs or a $10 discount at Amazon is better, especially if you want the steelbook. I just don't want to stick a disc in my drive if I don't have to anymore. I'm lazy and running out of shelf space.

Although, the game was made during last gen, it's very much a next gen game. It'll run better on a Series. Once you get the whole graphics upgrade you can have a go at a different lifepath, or a massive DLC.

I'll be running it on my One S, but i'm an old fan of the p&p game. I've been waiting for this thing forever and will run it on whatever I can... just give me the damn game already!

I had a Cyberpunk pre-order at Amazon from years back that I canceled last week in favor of a PC pre-order, even though I have a Series X. But now I'm rethinking that. Although my PC can handle ray tracing at launch, my TV is way better than my monitor, the night scenes cry out for HDR, and honestly I'll have plenty left to play by the time the SX patch hits next year. Plus, I have enough MS rewards points to cover the digital purchase on Xbox. The 6,000 point punchcard is icing on the cake.

Here’s one from me. Roughly 100 titles to choose from

Use this MOVIES ANYWHERE Screen Pass to choose a movie to watch from my list of Screen Pass-eligible movies.
https://moviesanywhe.../SCDTLE47B5UPGG

Screen Pass for the Thanksgiving weekend!


Thank you! My daughter has been asking to watch Teen Titans Go to the Movies but it’s no longer on any streaming services we have.

Not a deal, but kind of a big deal to me: a year and a half ago I gave up on Sekiro after getting stuck on the Genichiro and Corrupted Monk illusion boss fights. Thanks to it running at 60fps on the Series X, I pushed through and beat them both! Now I can keep playing (until the next unwinnable boss fight, that is). Almost worth the $500 entry fee just for this. ...almost.

Anyone else having trouble getting their BF sale purchases to register on their punch card? I bought the Forza Horizon 4 add-on earlier and it still says $0/$50. Does DLC not count?

In the black Friday ad. But if you need both, you can get the digital bundle for $32.


Even if I didn’t have MS credit to spend, I’m happy to pay four or five bucks for the convenience and not having to get up to put a disc in my Xbox.

Eyeing the Forza 4 ultimate add-on bundle for $20 and RE3, but thanks to the good advice here I’m waiting to see if there is a punchcard.