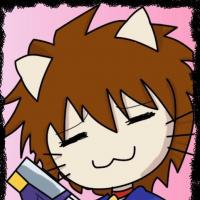 To be fair Souffrir, the only differences between both the the ACA and the CodeMystics versions of The Last Blade 2 is that the ACA NG version is based on the MVS version (with various options [game, audio, and display wise] to change in-game.), the cross-buy/save/play PS4/Vita CodeMystics version is based on the AES version (with the boss character playable, but done as a button code). Some options vary in that too, but it does have unlockable artwork and you can play online against players on both versions.

But in retrospect, both versions will play the same. (Since its the same game with some minor differences between both ACA and CM versions.)

Amazon has Tokyo Xanadu Ex+ Limited Edition on PS4 $60. I'd say for the statue and the game alone, it is worth the price. I am over half way through the game and it is fairly fun but can be a drag sometimes. Statue seems to be good quality.

Well, Aksys' own store has it for $50. Be aware that the threshold for F/S is for orders $75 and up. As mentioned here, yeah, the standard edition is sold out on their store.

Welp, looks like Austrailia is at it again with its... 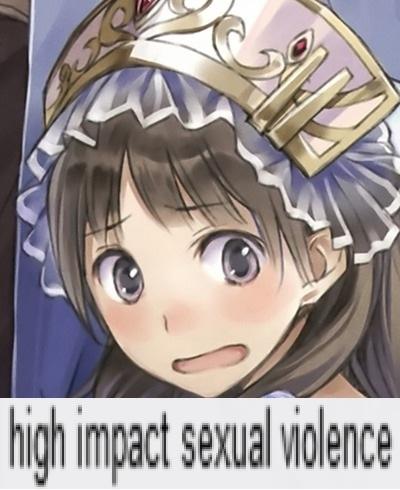 For the small fighting game community out there...

Under Night In-Birth Exe:Late[St] out on Steam on August 20th.

No word on price or DLC included or not. But be aware that its treated as a separate game and not an upgrade.

Oh yeah, for anyone wondering about Future Tone, there's a physical "DX" version, which includes everything from the digital version (Future Tone Bundle and Season Pass content on Disc), except for probably the Extra Encore pack, which costs separately, however, its only in JP/Asia regions (with no English Subs) and kinda costly at the moment. However, the game does include a Platinum for those trophy hunters though, lol.

I doubt Sega would probably do a physical English release of PD Future Tone DX physical, since they've never did so yet. I mean, there's still lately of other Sega localizations, so, who knows.

For those Miku/Project Diva fans interested, there's a sale going on (runs until 7/16/18). The only DLC on sale is the (select) Future Tone stuff (Colorful Tone or Future Sound or the Bundle, and the Season Pass [includes all 3 encore packs and avatar icons for PSN account]). And yeah, also went to Miku Expo this year, it was really awesome, lol.

If the complexity of fighters turns you off, then Blade Strangers is a good opportunity to try and get into the genre. It has very simplified inputs, and I recall correctly, they're similar to Smash Bros, where you can hold a direction and press a button to perform a special attack.

In a sense, its similar to Phantom Breaker with the smash-style special moves too, but both PB and Blade Strangers are different games.

Well...for those on the fence of Little Witch Academia...

Nope, $50, however, its product page is up on the US PS store, and will be delayed to an unspecified date. The release date is practically a placeholder for now. What I can say however, that's a bit too much for LWA in my eyes, lol. But you do get the Grand Charion bonus.

Well, got my 3 months two days ago, code is on inbox/email, waited two days later (as of today), got Rocket League, now waiting on the other 3 month code. But yeah, for those on the fence, here is/was the fine print on the bonus offers.

So yeah, the R.L offer was over since yesterday, obviously, the extra 3mo Gold is still active while supplies last or until the promo is over.

Yeah, rather hope Sega can bring Future Tone DX overseas in English eventually, I mean, its bound to happen at some point.

So...Does anyone want some of the Visual Novels that I got from the Sekai Project Humble Bundle? Its the basic one that has fault milestone one, KARAKARA, NEKOPARA Vol. 0, and Ame no Marginal -Rain Marginal-. PM me if you want a code for either one of them.

All codes are used, thanks for the PM's.

Well, no news sites picked it up yet, but to let you guys know...

Degica is bringing Castle of Shikigami over!

And no, it won't be that shit port of Mobile Light Force 2, lol. Degica will mention more info by next week. (And yes, CoS has had a PC version before (though in JP), this is supposedly getting an actual good official translation.)

Well guys, even if it took awhile, I've already sent most of the caps I've already had to the CAG users that needed, sad to see it go. );-;)7

Well, I did say I was gonna come back before MCR becomes a former shell of itself, so anyways, I brought cap codes as much as I could. (Trust me, its not a lot.)

Per usual, just PM me, this time, anyone is welcome to have more than 1 code due to the old MCR ending, though I might have to limit it for those that desperately need them. I let you know guys when I'm out of cap codes cause I don't have the time to look through them all.

boooo at no TaoKaka or Ragna costume for Doa5

I suppose some guys would already do ones for the Neptunia series, but I've haven't really much looked around on that yet, so...yeah, lol.