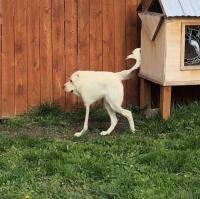 Good gander at the posts I've missed in the last few months, as well as the vets who still frequent this bar/part of town.

Still lively after all this time.

Usually am the one selling/giving away PS3 accounts.....but this time....I am looking for cheapo PS3 accounts.

Anybody got any for sale, like with multiple games/titles?

Been difficult to find lately.

The Christmas aren't what they used to be here now that Yanks is gone and a lot of thread vets rarely post or stopped posting altogether. I remember back then if I didn't check the forum for a day, I had to go through 10 pages to understand what I missed and watch some sweet drama of course.  Everyone has moved on with their life I guess.

The gamesharing thread is a tiny tiny part of my life maybe insignificant but you people always felt like a family to me. I don't even remember if I ever spoke with someone here who wasn't kind to me. And I don't mean just kind... some of you have really gone out of their way to help me with a game or something. Shout out to everyone especially Boosted, Yanksfan, PancakesAreLove, Will2, LaundryMatt, Cojiro, Qdizzle, Mark77, Rainborg and others that name I may be forgetting in this post. You guys are awesome and you are truly what make this little community so great!

Merry Christmas and and Happy New Year everybody! I wish you all the best

Happy New Year to us vets.

FS: Metal Gear Solid V: Phantom Pain Resell - $25
~ There is a locked user on it. He's a vet user.
If it's this difficult to sell these slots, I'll stop selling locked spots n the future.I must also say I'm really enjoying the new Dragon Quest game. Keeping me from spending money on the new tales this week

Less of a hassle if no locked/secondary slots are associated. From my own experience.

My personal perspective is to not deal with them.

Or you can just purchase them for $120 on PSN on the same account if you want, not sharing it with anyone else.

EDIT: Ah, you are new, that explains it.

Now we wait for his Capitlized comeback bout it.

Y'all must be proud of Jarryd Hayne.

I'd have given ya the phantom to it if I hadn't just sold my resell of the game a few days ago.

24 hours on phantom test and still no lock.

It will sooner or later. Can't escape it.

Good to see though it's not immediate as what I have experienced.

Get Donna Burke aka the iDroid/Japan Train lady, on yer phone.

You fellas are going to dig fw 3.0 tomorrow.

Have been on the Beta 3.0 for awhile now and it's got some cool features, such as Communities.....perhaps can make a CAG GS community on there. Request to view someone's game and updated PM threads and Events.

Only thing is.....3.0 makes your PS4 more accessible to Sony servers, thus perhaps phantoms will lock immediately if online. *shrugs* I've tested it on 2 phantoms and they locked immediately on 3.0.

Nooooooo! Wish Neversoft would come back and make THUG.

Don't eat Spam. It's not good for you.

Any thoughts on NBA2K16 PS3 version? Anyone planing to make a group or would it be a waste of money, given the recent experience with 2k15? The last basketball game I had is from 2009... It would be nice to try something new.

Especially after EuroBasket championship, which ended not long time ago. If 2k makes just another squad updated version, they could at least lower the price for old-gen users.

From what I've seen and what others have told me. It's basically the same game with updated rosters and and facials.

Take Two have already started moving away and focusing on current-gen basketball.

Save some money, then come Black Friday/Holiday season, wait for that $50 price cut (same as what Japan/Asia got) and buy yourself a PlayStation 4.

The PlayStation 3 has already started losing support and by late next year it'll be significantly gone.

Heavy Rain and Beyond Two Souls are reportedly being ported/remastered even.

Hey, where in the Sam Hill is Yankeesfan? Thought he'd say something about Yogi's passing or whatever.