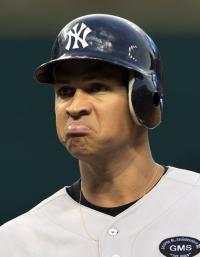 It makes perfect sense.  Sony is so full of themselves at this point that they think people will buy games at full price if they make it too difficult for them to get it on sale.  You, me and everyone else knows that sales help sell games.  Like the others have said, places like Steam and Nintendo will tell you when games on your wishlist go sale.  But we're not talking about Steam, we're not talking about Nintendo or anyone else.  We're talking about Sony here.  If Sony knew what was best, they wouldn't have screwed up so badly on the store. If Sony wanted to give a price discount to sell games, they wouldn't have stopped issuing 20%-off coupons.  Sony's hubris is getting the better of them and they think they can get away with selling more games at a higher price by cutting out the wishlist.  They will eventually learn that's not how it works, but they're not going to learn that lesson until they fail at it first, unfortunately.

I like how games such as Injustice and Lego Harry Potter are in the "Games of a Generation" sale inspite of being games of a different generation.

There is not much dumber going on in video game news then this "outrage" over the Spider-man face.

Wow, last night just before midnight I was loading some games into the app so I could see what the pre-SB values were and Monster Energy Supercross 3 base TIV was $45.   Also confirmed it on the website to double-confirm at it was $45 there too.

I almost flipped.  Of course I saved the value and (of course) this morning it had reverted back to $13 base TIV.  I don't know if that was a midnight glitch while values were adjusting for the SB and SD (Stealth Dumps) or if it was a part of the Just Cause and Final Fantasy value abnormalities people were talking about earlier in the week.  If only I had checked the values Wednesday night...


I posted this first in the cagiversary lounge Tuesday. When jc4 popped up, the common factor was discernible that sale games (not in the ad) had trade values equal to the sale price. The games were ffx/x-2 for xb1, ffxii zodiac age for switch, dq builders 2 for PS4, jc4 and metro exodus for x/p and monster supercross 3 for all 3 systems.

Did this promo end yesterday or is it still going?

i cant say for sure, the ad says its back to just switch games, but the trade page says it goes until 10/5

My copy was delivered in the last 20mins.  One of my kids brought it in.  So, going with BB paid off yet again.  I mean, I didn't save any money but I'm not a prime member so it's nice getting prime like (at least pre-pandemic prime) release day delivery without paying for prime.

Amazon is pretty useless more often than not even with Prime, as they contacted me yesterday to say my son's copy would be delayed a few days. So I just opted to not risk them saying they sold out, so grabbed from Walmart and saved $10 in the process. If it would have been to play now, I probably wouldn't have even used them to begin with, I just wanted to lock in a copy when I had the chance.

Yup I agree with what you said.  And I should have been more descriptive in my previous post.

I just mean "worth it" in a real general sense.  With all respect to subjectivity, if someone asked if a brand new Mercedes was "worth it" for $15k that would be an easy "yes."    I guess this is not an easy yes, which surprises me because of all the hype (including a 50-plus page thread on CAG for an MSRP title).

Is it a "deal" to get these 3 games for $20 a piece?  I'm not sure.  I think the highest price for an "easy yes" would be about $10 a piece for each game...like if the collection was $30. But since I'm not the most knowledgeable on all things Nintendo I was deferring to the Nintendo veterans to ask if these games are a good/great deal at $20 a piece.

For someone who hasn't played any of the three, sure, I think this is a solid buy, so long as the games perform properly, which seems open to dispute at the moment. For me personally, I would probably buy this as a greatest hits at $20, but since it's limited, I'm SOL! I can play M64 on my Shield Portable perfectly, with high resolution as well. Sunshine I really only played once, and that was by choice, as I didn't like it that much. And Galaxy 1 along with M64 are probably top 3 "3D" Mario titles for me(G2 rounding out the top), and I would be happy to pay $20 to get that for the Switch, but that's another option not on the table.

A Galaxy 1 & 2 bundle for $40 as is, or some form of upgrade option for $60 would have been great, but I just can't support such low end offerings at full retail. But I also still have G1 & G2 on my Wii, so I would love to have both portable, so maybe down the road if it happens? There's was actually an official release of Galaxy for Android years back(China exclusive I believe?), and if I looked in to it, I could probably get it to run on my Shield as well.

So my game just arrived.

Typical Amazon... nothing else in box, can see the game at the bottom.. could have placed 50 in this box lol

Welcome to Holiday level packaging, as it only gets worse from here. LOL

I just noticed that the Collector's Edition for MH Rise is now open for preorders at Gamestop.  MSRP is $99.99, which qualifies for free shipping.

I would imagine that other vendors may start to post preorders in the next few days. 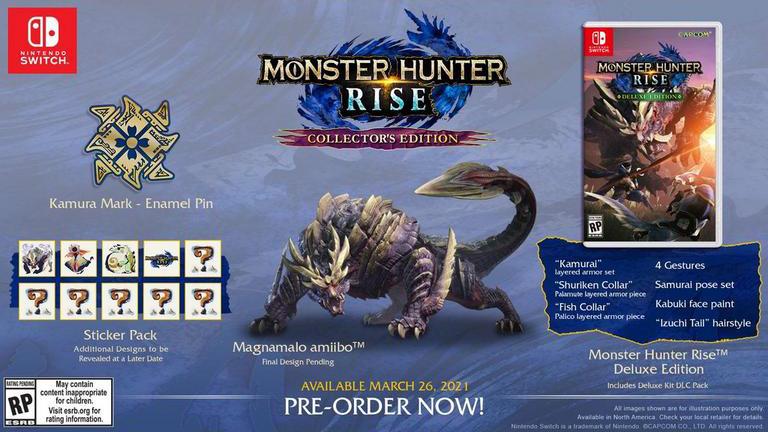 What is the best way to find out what trades Amazon is selecting?   Is everyone is just going/searching by trail and error?

I'm not sure what others use, but "ps4 game", "switch game", "nintendo" etc usually narrows the list down some. I'm sure someone has a script somewhere to use, but I find the app better these days since you can add more than 5 and change quantities.

i use this link, half way down the page is gaming and it seems like the few things they actually accept are in the first few pages.

Calling now to get my game coin for Avengers and a $10 coupon for the spend $60 get $10 promo from August and the guys acting like the $20 is going to come out of his pocket if he gives it to me.

What a cringy, unnecessary video.

Still plan to G2L this tomorrow and maybe repurchase on next gen. Not sure if we can get a free copy on next gen if we bought and traded the current gen version already. I read somewhere that physical purchases would qualify for the upgrade, not just digital.


Next-gen upgrades will likely require the current-gen disc in the drive as a license check.

Traded my avengers back in today. they needed to look up the code in their system. fun game but not enough to justify $60 especially with broken multiplayer. I may get it once it's on sale.

I had traded in some games and pre-ordered Madden 21 MVP Edition (and NBA 2K21 Mamba Forever) and paid both in full. I picked up Madden 21 last Monday and got the $10 Game Coins in my active offers last Friday when the vanilla edition released.