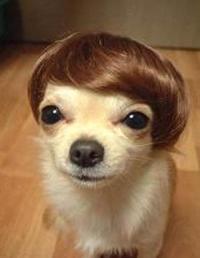 mrarellano4 hasn't added any friends yet.

Not sure which FF Dissidia I should get, anyone know the difference?

Dissidia Duodecim.. that one has more characters and features. Out of the two, you should definitely pick up that one.

Thanks! Found this on the PSN store. Great find.

Oh I'm definitely going to get GCU this time around. Just need to figure out which game to get.

Songbird Edition is OOS, but everything else is fine. Really wanted that statue too.

Hmm, might buy Deadpool. Anyone think it'll get any lower? Would've bit if they had it for Xbox at this price.

To think this was $99 before... I'll probably bite just for that statue.

I got Shadows of the Damned for $1.07 today. Has to be the cheapest console game I've ever gotten.

the ps4 is gonna be fucked... Plus can't handly against Gold now

and to everyone who ever said "the ps3 is better becouse of free multiplayer", now the xbox is totally worth it :3 in a year of gold (just about 5€) you are given 24 games! who needs the sony now? XD

Btw, I remember on Xbox Rewards they were making often questionairs about the live asking what did you want to make it better... and my answer was always "Give us free games". I'm surprised they were actually reading them! XD

I personally view it the exact opposite as does it seems the majority of people.  The XBone is fucked.  A couple free games a month (which you already get on PS+ and have gotten for years) isn't gonna make up for the amount of hate everyone has towards MS for every crazy ass restriction the XBone is putting in place, now that the PS4 has been announced to have none of those restrictions it's all over for MS unless they change their minds.

And this is all even assuming this carries over to the XBone, their has been zero indication so far that this will be the case.

thenutman69321 is right. Also, because the PS4 will charge for online multiplayer this time around with PS+, servers will get a lot better and online multiplayer will be on par with Xbox Live because they'll actually have money to do maintenance and make sure online play is smooth, and I honestly won't mind paying for PS+ when you get free AAA titles. And it's not 24 games, it's only til the end of the year. With the PS4 having no restrictions and MS clearly having them, it's a no brainer. I do however appreciate the free games I'll at least be getting on my 360 (Even though I've most likely played them), I can't complain. Games For Gold is a nice farewell for the Xbox.