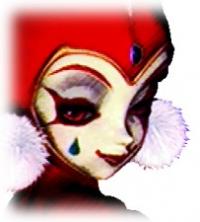 I'll add those that posted later when I get a chance.

For a credit or debit card?  The pending charge drops after about a week to 10 days.  Kind of depends on the bank though (one of my banks takes up to 2 weeks to drop a pending charge).

If you paid by Paypal you paid in full at the time of the preorder and will not be getting that money back unless you cancel the order.

Damn, didn't know about the Paypal thing. Thanks.

Are many here going to play Dragalia Lost? It releases tonight.

Hyperdimension Neptunia Rebirth 1, 2, 3 are $2, $2, $3. respectively. Are they worth getting if I've never played one before?

I finally bought Danganronpa 1 & 2 during the flash sale this past weekend. Excited to finally play them.

I have a discord. From what I see most people just use it as another forum. Most don't use voice chat, just regular text chat.

The only one that really fits what you want is the Disgaea series. It involves a ton of grinding though.

Thanks. Some of those look like Total War games. Those are some of my favorite games on PC. How well do they play on console since seem like it might be harder to micromanage the battlefield?

I know about Disgaea but have yet to play one. I'm thinking of getting the remaster when it comes out later this year.

I was hoping there were more games like that though.

If you don't mind PSP games, there's much more.

Thanks. I don't mind PSP games or classics as long as I can play them on the VITA or console. Some of those look really good.

Can anyone recommend me some good strategy RPG games/series for any PS system?

Something like FF Tactics would be ideal. Also wouldn't mind something like Valkyria Chronicles or XCOM. I haven't really played any other strategy RPGs other than those mentioned.

I missed the Gold event too, but good thing events return. Been grinding the DMC one though then I'll do the Street Fighter one.

Also, I've never played a Dragon Quest game before but the new one looks good. I don't know what I'm getting into, but I can't wait.

I'm enjoying it so far. I never played the PC version so I'm going in blind. My only complaint is the framerate drops. It makes some areas nearly unplayable so I hope that gets patched soon. Other than that it's pretty good for being free.

It was in beta like a month or two ago. Early access began last week for those that bought founder's pack. For everyone else it's out April 3rd.

Tera is coming out on consoles tomorrow. So I'll be playing that for this month.

I would of bought those LEs just for the figures.

Deviljho is already out with some weapon updates as well.

I decided not to use my 20% off PSN store code and apparently you get another when clicking the email. So here are both codes.

Reply if you get one please. They expire today.