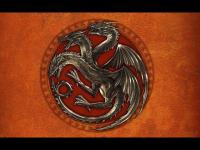 I'm actually watching the series to completion for the first time... I watched the first season or two before joining the military.

It's very good,in some ways superior TNG, and I'm glad I finally have done so. (I got about 7 episodes left.)

The Station setting really allowed for long-term stories and character development compared to other series. I watched through it all myself a couple years ago.

On the topic, is Discovery worth watching?

Yep you’re right I misremembered. My B

No worries, no harm done.

I’m not dense I know what you are implying but that’s not how coupons work unless you aren’t require to buy anything to use it >.<

Is Hades worth buying right now? I generally enjoy Diablo like games, rogue lite games and unlocking abilities/items/whatever and using them in runs. Sadly I'm tempted by the $20 price just cause I may use it as a palette cleanser between me playing some other games.

I don't own it myself but i am playing it via library sharing with my Bro-in-law and I have to say, I am having more fun with it than anything I can think of recently. I've put 57 hours in so far and have no plans to stop. So so good. They keep adding tons of content too with Early Access ending sometime this year. Be aware, i think you could get it from the Epic Store for $10 when it was on sale after their coupon thing.

Sundered: Eldritch Edition is free on the Epic Game Store:

Having beaten this, totally recommend it if you enjoy combat focused metroidvanias, especially since you can have up 4 player co-op with the new edition. While it can get repetitive at times as the combat is wave after wave of hordes of enemies (especially if you die as the map layout mostly resets on death), my wife and I really enjoyed it. Combat in general seemed to be just hard enough as you progress through the talent tree and the game areas and I could instantly tell when I went off track and stepped into a higher level zone as I instantly died. The art style is amazing, especially the boss designs. Very creepy, massive eldrich horror look to them. I really wish their follow-up game was in a similar veinas this or Jotun instead of this management game.

That sounds super-annoying. I was considering watching that.

Honestly, knowing that the 1st season takes places over different timelines is sort of a spoiler if you are wanting to go in mostly blind. It was one of the best single seasons of a show for me in recent memory, IMHO, though the second season really goes off the rails (in some good ways). Looking forward to season 3 next year.

FYI, IPSG is owned by Microcenter so if you have any questions about their stuff, you could try asking MC support.

Source: I used to work at the MC warehouse and then the Home Office. (Man, I miss that discount)

The Destiny 2 purchasing is VERY confusing.  Let me give this a try.  *deep breath*

In the fall it sounds like there are going to be four different offerings:

1) base Destiny 2 game which will be going F2P

The thing is...if you go ahead and purchase the main Shadowkeep game in the fall, it's not going to include #2 on that list according to what Bungie has already come out and said.  So you still have to purchase Forsaken + it's annual pass even if you plan on buying Shadowkeep.  But they could also very well be lying, or have a change of heart down the road and make an all-inclusive Shadowkeep package. (the same way they did when Forsaken launched in Sept. '18).

There is no good way to go about buying this.  If you want to play it now, I'd suggest buying Forsaken + Pass when it's on sale this summer.  But there is also a chance it could be included for free or heavily discounted later.  It's the age-old 'punishment for the core supporters' situation like with World of Warcraft expansions:  people that bought expansion #3 for example were given expansion #2 for free bc they couldn't Gatekeep old-world content like that.  It's anyone's guess how Bungie is going to handle this and they might go back on their word.  Their prerogative is to not lose Forsaken sales before the fall release.

God, I'd forgotten how 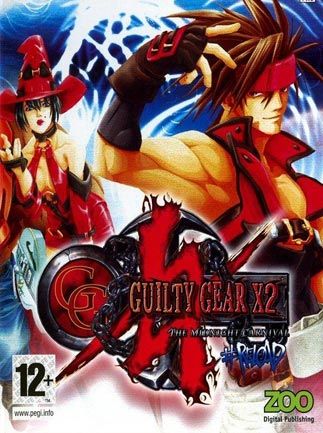 the character portraits in the Guilty Gear XX games looked.

Is that the wrestler Sting? Maybe a member of KISS?

I thought Darkest Dungeon was mediocre at best.  Ropes you in with cool art and the voiceover work but ultimately the game is plagued with uninteresting RNG and repetitive grinding of shallow dungeons.

Eh, to each their own.

I agree on the grindy part of it, it could get very tedious baseline. Thankfully, the mod scene is fantastic and there are several mods that help alleviate the grind a bit and vary some other things.

(And none taken, Mooby )

Also, completely off topic: Darkest Dungeon is on sale for what I think is its lowest price ever (75% off for 6.24)...I've waited years for this to drop in price/get bundled, I'm debating picking it up but you just know it'll be a Monthly headliner in teh next 2 months or something

Also worth noting, I think the sale is to celebrate their announcement of the coming sequel:

Cannot wait, love the first one, looking forward to what they have in store for number 2.

That mac and cheese is incomplete without some pineapple.

Speaking of SWTOR, is that any fun to run through solo? Do you need to pay to unlock stuff or else you're hampered throughout the campaign? Been interested in playing it for awhile but havent been wanting to get sucked into another mmo. If its worth it for the campaign alone though I would give it a shot.

I played a good amount of it (not max level but close to it), though it was mostly with my wife. The writing and voice acting is fantastic, story is well done. While it is FTP, there are some very annoying limitations on ftp accounts such as being unable to move faster with a mount or sprinting until a later level, severely limited number of character slots, or adding additional action bars to your UI (seriously?). However, most of these limitations can be removed by spending at least $5 to become a “preferred” member permanently. It was totally worth it to do so IMO. All in all, if you like SW and need a new MMO to waste time in, swtor is a decent pick.

That's enough to get enough coins for a $5 discount during the Lunar New Year Sale.