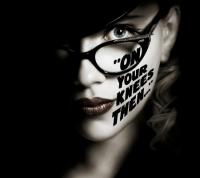 bstringbean hasn't added any friends yet.

The feeling of going from 1080 TV to a 4K HDR Smart TV makes me incredibly eager to get my One X now next week now. \

Same. I got an LG OLED C9 through saved up gift cards and rewards certificates after going 10 years with the same 1080 set, and I'm so glad I upgraded.

Booted up Star Wars in 4K on Disney+ and it's like wearing glasses for the first time, you see so many new details.

GPU drastically cut down my Black Friday spending, I only picked up a couple games, and am more than happy with my foreseeable backlog.

It's a very very long time sink TA's estimate is 200 + hours and I'd say that's pretty fair. The problem is some of the characters have ridiculous requirements for their achievements, like do something 100 times that you can only really do a couple of times during a match unless you go into a boosting session specifically for it. Evolve and Titanfall 1 were far easier.

A few months after release, they substantially dropped a lot of the requirements to more manageable numbers. They still take awhile, but a lot of them are complete-able  within 10 matches or less where it used to be 50 or 100 matches per challenge.

Got 100% in titanfall. It was rough and a lot of repetition to grind stuff out. My leaderboard time on the xbox stats page is like 165 hours, and I still have 4 people ahead of me on my friends list.

May have to check battleborn out before it is done. Anyone play it recently and know if it's active? Would I just be wasting time searching for a match constantly? Don't think I'd want to 100% it unless I really like the game, which I don't think will happen.

Haven't played in awhile, but they've updated matchmaking to supplement with bots  which makes finishing the challenges easier. Traffic is pretty light, though I've seen it occasionally pick up at peak times. There are some challenges you're going to want to find a group to work with, but lots of it is manageable solo.

Honestly, it's such a shame it was crushed so hard at launch by Overwatch. I think it's a great game that's been overlooked, and the low traffic just smothered it further. It's the only MOBA-style game I've enjoyed and has some great Borderlands humor in the PvE missions. I think I'll make an effort to try and finish it before it dies.

Fortunately, its characters will live on as the most laughably forced in cameos to Ready Player One.

Aside from an eye-rolling dramatic reveal, I thought the new Terminator was a lot of fun and a worthwhile sequel to T2 with an unexpected beginning. Like the Force Awakens, it hits some major story beats and moments of its predecessors, though it is not as blatant or on the nose as the Force Awakens. It will not have the legacy or cultural impact T2 did, but it's a fun sequel which kept me engaged through the show time. My recollection is a bit hazy on some Terminator movies as I've only seen some of them once, but this would be my current ranking.

Also, Gears 5 charging $18 for the 2 characters from the movie seems a little steep to me, especially when there is no in-game way to earn them. I know Fortnite charges $10 for skins, but that doesn't make it better, they're just more ludicrous.

It's supposed to be a shocking revelation that a woman can lead an organization. And they drop adequate hints so it isn't that surprising anyway.

I'm not even sure why they mention "once it’s available Holiday 2020" since the earliest you would be able to qualify for the upgrade is July of 2021 (18 months of payments).  I am VERY curious to see what the cost of upgrading to Project Scarlett (by trading in this console) would be though.

EDIT - Interesting.  This link suggests you can upgrade in as little as 12 months if you choose the Xbox One X option.  All the more reason to choose an Xbox One X for this program.  It also lists other interesting footnotes.

The 12 month upgrade option is their holiday special, so you have to do it by the end of this year. So if you signed up the day the program launches (Nov. 18, I think), you could probably get Scarlett really close to launch.

The way they worded the upgrade talk made it sound like the trade would allow you to get out of the other 12 months of your X contract and then simply begin paying for the Scarlett in a new contract. Not enough details have been shared, but I don't think they'll discount the Scarlett with the X trade-in.

Anyone here actually enjoy Agony?  I remember seeing a demo a while back thinking it looks cool, but the reviews are abysmal.

Also... anyone here a TV snob?  I'm looking to purchase one on black friday, and can't get over the fact that I only buy Samsung tvs.  Are they really "better", or is it all in my head?

If you want the most bang for your buck, get a TCL 6 series.

If you want the best TV currently available, get an LG OLED.

Makes me wonder if they're just listing the stuff in random conditions, as it seems like a gamble on what you'll get.

They absolutely do this. Take Amazon Warehouse conditions with a grain of salt. I've received acceptable items that are brand new and like new items that were trashed.

While this is an incredibly weak lineup for GWG, Tembo the Badass Elephant is a good game.

Second this. Oddly, this game was developed by GameFreak who have made most of the mainline Pokemon games and Giga Wrecker Alt.

It is an excellent platformer with a great skill curve and some fun boss fights. Great character animations as well.

If you're going for a full completion there is an easy grind after completing the game, but it will take a few hours.

It's fun, especially if you like sniping unaware enemies. It's more fun with friends. Fun ground and air traversal options.

Similar to Wildlands, if you played that, but more emphasis on incremental gear increases and the ability to switch between first and 3rd person shooting.

10% cash back on Digital movies and TV shows and 3.5% cash back on game purchases made on Microsoft/Xbox store via Rakuten/Ebates. 10% is today only.

I have seen on the Xbox gamepass site there is a quest to get 10k points for 10k achievements starting 19th September for 10 days. Anybody see this on the Xbox app yet?
Also, anybody heard what games are part of this?

TrueAchievements has an article on it, and it seems like Achievements from all Gamepass games will count. I've done all but one of their recommended easiest games to complete for the quest, so I don't think I'll get the full 10K. But, it will be fun to try.

Took the second one. Thanks a lot!

Folks, it is almost time to CATCH A RIIIIIIIIIIIIDE!

Like this post to enter a drawing for a code for Borderlands 3.  Winner will be drawn sometime tomorrow evening.

Bloomy, you're too good to us. Thanks man for all you do.

I hope the borderlands VIP website works better than the shift one. I only ever got like 2/3 the golden keys I was supposed to and when contacting support they said they fixed it and applied what I was missing to my account and should get it over the next week. Never got them so just gave up.

Does anyone know how red box does new releases? Could I go at 12:01 on the 16th to rent borderlands or are they not put in the machine until some time on the 16th?

I used to rent games on release day from Redbox about 4-ish years ago, and at that time, they were available on release day typically before noon. I could track the route of the stocking employee as I looked for availability and waited for them to get closer to me.

I'm not sure if they've changed their method since then.

YMMV, but my local Microsoft Store said they will no longer be carrying physical games and are clearancing out their stock.

Almost every available screen was little kids playing fortnite; it was madness.