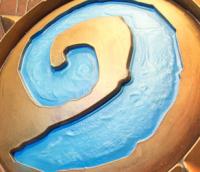 Kamikaze8 hasn't added any friends yet.

Hey all, it's not exactly a game, but I don't think this is against the rules?

Anyways, Hearthhead is giving away five Virtual Tickets for this year's BlizzCon.

Even if watching the event doesn't interest you it comes with:

It's a simple comment and win where you have to share your hopes for the next Hearthstone expansion.