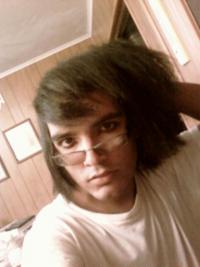 its funny to hear you all say its not a good enough reason not to review the movie. who the

are any of you to decide that?

James very much is someone to clearly point out why he is doing something. Clearly stated he was biased and it was important to him, among other reasons. But nope, CAGCAST just summed it up down to a couple lines.

It absolutely would be an easy review, but maybe its about more than making another 1 million hit video? All your decisions should matter, even those that see meaningless. Even then no one else gets to decide its good enough.

Anyone who actually watched the "no review", would've understood or had more to say if their views were different.

decided to bite....hoping this isn't one that gets a lot of prints and ends up being 30 bucks later XD