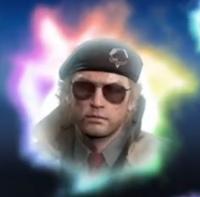 Inriri hasn't added any friends yet.

I opted in while shouting "YOLOOOOO" and taking a selfie with one hand and tweeting it with my foot.

I've never played Shining in the Darkness. I play thru Shining Force 1 and 2 many times though. I've seen that collection before but never paid much attention to it. Looking at the game list I will be hunting down a cheap copy for my backlog and nostalgia purposes.


It's completely different from Shining Force. Have graph paper handy if you're doing it authentic!

I can only close my eyes and wish.


It's never gonna come out man. Just let it go

AC1's formula was "Do these 3 things 4 times!" Which makes me laugh when the weakest parts of Black Flag are the actual Assassin segments.

It's almost like the Templars wanted people to get the idea that being an Assassin was a tedious and boring job.

Have you played both? Does the loss of the gamepad significantly change the game?


It makes inventory management more annoying, but that's about it.

Zombiu was my favorite launch title. Some helpful advice for those picking up Zombi:

-Don't run and gun, you'll get murdered. Also don't go super hoarder with your supplies. The game gives you enough ammo as long as you're smart with it.
-BE VERY CAREFUL WITH C4! It's required to progress and if you lose all the ones the game gave you then you'll have to pray you find another player's zombie and they have it.
-Boarding things up is useless.

So GTA goes on sale like 5 days after I purchase it at full price out of boredom.... I'm gonna end up being one of those guys that controls the sales by the stupid purchases I make the week before aren't I?

Another question, is Thief worth playing? The price doesn't bother me, the time I'll spend playing it is what I'm more worried about. I've watched game play videos and reviews but everyone knocks the shit out of it so I just wanted to know if it's even worth trying...


Thief is pretty terrible. It's linear which is kinda bad for a game about stealing stuff, the ai is incredibly dumb, and the story was phoned in. Plus you have to watch a little cutscene EVERYTIME you pick something up, which is horribly aggravating. If you want a stealth game either get Styx or wait for MGS

I hope the people getting Destiny just want it for the physical goodies. The Taken King will be 40 standalone, but there will be a version for 60 that comes with the base game and previous dlc. Otherwise you're gonna end up spending more in the long run

Nope, just the first. That's why I'm passing on it, because it's such a disgusting rip-off. Even though it was broken, at least Halo: TMCC gave us four games, one remastered, then they threw in a fifth campaign later. $60 for all of that, and we're getting these single-game remakes for $40 each (Gears 1, God of War 3, Devil May Cry 4, DmC: Devil May Cry)? Even Metro: Redux gave us a semi-remastered first game in a two-game bundle for only $10 more.

I'm not TOTALLY against this habitual laziness of developers to just re-release games, as I missed out on many of them (still waiting for the Kingdom Hearts collection on Xbox One, brah). These $40 scams that just pretty up games 5-10 years old? It's embarrassing, honestly. Of course, nothing was as horrific as that Tomb Raider: Definitive Edition that gave us a re-release of a game one year later. It's part of why I'll never buy Rise of the Tomb Raider, Crystal Dynamics should be ashamed of itself.


DMC4 is only 25 and actually included more characters, which is major as the game's emphasis was the gameplay. The Kingdom Hearts games had the side games with them as well (Chain of Memories on the first one was actually redone in 3d iirc). I'm not a big fan of remasters or definitive editions, but some are done well.

The gba FFT was its own creature. Same world name but completely different setting.