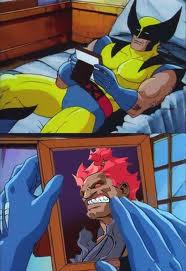 Turbine hasn't added any friends yet.

Is the convert Gold to Ultimate for $1 promo still available? Retired from gaming when Ultimate dropped, let my subscription expire and never resuscribed. Now I'm thinking about getting a console, and this would probably be a dealbreaker. Thanks in advance.

I have been asking this question, and nobody seems to know of care to answer......disappointing message board!

Dissapointing message board ? Try reading it, instead of complaining about it because no one adresses your question directly. Since the deals went live, several of the regulars have been answering that same question over and over again. If you don't bother to read the thread, then don't complain about it.

Can you explain? What was the reason for the chat?

I tried for a refund over a Groove Music code, and given the bad rep that chat support has in comparison to phone support. I was surprised the it took around fifteen minutes to get the refund added to my account.

I don't know if I was just lucky, but I just got 36 xbucks from chat support over a 3 month Groove pass that I got for free with that 1 month trial promotion they ran a coupe of months ago.

Still no Ghost Recon or Injustice 2 beta invite here. Signed up for both immediately after they went live.

Anybody having any luck w/ those?

I am... having the same luck as you. Signed up inmediately too, kind of dissapointed. I guess I was too optimistic, since I did the same for the Gwent beta, and got a code withing the first days of it going live.

So after working on my backlog (As in playing shitty games, then dropping them and marking them as completed) I decided it was time to try an actually good game. Started The Master Chief Collection ( I had never played a single Halo game before), and call me a heretic if you will (pun intended) but I couldn't play it for too long, if it weren't for the engaging story and it's character, I wouldn't have gotten past the first mission.

Unable to tolerate the gameplay while intrigued by plot, I dropped the game and went to Youtube to find out what happened in the first game, so I could give the second game a try. Same thing as before, except this time, I fell even more in love with the story. To Youtube I went, rinse and repeat. Went to the third, and we all know what happened. Long story short, I'm about to give Halo 4 a try, hoping that it goes differently.

In the end, I don't know if it is just me and my high demand for heavy character progression and customization that didn't let me enjoy it, or if the games haven't aged that well. Regardless, the story has given me the chills several times, so much that I wish I had played those games back then.

Does playing a game, not liking it and deleting it counts as working on the backlog ? Because, if it does, a put a serious dent on it, despite being hooked to Overwatch and the Gwent Beta.

Why are people still quoting me to talk about some shit I posted this morning?

I don't give a

Is Overwatch still a thing in here ? I got it yesterday and OMG the grind to 25 is real when going in solo.

Nobody do business with klutcherov... been paid for SEVERAL hours, signed on multiple times with checking messages and no response... I'll change this post if he or she makes it right.
https://www.cheapass...560-klutcherov/

Why in the world would you send first to someone on a relatively new account and no feedback whatsoever, while you have over 50 positive feedback.

I tried that No Time To Explain demo on

After 2 minutes, I deleted it.

I thought that game was a Destiny spin off.

With Destiny bieng such a time sink, i managed to knock out Fire Emblem: Awakening. Having played all portable titles, i fell like this one it's not worth replaying. Is it just me ?

Just finished Galaga Legion DX. Overall decent game. 9 bronze and 1 silver trophies for just beating 10 levels on easy. Glad to delete it from my hard drive. It's been in my backlog so long it had digital dust on it.

Nice! Crossed that out a few months ago. Really fun, although too short.

I was about to quit Destiny because i RNGsus was being so mean to me, no raid gear nor raid weapon; and blam! 10 minutes before the weekly reset our team manage to beat the raid on Hard mode and got the last armor piece get my first L30 (2 guardians left) and the Vex Mythoclast. Therefore, my backlog will remain collecting dust. On the bright side, my backlog is not growing as i have made the decision to stop buying games, unless it's something that i reallly want.