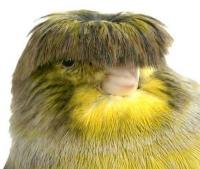 First of all,CS GO will be ported to Source 2.

Sorry if this isn't a good spot for advice. I'll move it if needed.

I'm very new to the pc world and thinking about building one. But I saw this on a local site. He wants $450 for it. Thoughts?

Nop. I would avoid any old AMD CPU like the one you listed there. The problem is that many modern games are not developed with old AMD CPU in mind and usually some ended unplayable.

I know you are in a super budget, but honestly I would keep checking more offers.

I missed Subnautica back when it was bundled.. anyone know somewhere to get a good deal on a steam key?

The problem with Subnautica is that it got a price increase twice, so it will take time to see the game on sale below 15$.

I've used both; the boompro is superior.

To get good sound out of the modmic, you need to use a usb soundcard thingy (that they sell on their site now). The modmic is more versatile because it works with any headphones, but headphones with a detachable cord like the phillips are best off with the boompro.

I see that you are an audiophile so I think you can help me there. I used to have a Superlux 681 + zalman mic combo. Zalman died and the superlux became single once again. Is there any cheap mic like the Zalman (good, pretty and cheap) around? Also, wouldn't mind to change the superlux, my ears suffered a lot.

Also forgot we have DjPedro, here the terror of the east coast.