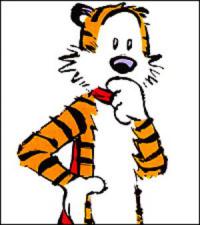 SMT IV: Apocalypse also $5 in store. I got six games for $30, crazy crazy deal!! So there are legendary deals still available.

Ugh, the Chun-Li figure arrived broken off the stand. Doubt I can get a partial refund but might try. Regret this purchase overall: the figures include some of my favorite characters (MMX, Chun Li, and Captain Marvel) but yeah I can't believe these were sold for anywhere above $60 at some point, let alone $170

Ugh, for a long time I told myself I would get Cosmic Star Heroine, but I'm burned out on LRG. Now that it's finally coming I'm wondering if it will be worthwhile to add or not.

Then it's time. Play it or the room will fill with water and you'll die.

Hurricane Irma is coming to South Florida on Sunday morning. It is one of the strongest storms ever recorded and has already battered a few Caribbean Islands. Right now, its projection says it will hit the Miami side and work its way up the coast. I think Miami is going to be another New Orleans+Katrina. People are going to be trapped, city will be flooded and significant parts will need to be rebuilt, etc. A similar situation could happen to the Georgia coastline.

I'm worried about CAGers in Florida. Are you evacuating or shuttering up? More importantly, how are you protecting your collection?

I remember when BandC was first offered and passed, but I did pick up Retro City Rampage Vita from fangamer around the same time. I was following close when they announced Oddworld and was quite excited for that because I am a huge fan of the series. Then picked up Futuridium and Octodad because I am a fan of those two games.

My personal philosophy? I am going to pick up games and series I like, only open them if I don't already have it digitally, but intend to keep them either way. That being said, I still buy them with value in mind. Let's say I fall on great financial hardship one day, lose my job, stock market crashes, etc. I want games that I will be able to sell for close to, or greater than, their purchase price. I don't want a bunch of digital games I can't sell at all or a bunch of Call of Duties I bought for $60 and can't sell. So, I don't buy with the intention of "scalping" per se, but I want to be able to move my collection if the need arises. I don't think that's terribly evil.

Darn. I was just thinking about how I really could use a 12 pack of kids scissors.

Guacamelee is up there in my top 10 for this decade, so I ordered. Very surprised it hasn't seen a physcial release before this. That being said, with Wonderboy, Night Trap, Undertale, and now this, my wallet is running thin...but I still want Ys. First world problems!

I do not recommend power rangers. Maybe if you skip to the last 20 minutes, where the only actual power ranger action happens.

Error'd out on me and sold out at 6:01. They should seriously give you a ticket to check out and wait 60-120 secs, but oh well. Probably shouldn't spend more video games anyway.

Not sure if anyone noticed but there was a Tokyo Mirage Sessions FE special edition sitting at Acceptable for $60 or so. I snatched it up after a couple days. Good news: everything came with it, including a game that I believe is factory sealed and not just Amazon sealed. Bad news, as predicted by it's rating, is that the corner of the box seem worn. If I had been a little quicker on the draw, I might have gotten this new for about the same price a few months ago, but I am happy with the purchase.

I picked up Windwaker Wii U, Ocarina of Time, and Luigi's Mansion

I kinda like to pick up Nintendo Selects from these deals

that being said sometimes GCU will stack with those b1g1 40% off, making that a slightly better deal per game

It was basically a 17 inch screen lenovo laptop (low to mid range, 1 TB of storage, core i3 processor) and a choose your own game  xbox one bundle for 290 bucks. At the time, the xbox one bundle ran for about 300-350, so the deal was amazing. Best Buy chose to honor most of the orders seeing as how the glitch was up for less than an hour. Good times.

Don't forget it had a $50 gift card with it too, just so you wallow in self pity if you missed it