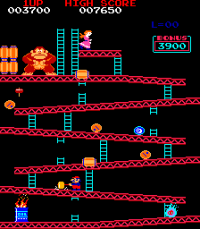 I don't mind paying $20 for newer theatrical to digital releases like Onward or Bloodshot TO OWN, but the 48hr rental for $20 is crazy.

And if you have (or can find) discounted Fandango GCs then makes deal better.

OR wait 2 weeks to watch it on Disney+

And the refund from June you're claiming you didn't get. And I don't need to justify my actions blocking you. I can choose who I do and don't want to deal with and after many instances of whining about my reply time, I decided to not do business with you anymore. I'm a busy guy. I have a life off of these forums. Yeah I travel a whole lot for concerts and many times it is music festivals and I'm away for 4-5 days at a time. Again, I never accused you of scamming. I accused you of making a sock account. And for what? A movie code that you "so desperately needed" from me? Just to turn around and change in mid transaction? Then YOU accuse ME of scamming claiming you didn't get a refund which I've already proven you wrong? If I were you I'd just leave it alone and pray to the forum gods that you don't get banned for having sock accounts.

I apologize, Yes I do see the refund now. I never accused you of not refunding the transaction in June. I never "whined" about your reply time, I suggested you be more clear on your exact availability and clear communication. You accused me of creating a sock account for the purpose of "stealing" even though I had payed you in full. It seems to me that you really have anger issues for which I wish that you some day find peace. This will be my last post regarding this situation unless I need to reply to any further accusations.

This whole thing is petty and stupid. Both of you should be ashamed of how you acted in the situation.

And flooding this topic with this bullshit is something you should be embarrassed for.

I've done business with both of you, and not had any issues. So I would expect better from both of you here.

JB you should have been more patient knowing he was AFK, especially since you were asking for a different code after already agreeing on one thing. Changing the deal mid transaction, you should know to expect some delay/hiccups. I did that to HB once, and he was gracious enough to accommodate me.

HB you should have been better at communicating that you were unable to respond right away, and not gone nuclear on him just because he was sending a message or two a day waiting for you to communicate. If you had just told him that you would reply better once you were home, that could have been fine, rather than half-assed replies and stringing him along. And accusing someone of being a scammer over a small misunderstanding is really tacky.

PayPal can be confusing, and it can be easy to overlook specific transactions and the way things are organized. This could have been handled better by both of you. Seriously, I would assume we're all adults here.

Yes, you are right it could have been handled a lot better, but I felt I had to address the scammer accusation. I just want to clarify that the original transaction that led to me blocked by HB was not related to me changing my mind on the title I wanted, it was only for one title "I can Only Imagine" and then once HB could not provide me with a working code, it was then about a refund, I was over a 8 day period and I was never angry or demanding. If he had informed me a specific date to contact him then I would have left it until then.

Movie code sellers and buyers alike. I feel it is my civic duty to warn you about some shady business before you get ripped off or whatever intentions this user has with the double accounts. The new user "sher5625" that was just created last week is also user "jbloggs" as confirmed by the name on paypal "Pratish Pandit" and email "ebayinquiry@gmail.com". I'm not sure what the purpose of the sock account is but it can never be good. Possibly looking to steal or avoid a suspension. I can see no other reason to make a new account when you already have one for years and years other than to scam. I've contacted the mods about this and heard nothing back, they seem to be non-existent on this forum these days. If you decide to deal with either user sher5625 or jbloggs, they are the same person. Proceed with extreme caution.

While I agree that the new user name is odd, about a week ago I bought some codes from jbloggs and, other than him being slow, had a good experience.  Not sure what that means, but figured I would add some perspective.

It seems like there have been a lot of reports of shady users and dealings over the past week or so on CAG in different trade forums.  It makes me wonder if some user list was breached for CAG or something similar.

I would like to address this accusation by heavenlybearded of me being a scammer. My biggest mistake was I created a second account because I got a little desperate to buy a code from HB that was not available for sale by anyone else at the time, but since he had blocked me (more on that later), I decided to create a new account, buy the code and be done with it. So I actually initially payed him $6 for the "Don't Worry, He Won't Get Far on Foot" code. Before he sent me the code I decided that would rather get the code for "Succession S1" which was $7 and so I sent him and additional $1, so in total I paid him $7. He sends me the code for "Don't Worry, He Won't Get Far on Foot", So inform him of his mistake and that I have not used his code (I have not used his code) and to please send me the correct code. He then realizes that it was my second account and lets me know that he has contacted the Mods and that he will either send me the code or refund me based on response from Mods. I requested that he just refund me, but he did not and still has not refunded me. So I ask who exactly is the one that got scammed here?

Regarding why HB blocked me, This all happened from June 12th to June 19th, over 8 day period. I purchased a code for "I can only imagine" on June 12th, he sends me a non-working code twice, he informs me that he is at a concert with limited time to address the issue and offers to refund me, I send him the info he needed to refund me and I don't get refund, which I needed to buy code from another user. I inquire about the refund and he get very upset about how I'm ruining his time at the concert and that he will block me. I reply with an apology.

You can read the full PM conversion below.

So in summary, Yes I made a mistake to create a second account to get around the block, but I never scammed him out of anything, I haven't and will not redeem the wrong code he sent me and at the end of the day it heavenlybearded who has my $7 which he will not refund. I have purchased and sold many codes here and never have I scammed anyone.

TO REDEEM YOUR $20 IN DIAMONDS FOR FORGE OF EMPIRES:
Download the Forge of Empires app
Open the app and log in as “New Player”
Complete the Forge of Empires tutorial to receive your $20 in diamonds!
SJ5M6B6QB8GX7C4D
5B498SHBWFQ7ZPTP
DG8WM7KBP5NPVDCP
7WXPK5TN8GR1QQ3K
TZPNRQ8X8B5QRPQH
P36MB22XP75DVFC2