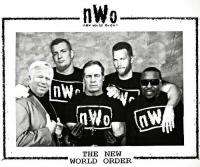 MPGinger008 hasn't added any friends yet.

The bait and switch talk is dumber than talk branding taking advantage of a promotion from a corporation and "flipping" as something other than arbitrage on a smaller scale than the arbitrage done by literally millions of people through the stock market every day.

This is just poorer folks' arbitrage, and in a specific market, is all.

And a word to the wise: If you're thinking of asking a question, check the FAQ in the OP (which has a lot of the details folks have asked for of late, and advice on when to call), or call your local Target. This is one time when calling isn't going to jeopardize the "deal," considering that it's a nationally advertised promotion, and nothing about it (save, y'know, relying on a clearly faulty NextWorth algorithm) is a glitch.

can we kill the bait and switch talk seriously...they even raised some of the trade in values again today i would be pissed though if i traded with the lowered values yesterday and then they raised them again today lol...just remember once the system is back up GO EARLY!

Bait and switch. How dare they raise the values like that.

can we kill the bait and switch talk seriously...they even raised some of the trade in values again today i would be pissed though if i traded with the lowered values yesterday and then they raised them again today lol...just remember once the system is back up GO EARLY!

Target is having a special promo that gives TRIPLE  trade in value when trading in a game @Target 5/18-5/24.

Here is a link to search for games
http://www.targettradeinprogram.com

Credit goes to Rockabye for the FAQ.

Q: What games are eligible?
A: The fine print in Target's weekly ad reads "Games must be in the Target trade-in catalog to qualify. See TargetTradeInProgram.com for a full list of qualifying titles." But that's a long list of games that include even Playstation 2 and GameCube games. Search and you'll know.
Q: Does my Target accept trade-ins?
A: You can search on TargetTradeInProgram.com to find out. Failing that, call and navigate your way to the electronics department.

Q: Where do I go in Target for this?

A: You're going to want to go to the Target Mobile person, who is probably in or near the electronics section. These workers can have different hours than Target does, so calling ahead to make sure someone's there is not a bad idea.

Q: Does condition matter?
A: Trades require original case and artwork (but not necessarily manual) for full value. But there are more than a few accounts in this thread of Target employees not docking traders for having less than that, so there's an element of YMMV here. If you're trading in less than great condition games, you might be docked a few bucks on the value.
Q: How many games can I trade at one time?
A: Fine print again: "Limit 3 games per transaction." YMMV on whether a Target employee will process multiple transactions for you.
Q: And how do I get paid?
A: Target gift card. Unless...
Q: There's a lot of talk in the thread about Florida pawn laws. What is that all about?
A: If you live in Florida, you will probably be subject to a Target stipulation that you use the full value of the cards on merchandise in your visit. This isn't hard, obviously -- you've been to Target before, right? -- but it might be harder if you're made to spend on just electronics, as I and other CAGs were.
Either way, you can probably just buy and return merchandise to get credit back ... or you can take your chances on buying games that might be worth even more if you trade them in.
Q: Can I trade in sealed games?
A: YMMV, though Target employees are going to be opening and inspecting your games, in all probability. (Why would you do this, though?)
Q: How are the values?
A: They range from hysterical to simply really good. With the triple trade-in value, a lot of games that are currently "worth" $12-18 in Target's system can get you more than you paid for the game in the first place.
A sampling of values that were available Sunday:

Super Mario Sunshine - $30.00
The Legend of Zelda: The Wind Waker - $30.00
Mario Kart: Double Dash - $30.00
Q: Oh, wow. I hope those values don't drop!
A: That wasn't a question, but I hope they don't, either. Chances are they will, at least eventually: Target had some ridiculously good values on old games in the summer of 2013, and they lasted for a couple of days before tanking. Fortune favors the quick and jobless here.
Q: So, uh, are we gonna talk about flipping or what?
A: Fiiine. Toys R Us has a promo offering two recent games for $70 this week, which could be lucrative. Meijer and BJ's might have games that could be flipped at well under what you would get for them at Target. GameStop has a few worthy flips, especially if you can leverage PUR and the birthday coupon. And there are games on sale at Target that currently trade in for more than what you'll pay for them, somehow.
Do a little research and you can figure it out on your own. Don't be a jackass -- yes, trading in games that you bought at Target to the same Target on the same day would count -- and you can make sure that your chicanery doesn't screw up the gravy train for other CAGs.
Q: My (game X) is worth (astronomical value Y) and I don't know whether to trade it in. Should I?
A: I don't know! I'm not your accountant/girlfriend/husband/dog!

Went to do a trade this morning and was told that the mobile guy doesn't get there until 2:00.  Well, that was a wasted trip.   He could have mentioned that yesterday that he was the only person that could do the deals.