Jonkai hasn't added any friends yet.

Note to self, just go ahead  and buy this gift card deal the next time it's available.I pretty much just spent near $150 anyways.

Thank Goodness! The oddly spaced drought is over. I would have thought titles like Ghost Recon and Mass Effect would have had the Certificate. Thought they e're going to kill it off for a sec. I expect they'll add a bunch around E3.

FYI, there are some random pieces of black friday sales that are live now. I know because some of the movies and CDs that I was eyeing have hit their target price

I pre-ordered both MGS and Mad Max a while ago... of course they just shipped. If they get to me somehow tomorrow then good, but they won't and I will be angry.

If you guys are still planning on getting The Witcher 3 near its release, then it wouldn't really make sense to cancel your preorder. You'll still get a $10 GC which is still a better offer than any other bonus, not to mention that's on top of your 20% discount. If you're not getting it near release than ignore this statement.

The Sound of Music is on sale and has 30% off Cartwheel coupon.

Well there will certainly be more sales, and who knows, maybe they'll do another one during the playoffs. It's not like these are limited editions, so more will be available, and quite frankly we're only lie 6 months away from 2k16.

Amazon has this bundle for $19.98! Alien Anthology and Prometheus Bundle [Blu-ray] https://www.amazon.c...d_RGgMub1396HD4
At $4 a movie this is totally worth it for me. Especially when the anthology by itself still costs more.

Man, I feel bad for people who really wanted this, missed the pre-order, missed the 2nd lower price pre-order, and then missed it in store (presumably in some cases because some people bought numerous copies for resale) but that thread is one big "I'm special why didn't I get one?" bitch fest. Some of the people in there wouldn't have been happy unless Best Buy had called them up a couple months ago and said, "Hey, we've got this awesome steelbook for Guardians coming up. As one of our favorite, and most devilishly handsome customers, would you like us to set aside one for you in advance? Actually, you've been such an awesome customer, how about we throw an extra one in for free that you can give away or sell or whatever you'd like. Because you're special."

Yeah, sucks it sold so fast a lot of people didn't get it that wanted it, but chill out.

Well I think this is why most people are pissed

So for those saying why didn't you do in-store pickup, its been labeled as sold out on bestbuy.com for over a few weeks now, so unless you were lucky enough to get your preorder in, you had to take yourself to the store to try to get one.

To anyone that bought the Breaking Bad Final Season on Bluray from Best Buy on Black Friday,did anyone recieve the third disk which contained the Mythbusters episode as well? I have to ask cause mine did not.

It seems not after the first production, explanation here

#12078514 destiny limited edition back in stock on amazon 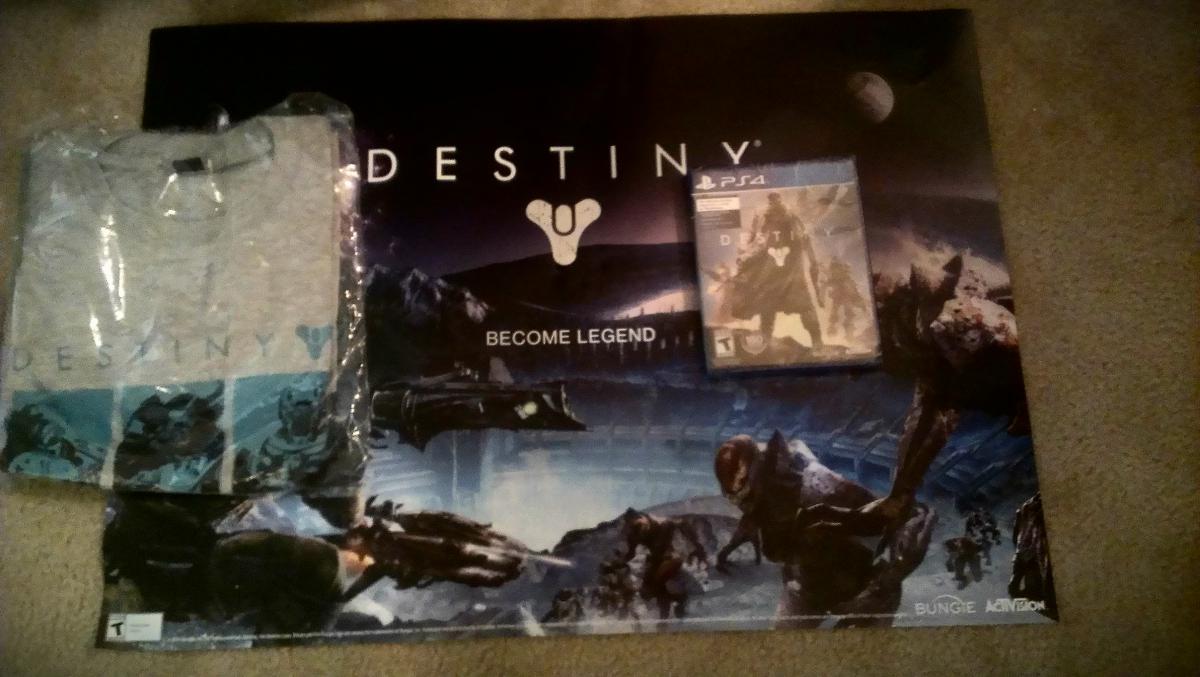 Got Destiny! Didn't get a wristband, but meh (ok I it hurts me a little, but nothing some pew pew can't heal)