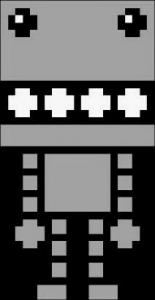 Zantra2 hasn't added any friends yet.

Is this your life mission, posting cartwheel deals? No? Well then simmer down there. You are WAY too invested in this, and are just making a fool of yourself at this point.

You don't get it. It's the principle of the thing.


No. We have forum rules for a reason.

Sometimes really good deals that don't happen very often deserve their own thread. Let's just leave it at that and stop all the complaining.

And, it already has it's own thread. The Target Cartwheel thread.

If you're looking at the "Video Game Deals" section, there are no thumbnails. It's just thread titles. Like I said in my previous post, the THREAD TITLE you put is in fact extremely vague. I don't care if it's on the front page. I don't look at the front page as it's filled with a bunch of other garbage. I don't doubt most people have the "Video Game Deals" subsection bookmarked, or click on it straight from Google.

It doesn't change the fact that my thread was posted 6 hours earlier, and OP even admits to seeing the deal in my thread and not caring. So, he's stealing deals to make his own unnecessary threads. Since this forum would be chaos if people posted single deal threads all of the time. If people made a brand new thread every single time they found something on clearance at Target or Walmart, that is all that this forum would be. A bunch of one deal posts, taking up way too much space. It's also against the forum rules, and the mods would back me up on that. You're not supposed to post multiple threads for a single deal.

The Target Ad thread just says Target Ad 4/22-4/28. And, nobody ever complains about that being vague.